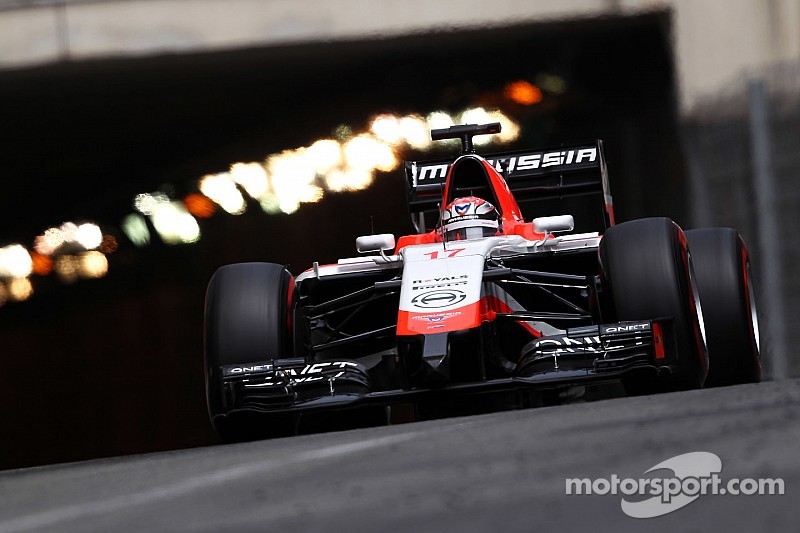 One year on from his superb drive to ninth place in the Monaco Grand Prix, Kate Walker pays tribute to Jules Bianchi and a performance that saved a Formula 1 team from extinction.

This week brings with it the "jewel in Formula 1's crown", the Monaco Grand Prix considered by many to be the ultimate round on the F1 calendar, the race which – above all – tests a driver's skill and mettle as he threads his car around the tight streets at high speed.

For the team that was once Marussia, it will be a poignant return to Monaco, a return to the street circuit that made possible its resurrection as Manor at the beginning of 2015.

Without the points scored by Jules Bianchi following an aggressive overtake on the Caterham of Kamui Kobayashi as the pair rounded Rascasse during last year's Monaco Grand Prix, Marussia would have joined the Leafield racers on the F1 scrap heap. It was only as a result of Bianchi's heroics – he finished eighth on the road, before a penalty was applied – that anyone considered the broke team to be worthy of a rescue attempt.

Jules will be celebrated in Monaco, as he has been since the tragic accident in Suzuka last year, with the Manor team carrying the Frenchman's initials and race number on their cars, while Romain Grosjean has worn a Bianchi tribute helmet for the duration of the 2015 season.

Bianchi remains in a coma in his hometown of Nice, a short hop down the coast in literal terms yet an insurmountable figurative journey, sensitivity demands that public tributes to the 25-year-old are guided by the wishes of his family.

Manor's senior team personnel have spent this week reflecting on their return to Monaco.

"It will be very mixed feelings, it really will. We are carrying the JB17 on the car for the whole year. One thing that really pushed us to keep going over the winter was to not waste that effort."

The effort has been a successful one, insofar as the Manor team is up and running and has been able to re-hire many of the staff after Marussia closed its doors last year. But the success of turning a team in administration into a viable racing outfit is not one that has been repeated on track.

This year's Monaco Grand Prix is unlikely to see an encore of last year's point-scoring success. Even if the 2015 edition proves to be a race of attrition, Manor is running the undesirable 2014 Ferrari power unit in a car that is effectively last year's model.

The 2015 season thus has seen the team hover around the 107 per cent margins, and the new car – originally planned for a debut this summer – may not break cover until 2016 if the team finds it to be a better allocation of its resources.

It will not just be the Manor team who keep Jules in mind while racing this weekend. The amiable Frenchman was a popular figure in the paddock, and friends in F1 and GP2 continue to miss him.

After the Chinese Grand Prix last month, Grosjean's first 2015 points on the board for Lotus triggered bittersweet memories.

"When I crossed the line there were big thoughts for Jules," said Grosjean. "Last time I scored points he was scoring points as well. I think if I can give him a little bit of energy and a little bit of something for the fight he's in – I believe if you never give up, it goes true. It was a s**t day, that six months anniversary.

"It feels hard, he's with me on my helmet, I'm sending him as much thoughts and power as I can from what we do. I'm just hoping that a miracle happens."

Grosjean stays in touch with the family, and wants to remember Jules's fighting performance of 12 months ago.

"Because I've known people that went to see him and I want to keep the image of Jules going for points in Monaco and being happy," the Lotus driver said in Spain.

"I keep communications with his dad, I sent him a letter to read to Jules."

Bianchi remains in everyone's thoughts – especially on this weekend.