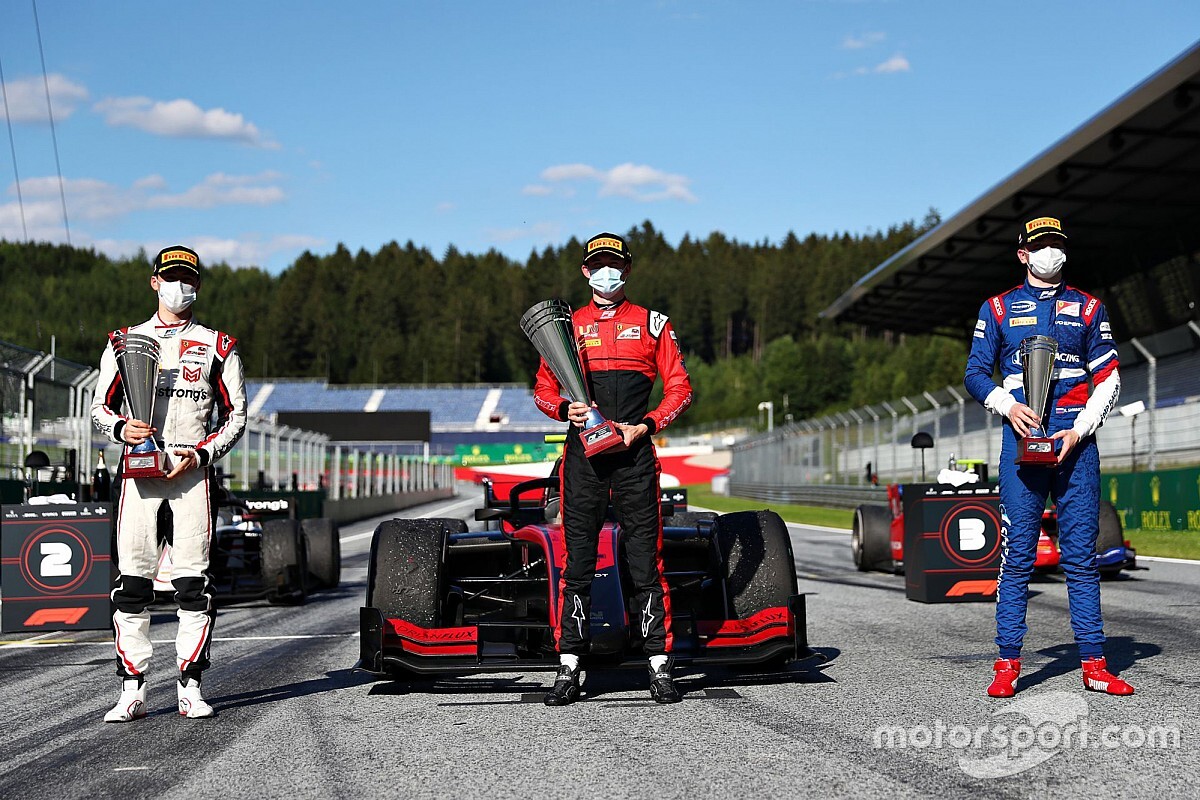 The FIA has revealed the full details on how Formula 1’s new podium procedure will work for Sunday’s Austrian Grand Prix, taking place on the start/finish straight.

As part of the new “closed event” protocols for F1 amid the COVID-19 pandemic, it was confirmed last month that the podium ceremony would be heavily revised to ensure the safety of all parties.

A first taste of this came in the F3 and F2 races at the Red Bull Ring, but full details of the plans for F1 have now been announced.

Upon taking the chequered flag, the first three drivers will be required to slow significantly on the cool-down lap and allow others to overtake, ensuring they are the final three drivers on the track.

The remaining 17 drivers will be required to return to parc ferme as normal and complete the FIA weight check before going to the TV pen for post-race interviews.

The top three will drive to the start/finish straight where they will park in front of the position boards regularly seen in parc ferme.

Only team mechanics and FIA officials will be allowed to enter the area when the driver gets out of the car. The drivers must then complete the weight check before conducing a post-race interview on the grid, set to be carried out by 2009 world champion Jenson Button.

Following the interview, a remote-controlled trolley will deliver water and a towel to each driver, as well as a face mask and a Pirelli cap, both of which must be worn during the podium ceremony.

Individual podium stands will be placed in front of the top three cars for the ceremony to take place, featuring the regular national anthems and virtual country flags.

The top three drivers and the winning team’s representative will each be handed their trophies, albeit not by the regular dignitaries.

This will then be followed by the usual champagne celebration, a hallmark through F1’s history.

A similar procedure was seen in the F2 feature race on Saturday at the Red Bull Ring, as top three finishers Callum Ilott, Marcus Armstrong and Robert Shwartzman conducted their interviews and celebrations on the starting grid.

The F3 race podiums this weekend took place in the pit lane.