Red Bull Racing Formula 1 team boss Christian Horner says that Sergio Perez's confidence has been boosted by a set-up that is better suited to his driving style.

The Mexican has struggled for most of the season to match the pace of his teammate Max Verstappen, outqualifying him just once across 2021.

Although Perez scored his first victory for the team in Baku in June, he endured a difficult run of six races between the British and Russian grands prix - in which he scored just 16 points.

During that run, he endured the misfortune of becoming a victim of the first corner crash in Hungary, and by a pitlane start after a power unit change in the Netherlands.

Perez has bounced back recently, taking third places in both Turkey and the US.

At Austin, he enjoyed one of his strongest qualifying performances of the season, starting third just two tenths off Verstappen's pole time.

Horner said that the timing was crucial, giving the team a rejuvenated Perez to support Verstappen's championship challenge as well as the team's quest for the constructors' title.

"I think it's confidence," said Horner after the COTA event. 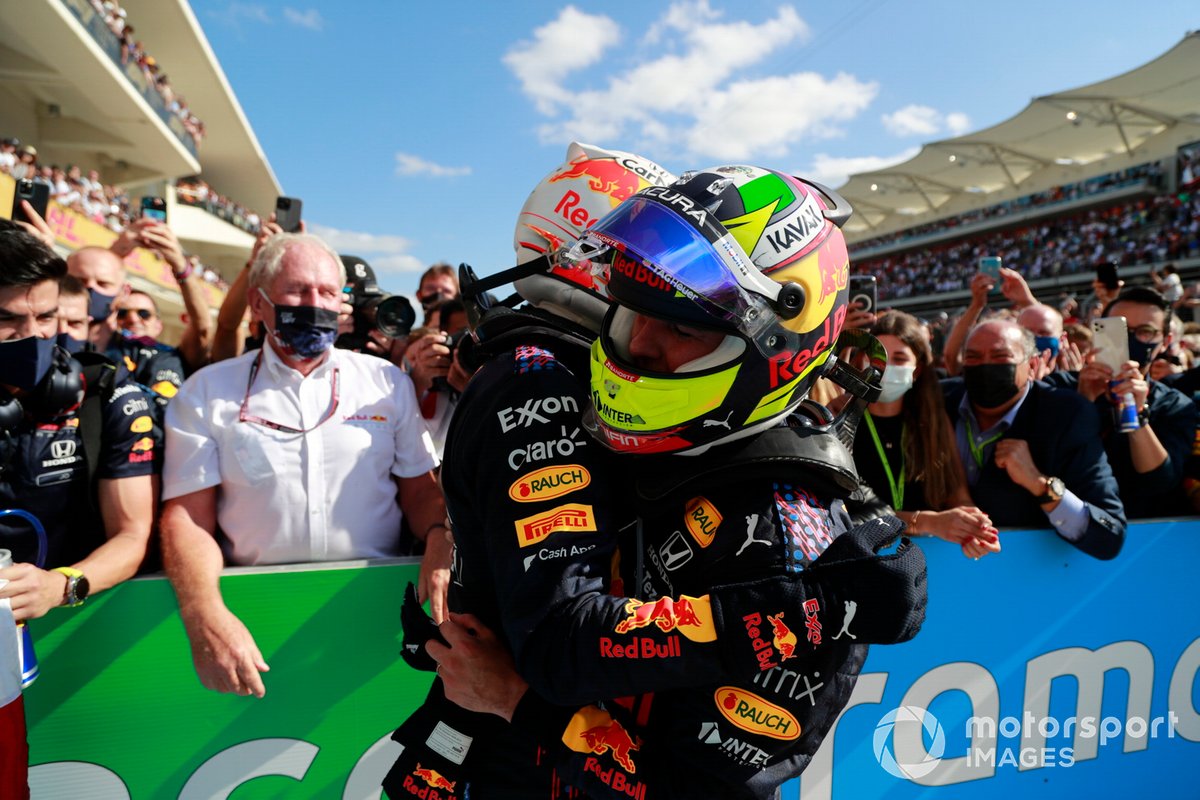 "He had a strong Istanbul, and he has been on the pace all the way through this weekend. So I think it's just confidence. We need him delivering at this time of year. It's a great result for him today.

"I think we're managing to find a set-up that works for him. And managing to optimise the car around his style a little more.

"There are some important races coming up, so we need doing what he did today.

"He was unlucky not to get the pole yesterday. And so it's been been great progress for him."

Perez is optimistic about his prospects for his upcoming home race in Mexico City, a circuit at which he has never finished higher than seventh since the Autodromo Hermanos Rodriguez race was reinstated to the calendar in 2015.

"I think we have a good package. We will be strong over there," Perez said.

"Typically, Red Bull has been extremely strong in Mexico, so I look forward to it massively and I really hope that we can keep going on the podium again."