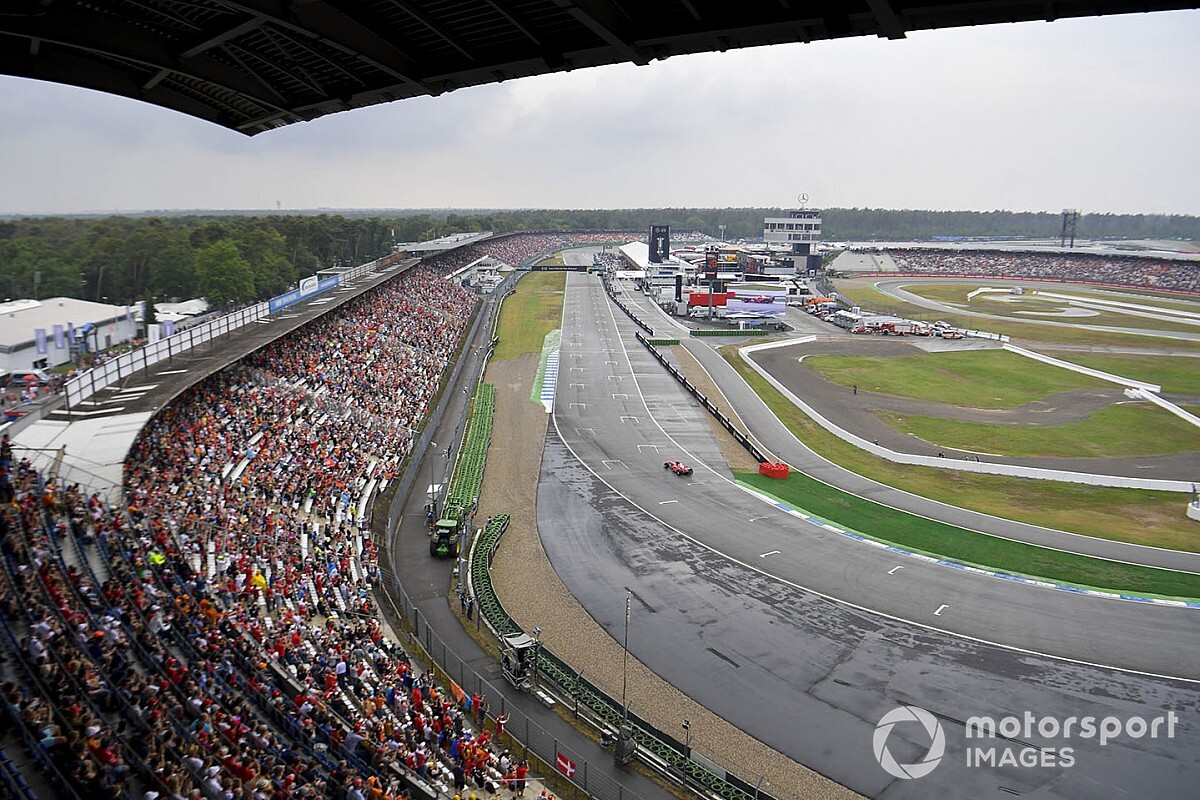 Hockenheim race chiefs say that talks with Liberty Media about it joining the Formula 1 calendar have accelerated in the wake of fresh doubt about the fate of the British Grand Prix.

As reported by Motorsport.com on Tuesday, the planned Silverstone races in July are now at risk of being abandoned, with the British government looking likely to not grant F1 personnel an exemption to imminent quarantine restrictions.

If F1’s final lobbying efforts to the UK government are unsuccessful, then there will be no chance of the British GP going ahead if personnel have to stay in isolation for 14 days beforehand.

The uncertainty about Silverstone has resulted in Hockenheim emerging as the favourite to replace it, with the circuit having had preliminary discussions over recent weeks.

Hockenheim managing director Jorn Teske has now told Motorsport.com that talks with Liberty had recently stepped up and were now focusing on practical matters.

"It is indeed true that we are still in ongoing talks with Formula 1,” he said in an exclusive interview. “We've moved from a casual conversation mode to a mode of sounding things out.

"We are sounding out under which conditions such a thing could be possible – [such as] the approval situation, infection situation, track availability. And, of course, economics. These are all important issues."

Teske says that the British government’s stance had boosted Hockenheim’s hopes of being back on the F1 calendar, but he was clear that its fate was not dependent on Silverstone not happening.

"It does indeed look as if the political decision on the subject of quarantine exemptions in England could have an impact on the European racing calendar and therefore on us,” he said.

“However, this does not necessarily mean that we will automatically be out of the race if the British Grand Prix takes place.”

Teske reiterated comments he has made recently, however, that hosting the German GP would need to make financial sense for the track – as with no spectators there were no obvious revenue streams for the venue.

"We cannot take any economic risk in hosting Formula 1,” he declared. “We're sticking to that. And I will go one step further and say: in a year like this, we have to earn money. There's no other way.

"We haven’t been able to run a decent operation here for months, and couldn't hold a race event. We have to compensate for that to some extent. So for a period of time when F1 would be here, of course we would need a minimum turnover for it to make any sense to us."

While Liberty is hoping to host all its European race in a bloc in July and August, starting with the Austrian Grand Prix, Teske believes that there will need to be some flexibility with the schedule in order to react to a change of circumstances.

"I can imagine that there will be a provisional calendar with a few asterisks,” he added. “That is especially true because the legal situation in some countries cannot yet be seriously assessed.

“The topic of coronavirus with various regulations is very much in a state of flux. What is valid today may not be valid tomorrow.”

A decision from the British government on whether or not F1 and other top level sports will be granted exemptions from quarantine plans is expected before the end of this week.