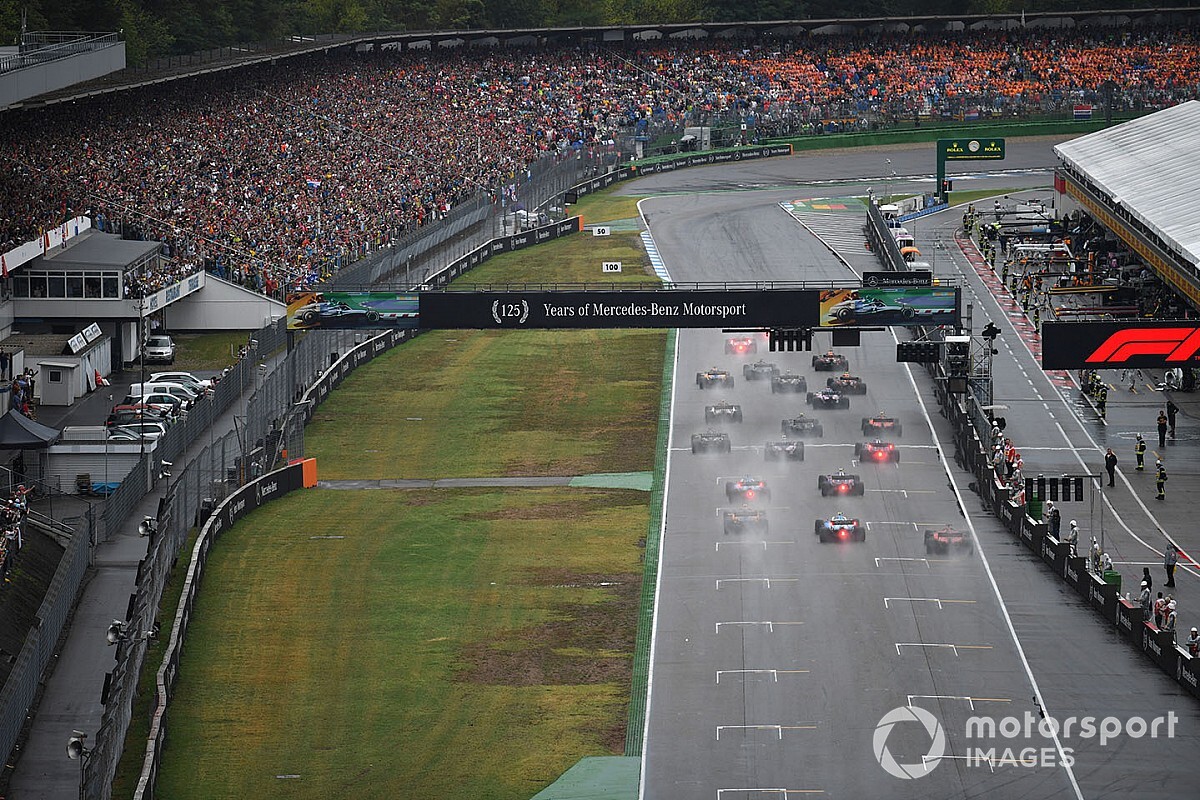 Hockenheim has confirmed it is in early talks with Formula 1 over the possibility of hosting a grand prix in 2020.

After securing title sponsorship from Mercedes to help keep the German Grand Prix on the calendar for 2019, Hockenheim was unable to reach a fresh agreement with F1 to host the race again this year.

The German Grand Prix did not feature on the 22-race calendar initially planned by F1 for 2020, only for the COVID-19 pandemic to result in the opening 10 rounds to be called off.

F1 officials are now aiming to complete a run of European races behind closed doors over the summer - prompting Hockenheim to throw its hat into the ring as a potential venue.

"I can confirm that we are in talks,” Hockenheim CEO Jorn Teske told Motorsport.com.

"We were and are in contact with our colleagues from Formula 1 from time to time anyway. After so many years of partnership, it is quite normal to ask each other what the respective status is.

“We are in dialogue regarding these topics. And we have also talked about the uncertainties of the race calendar in Formula 1.”

Teske said that while early talks had taken place, they were yet to discuss any potential dates or contractual terms.

"We talked about whether such a thing is possible, how it would take place. We exchanged ideas casually,” Teske said.

“But not about dates, conditions, contract set-ups, which are absolutely necessary in order to be able to seriously examine something like this. It didn't go that far.”

Hockenheim has previously stressed it would only host F1 if the race was financially viable for the circuit after struggling with sizeable hosting fees in the past.

Teske said this approach would remain unchanged if the track were to host a race this year, which would likely take place behind closed doors.

“We have always said that we can only host Formula 1 on the condition that it doesn't bear an incalculable financial risk for us,” Teske said.

“That was our main guideline for the last few years. We always stuck to it, and we managed to find contractual set-ups that fulfilled just that.”

F1 is aiming to stage races in Europe through July, August and September, starting with the Austrian Grand Prix at the Red Bull Ring on 5 July.

The European races would be run behind closed doors so long as national restrictions remained in place over social distancing and bans on large public gatherings.

Teske said Hockenheim would be happy to stage a race without fans, so long as all the conditions set by the local authorities were met.

"If we can ensure what is required by the authorities, and the economic aspects make sense for us, then we at the Hockenheimring would not close our minds to [a race without fans].

“However, we still have to conduct these talks. It is not as concrete as some might think at the moment."

My job in F1: The head of communications