Hockenheim out of running for 2020 F1 race 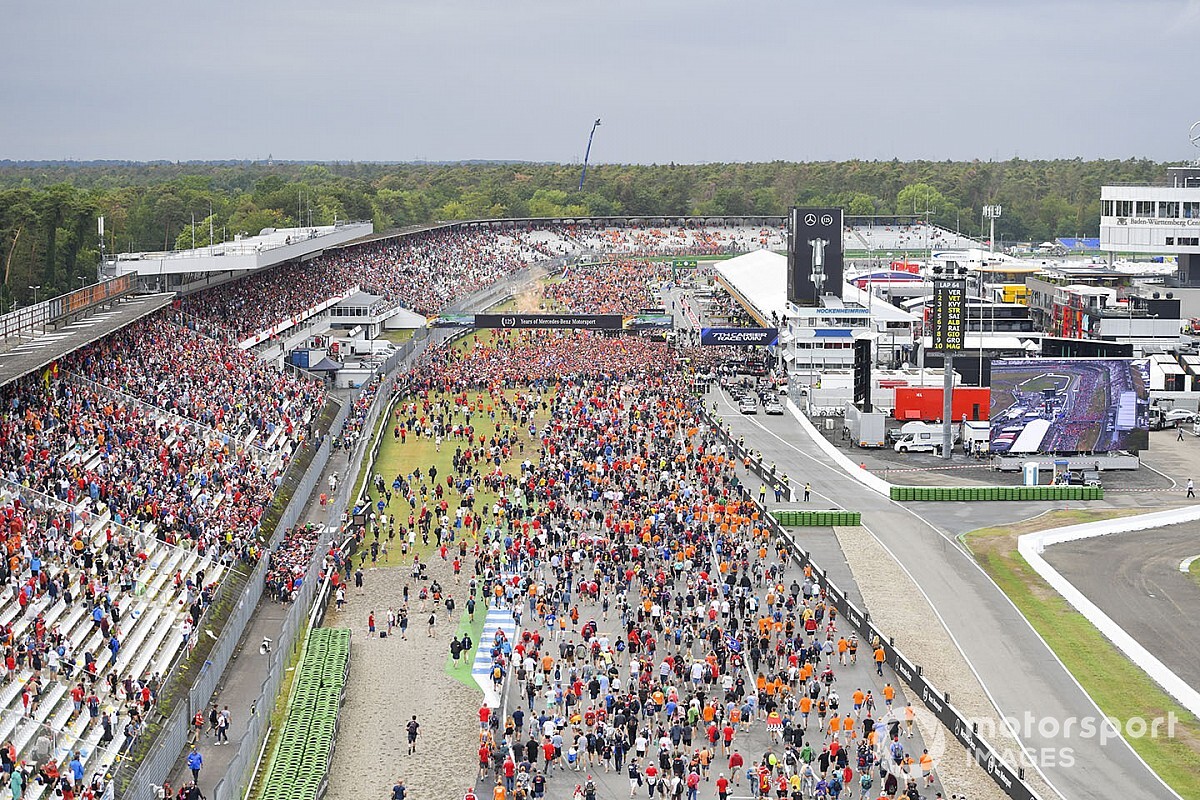 Hockenheim has revealed that it is now out of the running to hold a Formula 1 race this year because of the strict limits on the numbers of people who would be able to attend.

The German circuit had been one of the leading contenders to grab a European race slot this year as F1 chiefs look to fill out their calendar.

But despite lengthy talks with F1 owners Liberty Media over potentially hosting a race later this year as part of a triple header in October with Imola and Portimao, Hockenheim's hopes of hosting the event are over because it was impossible to guarantee that enough fans would be allowed in to the venue.

F1 is hoping that fans can return to races by September – with the current plan being for spectators to first be allowed back at the Russian GP. Tight local restrictions in force in the Hockenheim region, which limit gatherings, are unlikely to be lifted in the short term, and that means the circuit has no chance of getting the green light for a race.

Hockenheim’s managing director Jorn Teske told Motorsport.com: “From today's point of view, for a potential race in October, we cannot assume that an event with more than 500 spectators would be possible.

"So from an economic point of view, this makes us less attractive for Formula 1 than other race tracks where they are allowed fan events under certain conditions.

“Therefore it will not be possible to live up to our offer, which was to hold a grand prix under the special circumstances of the coronavirus crisis. We can confirm, therefore, that there will be no grand prix at Hockenheim in 2020.”

Hockenheim’s demise has prompted suggestions that the Nurburgring could now take the German GP slot, but there are questions over whether holding a race there in October would be feasible because of the poor weather.

However, the restrictions regarding spectators in that German region are more relaxed, which means Liberty could push on with an event that included fans.

A spokesman for the circuit told Motorsport.com: “There is nothing to report at the moment. The discussions between Formula 1 and the Nürburgring have taken place again and again since the last event in 2013.

“We have spoken to each other again this year. As we have always emphasized in the past, the [Formula] 1 race must also make economic sense for the Nurburgring."

The "borderline outrageous" car that could change F1 forever