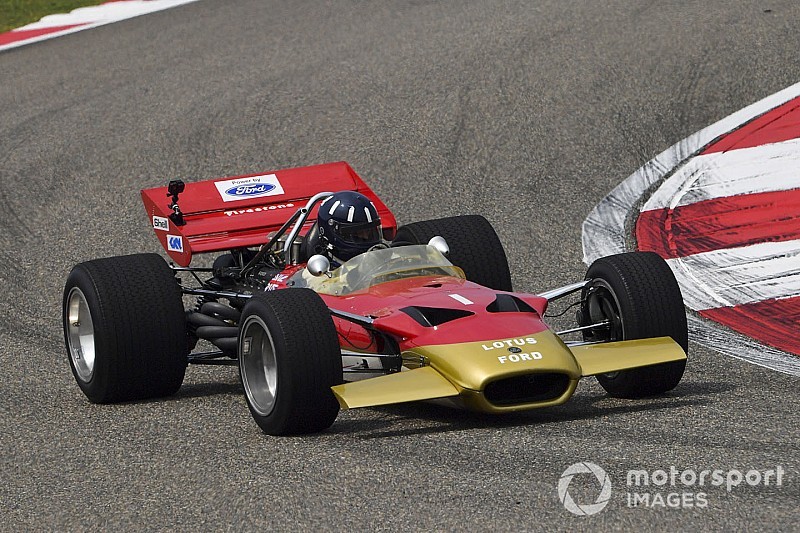 Damon Hill has driven the Lotus 49B with which his father Graham won the 1969 Monaco Grand Prix in a demo run in Shanghai.

The R10 chassis in question was also raced by Jochen Rindt and Emerson Fittipaldi, enjoying its last outing in the Brazilian’s hands in Austria in 1970.

The Lotus was the only classic Formula 1 car to take to the track today as part of the celebrations for the 1000th World Championship race.

“It was great fun,” Hill told Motorsport.com. “I’ve driven 49s before, but I’ve never pushed them, although you’ve got a bit of space here.

“It’s very odd getting in – the way you get into them is very unique, because the steering wheels don’t come off. I can remember watching my dad getting in, and I’m putting my hands behind me and sliding in just like he did.

“So I have a little bit of a giggle to myself about that. However, he would have been 40 when he was driving it, and I’m a bit older than that now!”

Hill has driven his father’s cars so often that it’s not as meaningful as it might have once been, and he says he got a bigger buzz the first time he was reunited with his own Williams FW18.

“I think I’ve got over it now. Although I did get emotional driving my 1996 car at Goodwood, because I hadn’t driven that car since I got out of it.

“All I can say is that the environment is so familiar, having had such extreme experiences in it, that there’s some sort of memory thing kicks in. You remember who you were as a racing driver at your peak, and that’s a very strange feeling.” 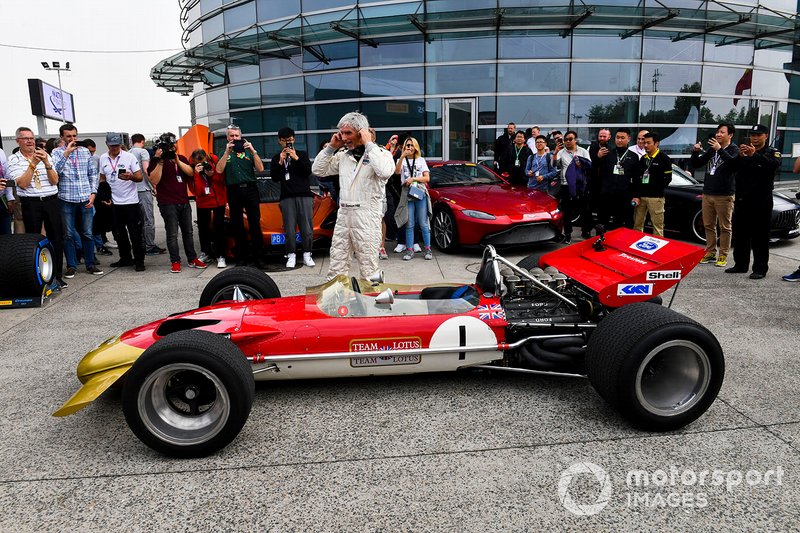 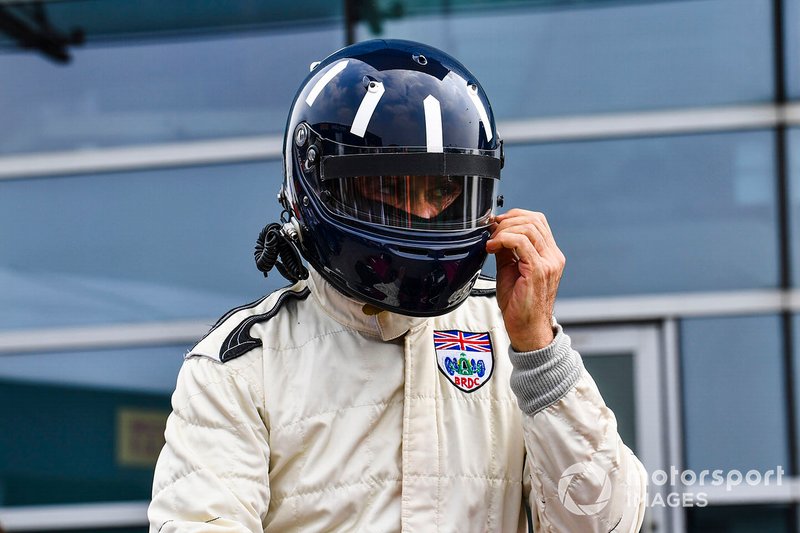 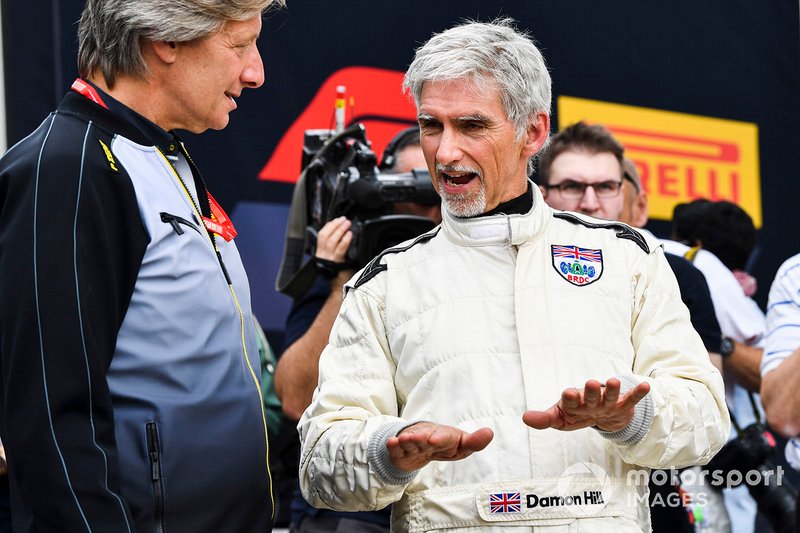 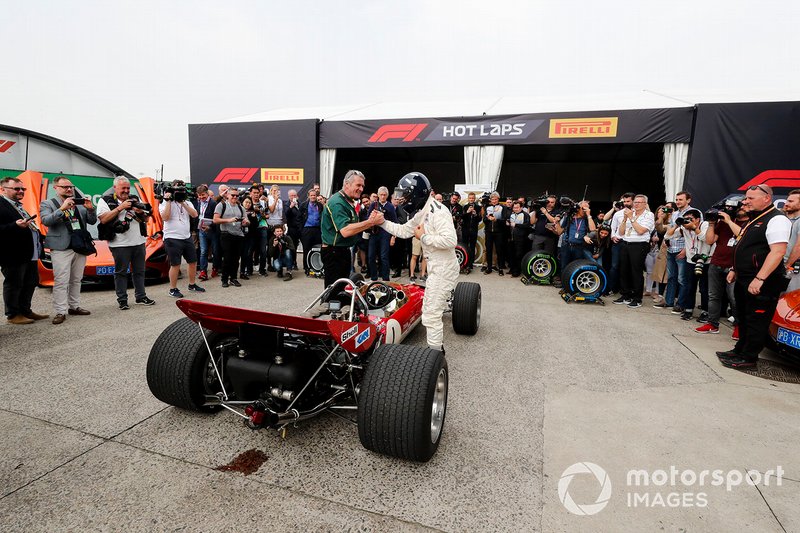 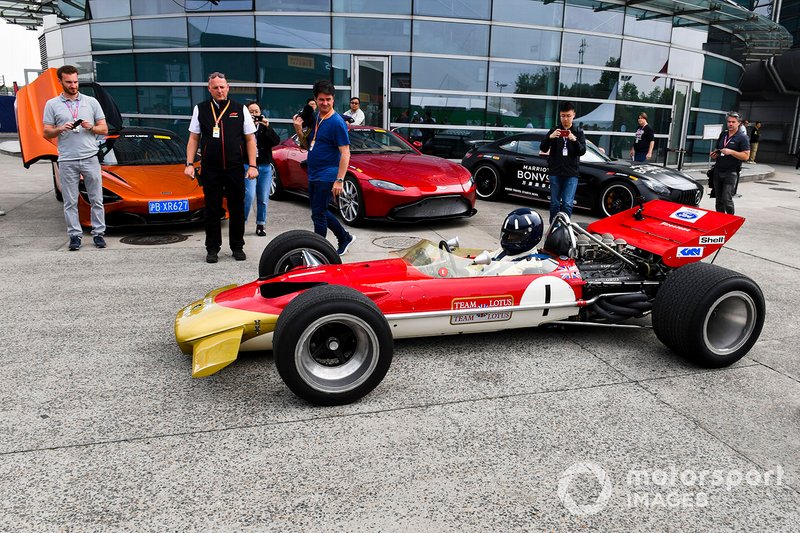 The Cosworth DFV engine of the Lotus 49 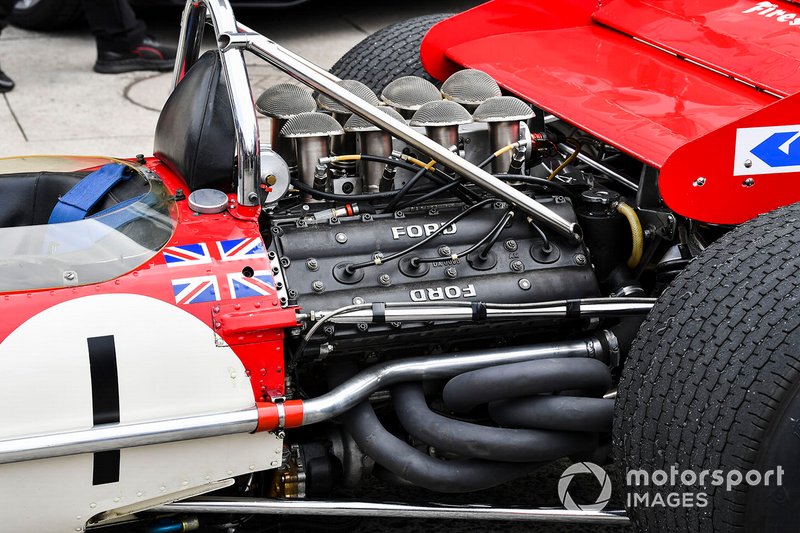 Giovinazzi says Alfa doesn't know what sidelined him in FP1