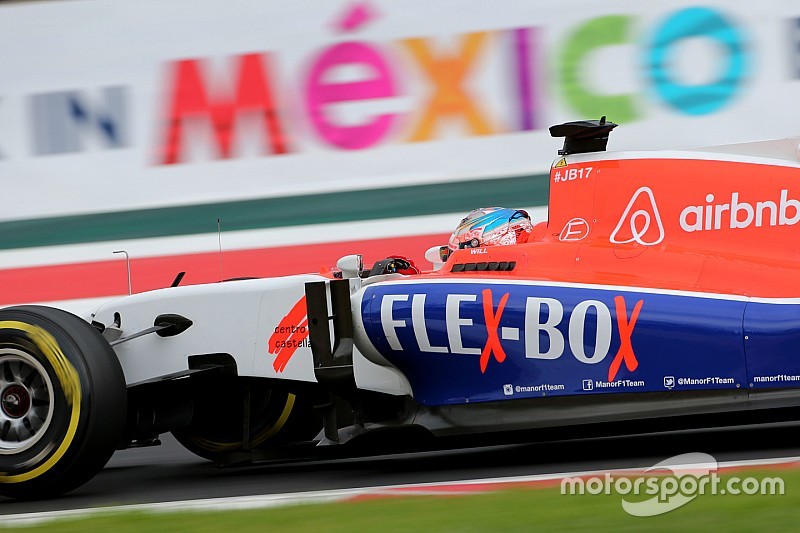 Promoter Tavo Hellmund has confirmed that he is part of a United States-based investment group that is looking to buy the Manor team.

Motorsport.com first revealed in July that Hellmund, who developed the Austin track to bring F1 back to America, has been working with financier James Carney on the plans with Manor.

However, no deal has yet been put in place – and the situation has become more uncertain amid the recent resignations of team chiefs Graeme Lowdon and John Booth.

Speaking to the Austin American-Statesman newspaper on Wednesday, Hellmund confirmed that the idea of a takeover was not finished yet – but things would have to move on quickly.

"I think if we get to late January or February, it may be too late, and my partners and I would probably lose interest," he said.

Hellmund said that his plans – which have been boosted by the fact Manor has a Mercedes engine deal in place for 2016 – would be enough for the team to fight respectively in the midfield.

Hellmund's bid is not the only one that is on the table for Manor owner Stephen Fitzpatrick, with Asian investors having also expressed an interest recently.

Motorsport.com recently reported that the parties had offered between $40 million and $50 million for the team, but these had not been accepted.

However, Fitzpatrick may feel that the situation at the team now warrants fast tracking a deal to secure its long-term ambitions.

Race of Champions competition: win tickets to see Vettel vs Ricciardo and DC vs Button

Is the F1 future of the US Grand Prix at the Circuit of the Americas under threat?