On the back of an ill-tempered battle between Hamilton and Max Verstappen in Saudi Arabia last weekend, there has been an increased scrutiny on the different approaches between the two drivers.

For while Verstappen has been widely singled out as being more aggressive and willing to push the boundaries in wheel-to-wheel combat, Hamilton has openly talked about wanting to be the ‘purest’ of drivers.

But Horner thinks the situation is not as clear cut as that. Instead he suggests that the way Hamilton at one point pushed Verstappen wide at the final corner during their battle in Jeddah shows he too can be just as willing to take things to the limit.

Asked to counter suggestions that Verstappen is widely perceived as being the only one ready to risk contact in his approach to racing, Horner said: “I would ask you to look at Lewis' entrance into the final corner. He pushed Max off the same way.

“Any driver that's come through karting or raced in any category, you know that that is hard racing. That's how these kids have raced throughout their careers.

“Lewis is very wily with the way he does it sometimes. Just look at the last corner when he ran Max out wide there, and there was another corner as well, where he's opened the steering wheel - I think it was into Turn 1 too.

“These are two guys that are fighting over such fine margins, and pushing it to the boundary. And if you don't want them to have the ability to run wide, then put a gravel trap over there.” 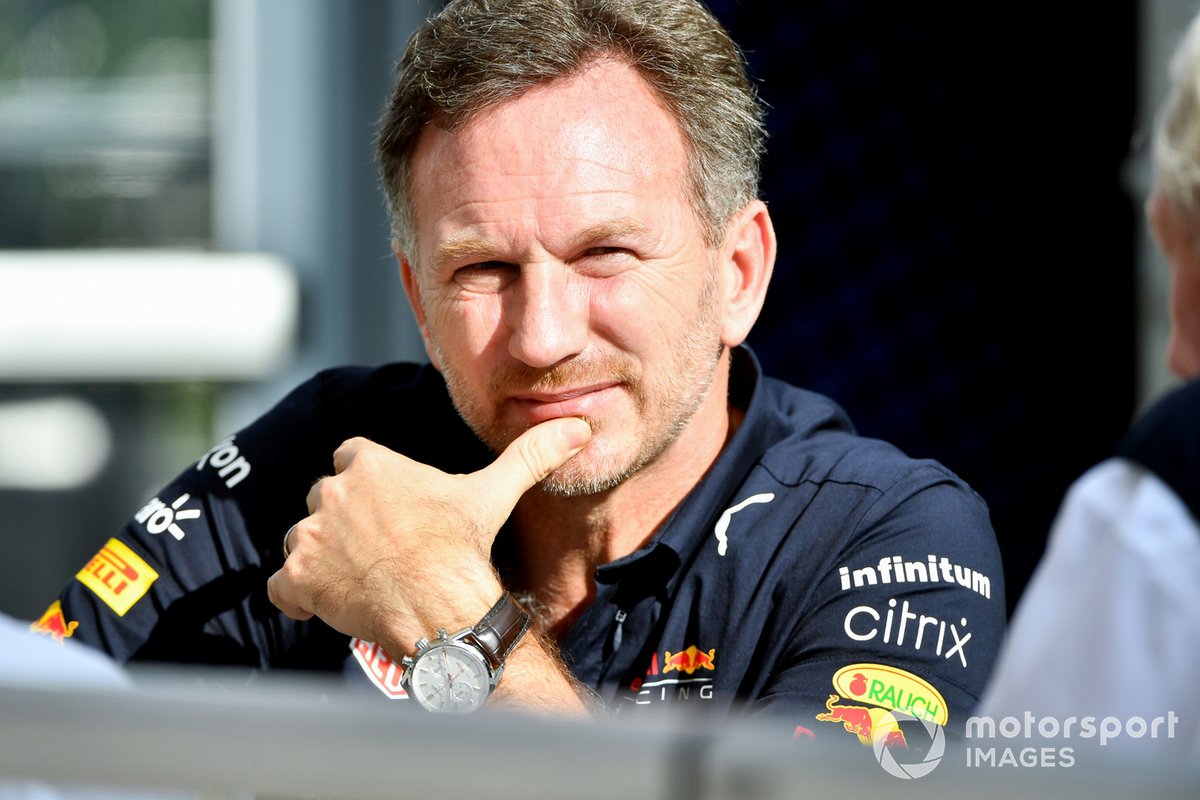 The fight between Hamilton and Verstappen stepped over the line at times in Jeddah, with the pair colliding at one point and penalties being handed out.

Amid such an intense rivalry, there is a high probability that tensions could escalate ever further in the Abu Dhabi finale since the title is on the line.

Horner is not too concerned about that situation, though, and say the focus will simply be on finishing ahead.

“I think it's winner takes all isn't it?,” he said. “Whoever finishes ahead is the world champion, so let's see. We've got one shot at it.

“We've got to try and beat Lewis one more time this year. The performance is with them [Mercedes] at the moment, they've won three races on the bounce. They're going to be very, very competitive in Abu Dhabi.

“With the new layout, we expected them here to have a big advantage on us [in Saudi] and we've fought hard. We've attacked the grand prix and I think that Max was outstanding all weekend.”