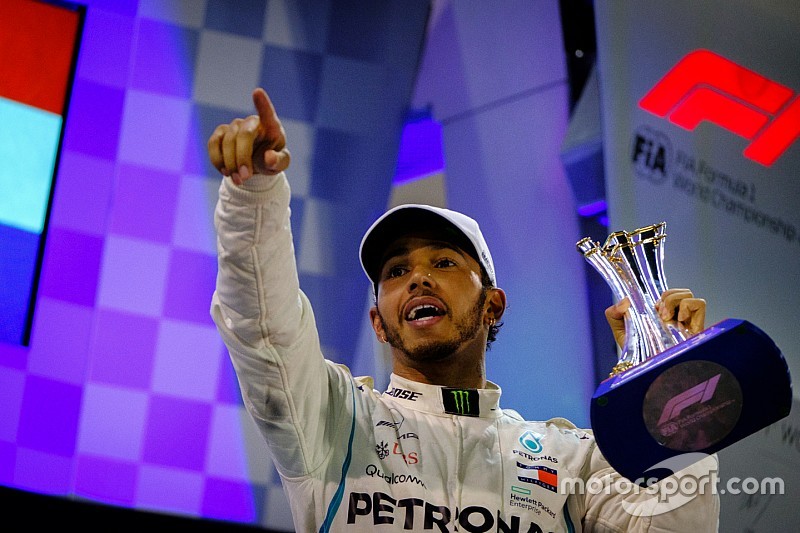 Lewis Hamilton has called for Stevenage residents to 'not bother' getting upset at a controversial reference to his home town as 'the slums' during a recent awards ceremony speech.

Hamilton drew the ire of Stevenage officials earlier this week by referring to his Hertfordshire hometown as "the slums" while on stage at the BBC Sports Personality of the Year Awards.

Speaking of his journey to stardom, Hamilton said: "It really was a dream for us all as a family to do something different. For us to get out of the slums.

"Well, not the slums, but to get out of somewhere and do something. We all set our goals very, very high but we did it as a team."

Despite the immediate self-correction from Hamilton, the comments were slammed by Stevenage Borough Council leader Sharon Taylor on Twitter.

"Disappointing that Lewis Hamilton chose to use this event to make negative comments about his home town," she tweeted. "Nowhere is perfect but we’ll go high & say we are #ProudofStevenage."

Hamilton has since addressed the issue himself with an Instagram post calling for anyone angered by the comments to 'throw it to the side'.

"I wanted to take a second to send a message to people back in the UK but also to people in Stevenage, where I grew up, somewhere I’m incredibly proud of coming from and still love to this day," he said.

"Please, if you are getting up in your feelings about a mistake I made on stage, don’t bother with it, throw it to the side, it’s negative energy you don’t need to hold.

"I’m super proud of where I’ve come from and I hope you know I represent in the best way I can always.

"Nobody’s perfect, I definitely make mistakes quite often and particularly when you’re up in front of a crowd, trying to find the right words to express the long journey you’ve had in life. I chose the wrong words, but I didn’t mean anything by it.

"Those of you who know me know I always mean love. So, God bless you, have a great day."

Hamilton, who this year won a fifth F1 World Championship, was one of six finalists for the BBC SPOTY crown, which ultimately went to Tour de France winner Geraint Thomas.

Renault surprised not to fight McLaren in 2018