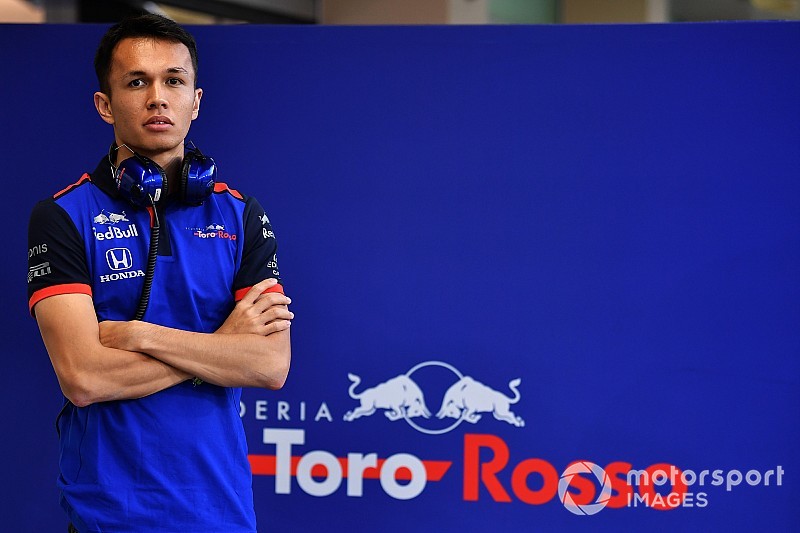 Formula 1 rookie Alexander Albon has put the final piece of next year's entry list puzzle in place by revealed his race number for 2019.

Toro Rosso racer Albon will use the number 23, which he confirmed on Twitter was because it’s half of Valentino Rossi’s famous 46 that he raced with in karting.

Albon, 22, who finished third in F2 in 2018, will also use the Twitter hashtag #AA23. As a Rossi fan, Albon raced with the seven-time MotoGP champion’s #46 in karting, and won the 2006 British Super 1 title in Honda Cadets in a kart decorated in stickers of Rossi’s ‘The Doctor’ nickname and signage.

Confirmation of Albon’s number came late, having only been named as Toro Rosso’s second driver after the Abu Dhabi Grand Prix season finale. He had to extricate himself from a contract to race for the Nissan e.dams team in Formula E this season.

He is still yet to sample an F1 car for the first time as he did not drive for Toro Rosso in the post-Abu Dhabi test, but was present with the team at the Yas Marina circuit. Albon has also been to Toro Rosso’s Faenza headquarters, having completed his first factory visit last week.

Last week, fellow rookie Lando Norris revealed that he too had considered using Rossi’s number, but that he feared he’d look like a copycat for doing so.