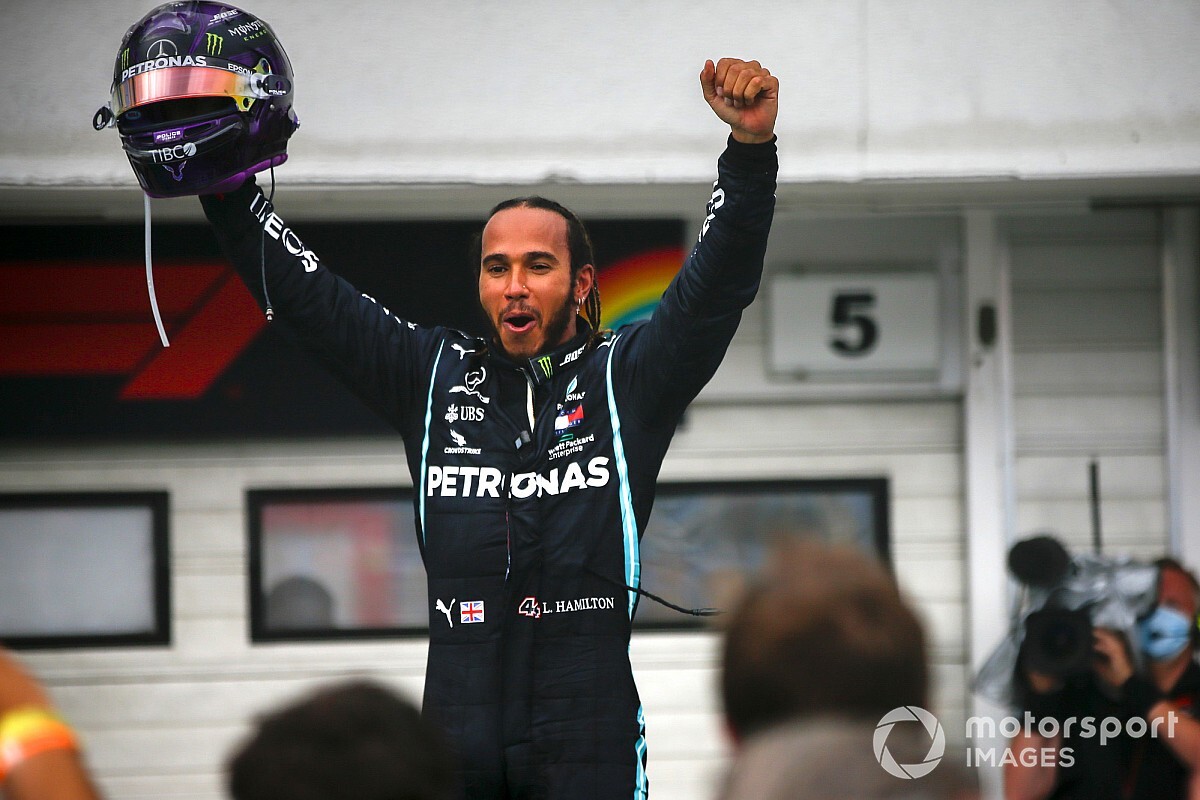 Legendary Formula 1 commentator Murray Walker says Lewis Hamilton is better than both Ayrton Senna or Michael Schumacher thanks to his fairness, driving “clean as a whistle”.

Mercedes driver Hamilton is on track to break Schumacher’s record of 91 grand prix victories in the near future, scoring the 87th win of his career at Silverstone last weekend.

Hamilton is one title behind Schumacher’s record of seven drivers’ championships, and has a 30-point lead in the standings after the opening four races of the 2020 campaign.

The debate over who is the greatest F1 driver of all-time has intensified as Hamilton has neared Schumacher’s records, prompting comparisons across many eras.

Speaking on the Australian Grand Prix’s In the Fast Lane podcast, ex-BBC F1 commentator Walker said that while it was impossible to define one greatest driver due to the varying conditions in each generation of grand prix racing, Hamilton’s fairness made him stand out above the likes of Senna, Schumacher, and Juan Manuel Fangio.

“Fangio took a lot of beating, [as did] Jim Clark, Sir Jackie Stewart — I could go on — but which is the best I really don’t know,” Walker said.

“I used to say Fangio. I think I’m going to have to say very shortly Lewis Hamilton.

“If you look at it in terms of statistics, he’s already got more poles than Michael Schumacher. He’s got at least three years in him if he doesn’t hurt himself or leave Mercedes for some reason or they decide to stop.

“In which case, he’s got at least another three championships ahead of him, so statistically he will become the greatest.

“But he’s also in my opinion - and this is very contentious indeed - better than either Schumacher or Senna because both of them, Schumacher and Senna, adopted at various times in their career, highly debatable driving tactics.

“Like Schumacher stopping deliberately at Monaco to prevent [Fernando Alonso] getting pole position, like Schumacher colliding with Villeneuve at Jerez in 1997, like Senna with [Alain] Prost in 1990 in Japan.

“Lewis Hamilton has never been anything like that. He’s always driven as clean as a whistle.

“He’s an extremely nice, gigantically talented driver, and I don’t think we’ve ever seen anybody like him before.”

Walker is not the first senior F1 figure to highlight Hamilton’s fairness as setting him out against other greats of the sport.

Mercedes technical director James Allison hailed Hamilton for his “utterly unblemished” fairness on track, while former teammate Nico Rosberg said the Briton was an expert at racing hard without going to the extreme.

Hamilton’s victory at the British Grand Prix was one of the most dramatic of his F1 career as he crossed the line on three wheels following a last-lap tyre failure, with a similar issue hitting Valtteri Bottas and Carlos Sainz.

Asked how he would have called the closing stages of the race, Walker said: “Gosh, I would have gone absolutely bananas, through the roof of the commentary box, I should think!