Hamilton: Only F1 bosses can do something to stop boring races 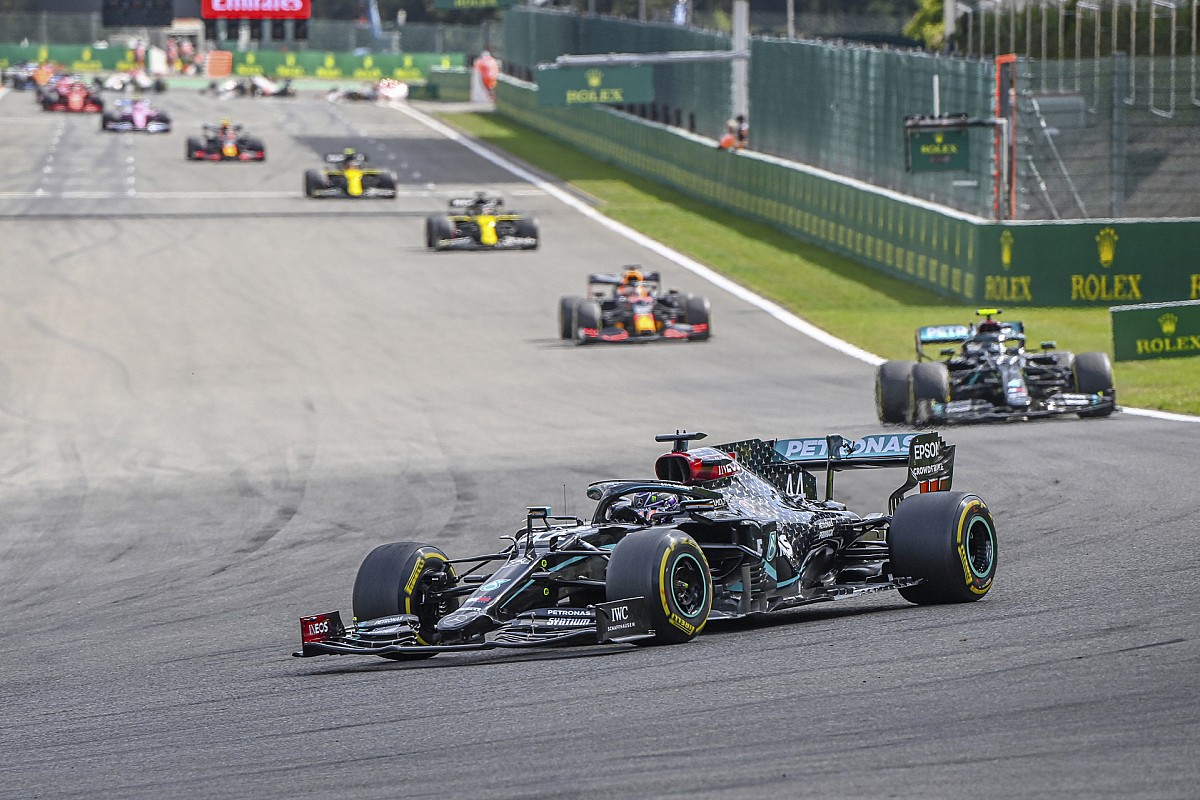 Lewis Hamilton believes pressure needs to be placed on Formula 1 bosses so that changes are made to avoid boring races such as the Belgian Grand Prix.

Hamilton eased to a dominant victory at the Circuit de Spa-Francorchamps on Sunday, leading every lap of the race ahead of Mercedes teammate Valtteri Bottas.

But a need for tyre management meant there was little action at the front of the field, with Hamilton, Bottas and Max Verstappen spending the entire race unchanged as the top three.

Red Bull driver Verstappen called the race "boring", and lamented the fact he had to manage his tyres for around 38 laps of the 44-lap race.

Mercedes' performance advantage over the rest of the field has also led to a lack of competition at the front, something Hamilton compared to the dominance enjoyed by Michael Schumacher and Ferrari in the early 2000s.

"I can't speak for the fans but having been a fan, growing up, having watched the Schumacher era of course, I know what it's like," Hamilton said. "As soon as the start was done and the restart, you generally know that I don't make too many mistakes, and the same with these drivers, they're very, very consistent.

"It's very difficult to overtake in this circuit, so I can imagine it's definitely not the most exciting. I feel exactly the same as Max. I hope [in] the next races, I really hope that we have more of a race, because I think everyone wants to see us all battling together."

F1 is hoping to create a more competitive field in the future through a budget cap, limiting the spending of all teams, and with an overhaul of the technical regulations that will arrive in 2022.

The race at Spa led to suggestions that more short-term fixes would need to be made, such as changing Pirelli's approach to tyre compound selection.

Hamilton hoped that fans understood it wasn't the fault of the drivers and teams that races are boring or there is a lack of overtaking, saying that pressure had to be put on F1's leadership to make changes.

"I hope that people understand that this isn't our fault," Hamilton said. "At the end of the day we're drivers, we've come through all the ranks, we've earned the positions that we have and we come in weekend in, weekend out, devoted and give absolutely everything to go out there and perform at our best.

"Ultimately the decision makers who design the cars, who set rules and those kind of things, are the ones that you could apply pressure to, to ultimately do a better job moving forwards, if that's possible. I'm hopeful that's what they're going to do in 2022 and with that new type car, maybe we'll see a different form of racing where you can follow.

"Wouldn't that be something if we can follow closer and have more close races?"

Binotto: Ferrari in the middle of a storm, but no crisis