Binotto: Ferrari in the middle of a storm, but no crisis 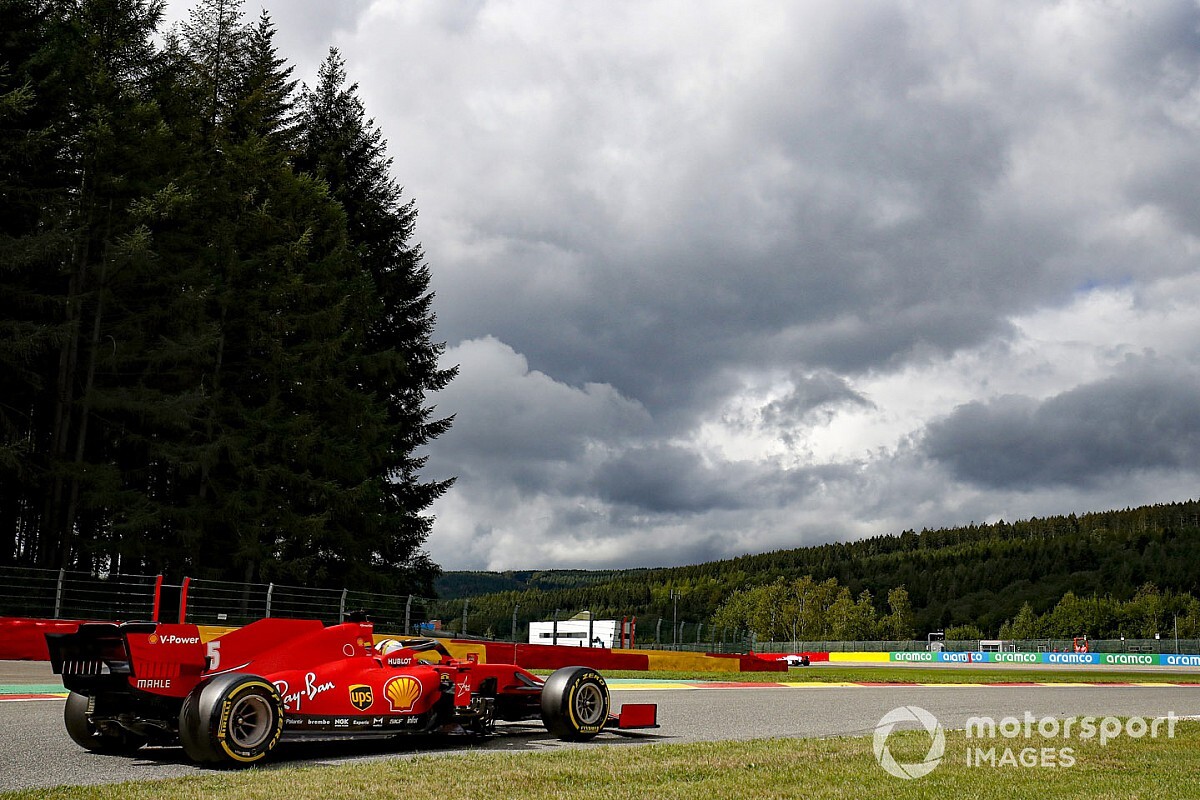 Ferrari boss Mattia Binotto admits his team is in "the middle of a storm" right now with its Formula 1’s struggles, but denies it is in crisis.

The Italian outfit endured one of its least competitive showings for years at the Belgian Grand Prix as Sebastian Vettel and Charles Leclerc failed to finish in the points on a weekend where the SF1000 had no pace.

But while its Spa slump has put Ferrari on the backfoot, Binotto says the performance needs to be put in context, amid his belief that it was a one-off caused by track characteristics.

"I think it is wrong to use the word crisis for the moment we are going through," Binotto told Sky Italia. "Certainly this is a very bad result within a difficult season that we are experiencing. But we knew it was coming, we saw it in winter testing, and then came the [car update] freeze and the impossibility to develop the car."

The scale of Ferrari's difficulties in Belgium have again prompted talk about whether or not the team needs to make major infrastructure changes to turn its situation around.

But while some have questioned whether or not Binotto is the right man to lead the outfit, he says everyone at Maranello needs to stay focused to help.

"We all take responsibility for this situation," he said. "I take that as team principal as well as all those who work in Maranello.

"We are all in the same boat. But although the team is in the middle of the storm, we are very united. There is no crisis, no tension. [Instead] there is bitterness and frustration in each of us. But I believe that this frustration must be transformed into reaction and determination."

Ferrari's slump comes ahead of two big pressure races for the outfit, with events at its home tracks at Monza and Mugello coming up.

Asked what message he would give to Ferrari's long-standing supporters, Binotto said: "We understand the fans. We are very sorry, we are the first to admit, and we are sorry for them too.

"What is happening, in fact, is that we have a car that has lost power, just as all the engine manufacturers have lost it. We more than the others.

Hamilton: Only F1 bosses can do something to stop boring races