Ferrari flattered that Hamilton 'wants to join us' 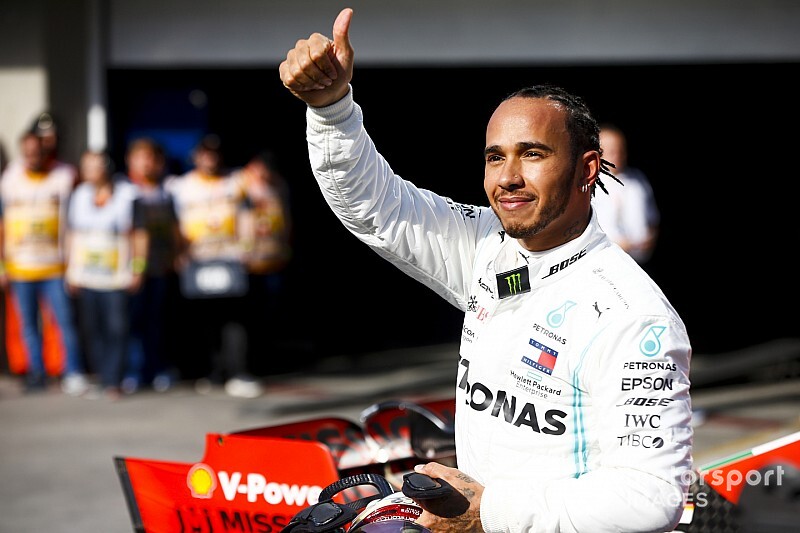 Ferrari CEO Louis Camilleri says Lewis Hamilton's meeting with chairman John Elkann has been blown out of proportion, but indicated the Formula 1 champion has some interest in a move.

During the season-ending Abu Dhabi Grand Prix weekend, it emerged Hamilton had met twice this year with Ferrari boss Elkann, triggering speculation the six-time title winner may leave Mercedes when his contract expires next year.

Mercedes and Hamilton have both indicated strongly that extending their championship-dominating partnership is the most likely outcome, Mercedes chief Toto Wolff said there was a "25%" chance his star drive could move to Ferrari.

Speaking to select journalists including Motorsport.com at Maranello this week, Camilleri said that while Hamilton's meeting with Elkann was public knowledge it was not a professional rendezvous.

"It was a social event, which has sort of been blown somewhat out of proportion," he said. "They have some common friends."

Commenting on the speculation linking Hamilton to the team, Camilleri said the Briton was among the drivers interested in racing for Ferrari.

"The fact is we have a long-term agreement with one driver and with the other driver the agreement expires at the end of 2020," he said. "We clearly are very flattered that Lewis in particular, and other drivers, want to come and join us.

"But it would be premature to decide anything now for the future."

Sebastian Vettel and Charles Leclerc will race for Ferrari again in 2020, but while Leclerc has a long-term deal Vettel is among the drivers out of contract after next season.

It is understood that team boss Mattia Binotto and Camilleri would have the final say over Ferrari's driver line-up, and Camilleri said he had not spoken to Hamilton himself.

He also dismissed any hypothetical talk about whether Ferrari would be willing to be flexible and allow Hamilton's non-F1 activities to be pursued as much as they are by Mercedes.

"Honestly, I don't want to go there," he said. "It's totally premature and we'll look at our options at the appropriate time and we will see what is the best fit for us as a team."

Four-time world champion Vettel has made high-profile mistakes over the last two seasons and was beaten by Ferrari newcomer Leclerc in the points this year.

However, Binotto says he still feels "lucky" to have the current line-up, hinting that a change of driver is unlikely if Vettel decides to continue racing in F1 beyond 2020.

"With Seb we need to sit down to understand his intentions for the future," said Binotto. "I think we need to see our strategy developing next year.

"We need to see as well the performance and how he does fit with the car and his motivation for the future.

"It's not about his mistakes or not. It's really a matter of how he does see himself as far as his future and how we do see our line-up."

The inside story of Brabham's dramatic first title win