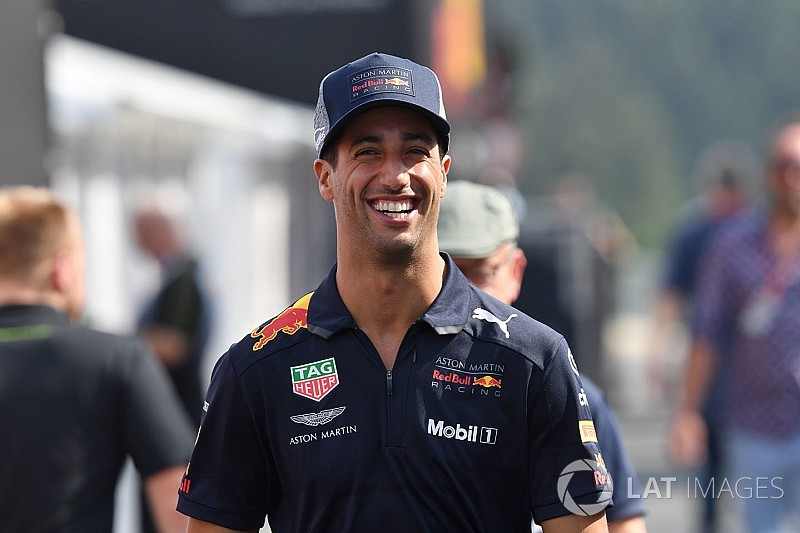 Formula 1 world champion Lewis Hamilton has praised Daniel Ricciardo for being "brave" and taking the "risk" of changing teams, saying it is similar to his own switch to Mercedes.

Ricciardo will leave Red Bull for Renault next season, which means moving from a race-winning team to one yet to score a podium since rejoining the grid in 2016.

Red Bull has supported Ricciardo for 10 years, which has led to comparisons between the Australian's departure and Hamilton's decision to leave his long-term backer McLaren for Mercedes in 2013.

Hamilton said he suspects "there are probably similarities" between Ricciardo's reasoning and his own.

"I'm really happy for him," said Hamilton. "It's always brave to make a decision that's out of the norm, knowing that people are going to have opinions about it, and still halfway through a season not knowing how the next year's going to go.

"It's an exciting period for him. A lot of people in life are scared of change, of what's different, and therefore get stuck in a space that's not their happiest space but they get by.

"It's cool to see that Daniel, similar to me, is wanting to elevate himself, wanting to try something new, and learn from it – good or bad, and take the risk."

Outgoing Renault chief technical officer Bob Bell was at Mercedes when Hamilton was tempted away from McLaren.

He said there "is a comparison to be made" between Hamilton and Ricciardo, but said the big engine rules change in 2014 gave Hamilton a very big short-term hit.

"It's not the same situation because of course when Lewis made the jump, there was the change in engine regulations," said Bell when asked by Motorsport.com about the two drivers' moves.

"Let's face it, that had a massive impact on Mercedes' success that Lewis was able to reap the reward of.

"I think it will be much harder for Daniel, but ultimately, the end story will be similar, that he'll feel he did the right thing."

Analysis: How Belgian F1 Grand Prix could affect the rest of the championship