The German Grand Prix is set to remain on the Formula 1 calendar next season after a deal between Hockenheim chiefs and the sport’s bosses was agreed in principle last weekend.

Source with good knowledge of the situation say that, following weeks of negotiations, all the hurdles preventing its return have now been overcome.

Although a final contract between Liberty Media and Hockenheim has not yet been signed, it is understood that this is now a formality and opens the way for a 21-race F1 calendar in 2019.

Liberty is expected to announce a provisional calendar over the next week, and potentially as early as this weekend’s Italian Grand Prix in Monza.

Motorsport.com understands that the German GP deal is only for one season, and has been fast-tracked through in a bid to offer Hockenheim chiefs the maximum possible time to make preparations and sell tickets – having been boosted by a 70,000 race day crowd last month.

The one-year deal will also allow some breathing space for talks to finalise a potential longer five-year contract, which would keep the German GP on the calendar for the long term.

Although there are suggestions the race hosting fee has been halved to ensure the race stays, the commitment of outside sponsors will still be essential to ensure the race makes financial sense for Hockenheim. Talks are underway with several potential backers, including Mercedes.

Speaking in Belgium last weekend before the deal was agreed, Mercedes motorsport boss Toto Wolff made clear how eager the German car company was to have a home race.

“We are very keen that the German GP happens,” he said. “As we’ve said in the past we are not a promoter. We run a team and that is complicated enough. It’s tricky to get involved in discussions between Liberty and the local organisers.

“We have tried to tried to facilitate a comeback, we’re involved in the discussions with the various parties, but I haven’t got visibility as of today whether the German GP will happen, or whether we’ll be involved.

"That’s something that needs to be decided soon. I’m speaking about the next couple of days.” 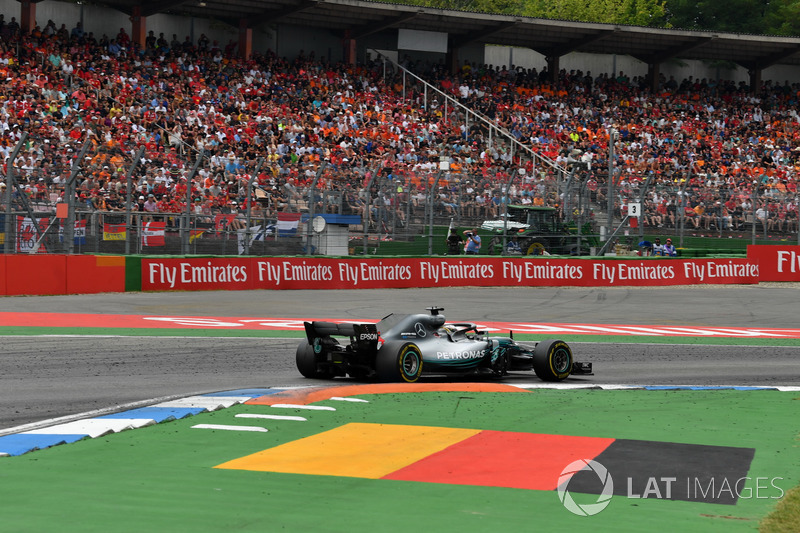