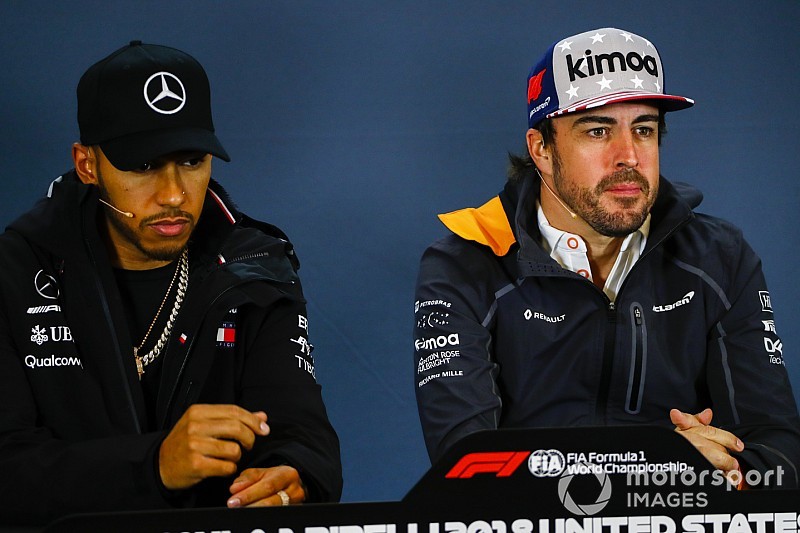 Lewis Hamilton says he has no regrets about not having more title head-to-heads with Fernando Alonso, because it was the Spaniard’s own decisions that cost him the chance for greater success.

Hamilton and Alonso endured an intense season as McLaren teammates in 2007, with their sometimes fractious relationship creating internal friction at the outfit.

They are viewed as the team leading drivers of their generation but Alonso's career path with Renault and Ferrari after McLaren meant the pair would never enjoy a season-long fight for the title again.

Hamilton says the fact that they never properly battled for a title was ultimately decided when Alonso made the mistake in 2014 of believing he controlled the driver market.

“I don’t regret he didn’t go in a better car,” Hamilton told Motorsport.com in an interview reflecting on his fifth world championship campaign and his career.

“For the sport, when I am just doing a press conference with him, it’s questions to the two world champions, but in my mind I know he could have had more world titles. But ultimately it’s not like he didn’t have opportunities.

“He was a top driver and he could go almost where he wanted to go. And decisions are very very key. Decisions are where you place yourself. It is key though if you wrongly think you control the driver market.

“For him he believed he controlled it [in 2014]. In my understanding, there was also Seb [Vettel] and me at the time, and as soon as he gave up the position [at Ferrari], Seb grabbed it and then it’s not like he could go back.

“But I have so much respect for him. He is a phenomenal driver and I think through these years it has not been a bad thing because his respect level has still remained very, very high - of how he has driven, and how he has conducted himself exploring outside in different realms.

“I could make the decision to leave this team and go somewhere else, which would be a risk, and that decision could either bode well or go bad for me.”

Looking back at the 2007 campaign, Hamilton thinks people did not appreciate the pressure he was under and how hard he had to dig to cope with going up against Alonso.

“I feel like people underestimate that season,” he said. “They skim past it so much. Yes I did, unlike other people, come in to a top team. But it is easier probably in some respects to be in a lower team where you don’t have so much pressure on you.

“Being in a top team straight away and having to try to deliver to a two-time world champion who has been through what I have been through to this point almost, is a huge demand, and it was one of the toughest years of my life to balance everything.

“Plus, I had not had any fame. All of a sudden people were taking pictures of me, travelling more than ever. It was tough, but looking back now I really appreciate that year, but I wish I knew then what I know now.” 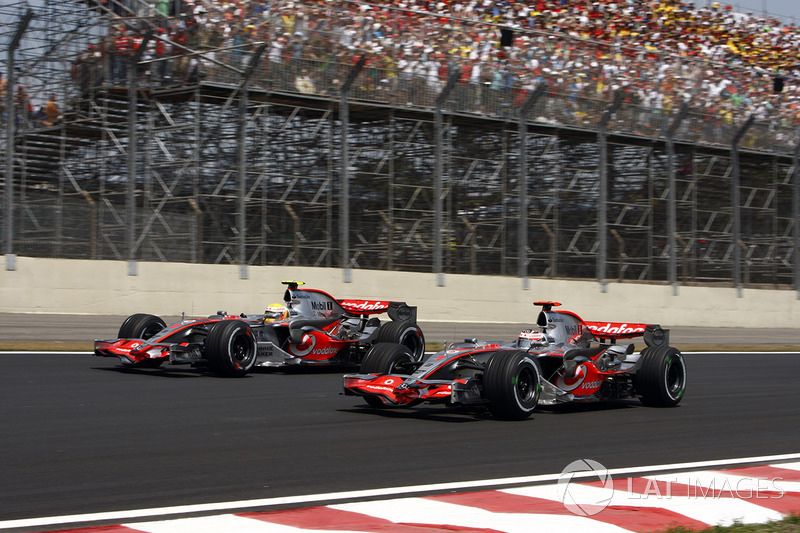