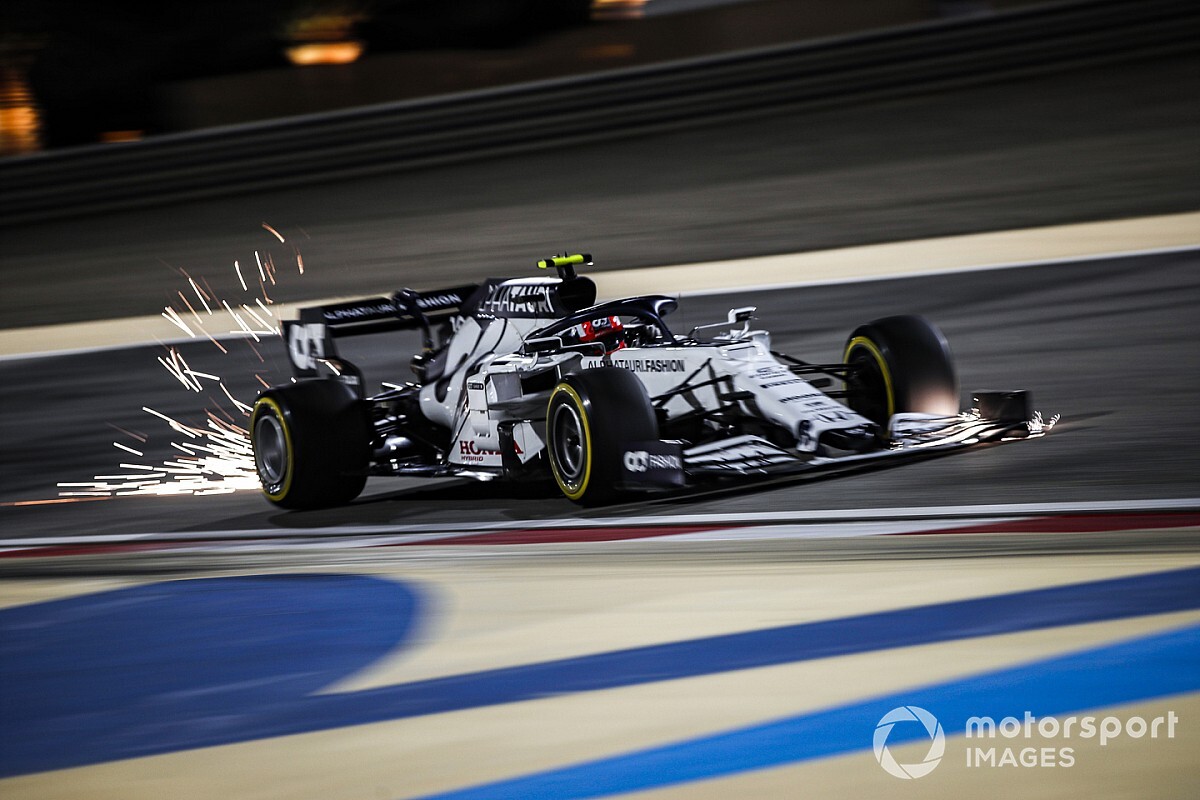 The Frenchman remains concerned that he could suffer a repeat in the race as several teams struggled over the kerbs in the bumpy linking section of the outer circuit.

Gasly was an impressive third in Saturday’s FP3 session, and was then fifth in Q1.

However, he couldn’t maintain that momentum through the rest of qualifying after a heavy kerb strike cost him downforce, and ultimately he had to settle for ninth place, three spots behind teammate Daniil Kvyat.

“A bit mixed feeling,” he said. “Obviously after the pace we showed in P3 it was a bit frustrating, because I damaged the floor in Q1, and from there basically we tried to repair as much as we could.

“From Q2 it was pretty difficult. We had another hit in Q2. I’ve lost some parts of the floor, bargeboards, and it just made life really hard, so I was happy to make it to Q3 already.

“I think we were right on the edge, but a bit disappointed because obviously after what we showed I knew the car had more potential, and we were just stuck with this damage we keep having in Turn 8, on the exit kerb.”

Gasly was relieved to have qualified as high as ninth.

“In the end it was more about damage limitation, and I think that’s what we managed to achieve. So I think I’m still happy I made it to Q3, and we’re starting P9 I think is not bad.”

Gasly is confident of a strong race, although he's concerned about the fragility of the car.

“Actually I hope for some good points. I’ve been feeling strong in the car the whole weekend, long run pace we’re good, so I know in terms of pace we’ll have a good fight with the guys around us.

“And the main thing is just reliability where I’m a bit worried, because since yesterday we keep losing parts of the car, like we lost the mirrors, bargeboards were damaged, floor as well in P2, and then again in quali.

“So that’s the only thing that we need to be careful of, because 87 laps, it will be a very long race, and we've got to keep the car in one piece. But if we do so I’m confident we can have a good afternoon and score some good points.”

Russell's speed with Mercedes shows what F1 is missing - Sainz