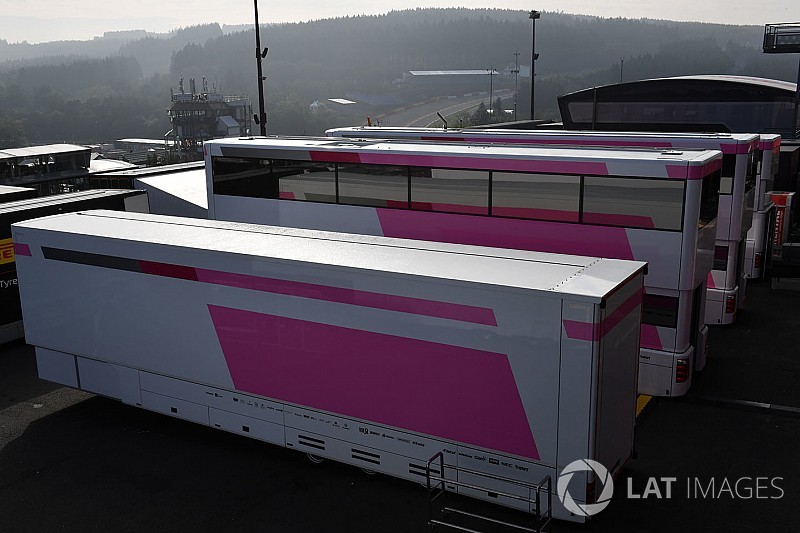 Force India could run under a new identity within this season if the FIA is satisfied that its relevant legal issues have been properly addressed – but it's not yet clear whether it could happen as early as this weekend's Belgian Grand Prix.

It's understood that the team may be allowed by the FIA to run under its usual name and identity at Spa, if the situation with the new entry cannot be resolved in time.

An unexpected situation arose last week when plans for a consortium led by Lawrence Stroll to take the struggling Silverstone team out of administration could not be completed within the two-week deadline, mainly because of the legal problems of shareholders Dr Vijay Mallya and the Sahara Group.

Consent from 13 Indian banks was required for the deal to go through, while it's understood that there was also a lien (a right to keep possession of property until a debt is discharged) from drinks company Diageo in relation to a loan made to Mallya.

Losing rival bidder Uralkali suggested yesterday that the sale process was flawed, noting that "despite expiration of the deadline set by the Administrator, no rescue plan was submitted to the court for approval, which confirmed Uralkali's view that the rescue option was not achievable in the timeline and under conditions proposed by the Administrator."

Instead, late last week Stroll switched strategy and bought the assets of the team, which means the cars, the Silverstone factory, the equipment and everything required to go racing – except for the actual entry, which still in theory belongs to Force India, which remains in administration, but now has no physical assets.

The entry is usually regarded as a valuable element of any team sale, but the move by Renault, McLaren and Williams to block the transfer of commercial rights to Force India's new owners, meaning in effect the team would not get the prize money accrued by the team's performances over recent seasons, had already created a stumbling block. In other words, making a fresh start was not as much of a penalty as it would otherwise have been.

What the FIA regulations say…

Although the FIA Sporting Regulations specify that teams have to enter for the following season by November 30th, Article 8.1 does appear to leave the door open for changes at a later date.

It reads: "Applications at other times will only be considered if a place is available and on payment of a late entry fee to be fixed by the FIA. Entry forms will be made available by the FIA who will notify the applicant of the result of the application within thirty days of its receipt."

Clearly a space is available as the 'new' team will simply replace itself, and in the context of the overall deal a late entry fee will be a minor consideration for Stroll.

The process of creating a new entry from an existing team is clearly a complex one, with the Concorde Agreement to be considered as well as FIA regulations. One of the legal complications is that an F1 team entry has to be submitted via an ASN, which previously meant India.

Today, Force India logos and references to Vijay Mallya's companies Kingfisher and UB Group were stripped from the trucks and from signage in the Spa paddock.

Formula 1's owners are keen to ensure that the team remains on the grid, and is supportive of Stroll's ownership.

"I think it's very important for the sport," F1 commercial boss Sean Bratches told Motorsport.com earlier this week. "And not only from a competitive standpoint on the grid – they're the team that came in fourth in the points last year – but also from the perception standpoint of the sport.

"We are trying to create value across the board, and to have teams go into administration with no successor, it doesn't portend well, so I'm glad this is behind us.

"We're encouraged about the ownership group and the ownership structure, and we're optimistic that they will be able to compete at the levels that they have historically."