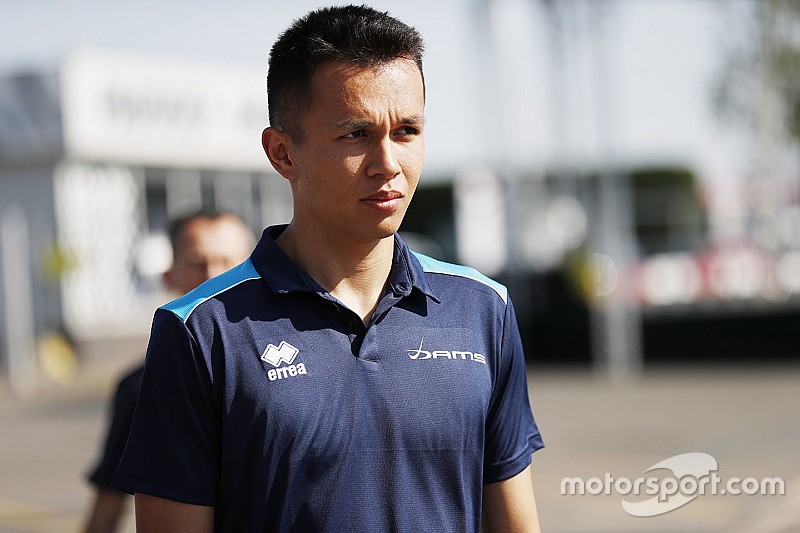 Formula 2 frontrunner Alexander Albon believes he can fight for a Toro Rosso Formula 1 seat in 2019, but he must convince Helmut Marko, who is "not his biggest fan".

Albon was dropped by Red Bull (2012) and by the Gravity management stable linked to Lotus a year later, but with Toro Rosso scrabbling for credible options to replace an unconvincing Brendon Hartley and a seemingly Red Bull-bound Pierre Gasly, Albon has sensed an opportunity.

Marko – head of Red Bull's driver development programme – does not usually resign drivers after they have been dropped.

But Toro Rosso has a lack of youth options for its 2018 line-up, and British Thai driver Albon, 22, will accrue enough superlicence points should he finish in the top five of in F2.

Albon is currently third in the F2 points, 18 behind McLaren junior Lando Norris and 30 behind Mercedes' George Russell.

"I need to do better if I want to have a seat with Toro Rosso next year," said Albon, who has tied Russell for poles on three, but has one less win than him, also three.

"I think it's the only place I have [the opportunity] to drive with a team in F1.

"Dr [Helmut] Marko isn't my biggest fan and I need to impress him more to have a chance.

"I think the only chance I have to get to F1 is to have some good results and finish strong. I have to concentrate on F2, finish well and after that we'll see."

Albon is a driver racing without big sponsors, and will have to rely on support from one of F1's bigger manufacturers to make the step up.

"I don't have the budget, I'm struggling in F2. There's only really three teams that you can be a junior driver for and not bring budget.

"It makes the F1 grid even smaller when you look at it like that. My goal is to focus on what I'm doing and hopefully the opportunity will come."

Toro Rosso has previously been linked with Norris, and could move for the McLaren junior now that it has signed Carlos Sainz to replace Fernando Alonso.

Stoffel Vandoorne is also being linked with Toro Rosso, and the team could yet give Brendon Hartley another season in the car.

Dan Ticktum is heavily favoured by Red Bull, but unless a superlicence points change is made, he will fall short of the number of points needed to make F1, giving Red Bull a driver market conundrum for its junior team.