After surging into an early lead in both championships under the new F1 regulations for 2022, Ferrari has seen its hopes fade after falling behind Max Verstappen and Red Bull in the standings.

Leclerc sits 80 points behind Verstappen in the drivers’ championship ahead of the final nine races, having lost ground with retirements in Spain and Azerbaijan, as well as spinning out while leading in France. Ferrari is 97 points adrift of Red Bull at the top of the constructors’ standings.

Ferrari has been asked regularly this year whether it would look to prioritise Leclerc and use Sainz to assist the Monegasque’s title hopes, only for the team to always stress it was too early to make such considerations.

Asked by Motorsport.com about Ferrari’s approach to team orders this year, sporting director Laurent Mekies felt more was being made of the issue externally than it is at Maranello.

“You're right in saying that it is more discussed outside Ferrari than inside Ferrari,” said Mekies.

“But more seriously, we have always been very clear. We target to have the best result for the team. Ferrari comes first.

“Then of course there will be a point where we will need to focus more on a driver compared to the other one if the championship position is requiring.

“So, it does not mean waiting for the mathematical difference, but it means being at the point of the season where you think it is the right thing to do so.” 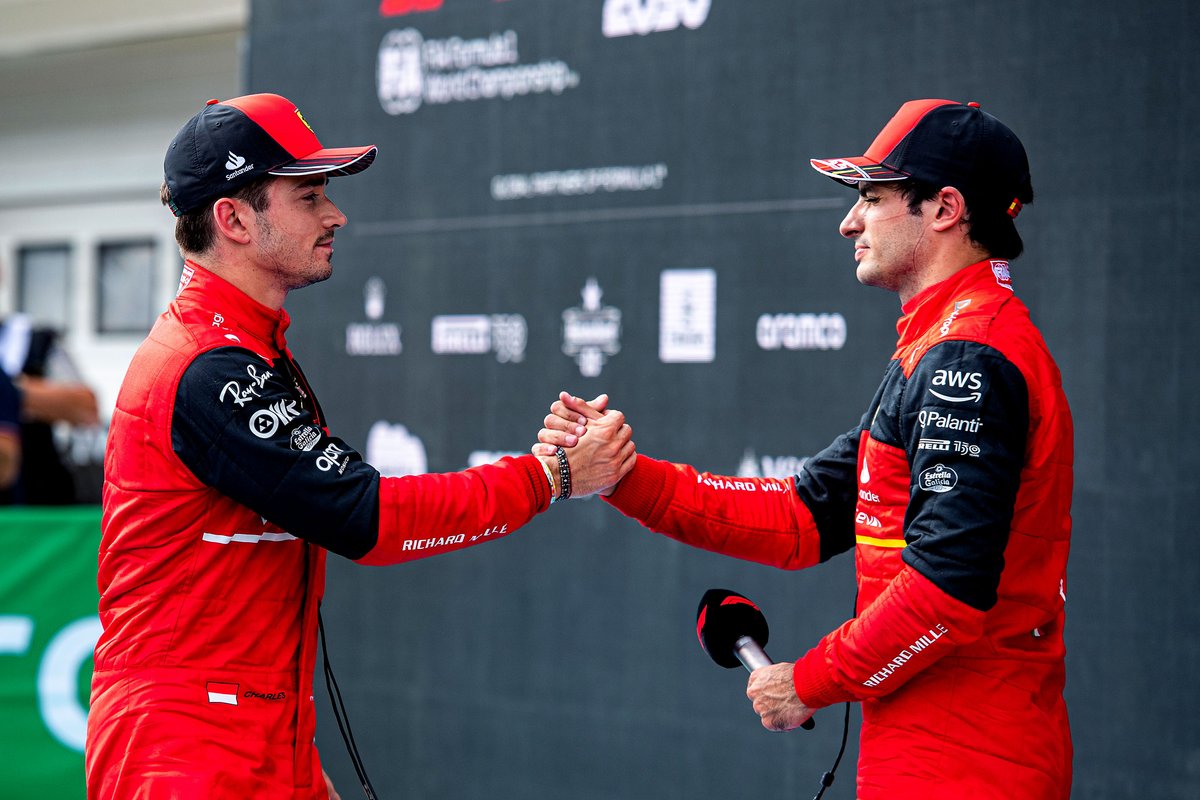 Sainz managed to score his maiden F1 victory at the British Grand Prix in July, passing Leclerc after a safety car restart when Ferrari split strategies and opted to pit Sainz for fresh tyres.

The team faced criticism for its strategy calls in Hungary after squandering Leclerc’s lead halfway through the race by fitting him with hard tyres, causing him to slip all the way back to sixth place.

Ferrari had defended its strategy just one race earlier in France, when it had to pit Sainz in the closing stages to serve a penalty and take a fresh set of tyres when radio messages suggested there was confusion on the pit wall. https://www.autosport.com/f1/news/ferrari-defends-french-gp-strategy-calls-despite-sainz-radio-doubts/10343184/

Mekies said the delay in broadcasting the radio messages to Sainz at Paul Ricard was a good example of “how different situations can be seen inside and outside teams,” and that the perceived confusion was “simply the result of the radio message being broadcast 30 or 40 seconds after what had really happened.”

“If you had to go back there, you will call Carlos back exactly as we did and do the pit stop exactly as we did, so it just shows how difficult nowadays, in a complex sport, it is to understand the reasons behind a strategy or another,” Mekies said.

“That being said, we've lost quite a few points this year. We have reliability issues, we have a few things that we need to be better at. And yes, we are working extremely hard on it.

“It does not increase the pressure, because the pressure is maximum all the time because it's a competitive world, and that's the way we like it anyway.

“But it's a positive pressure, it's what pushes us to improve race after race.”