Ferrari to debut "first step" of 2019 car development in Baku 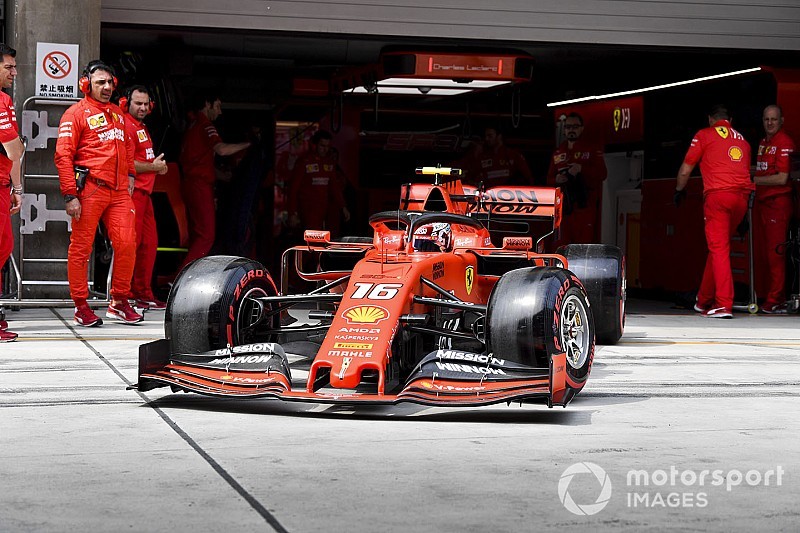 Ferrari is bringing “a few updates” to the Azerbaijan Grand Prix, marking the first development of its 2019 Formula 1 car as it bids to close the gap to Mercedes.

The Italian team has scored a best finish of third across the opening three races of the season because of a combination of set-up problems, poor reliability and mistakes.

By comparison, Mercedes has swept to a trio of one-two finishes and already established a 57-point lead in the constructors’ championship.

Ferrari’s aerodynamic philosophy has been questioned after its poor start to the season and the absence of external upgrades, compared to small changes by Mercedes, has also been noted.

However, team principal Mattia Binotto says Ferrari is “bringing a few updates to Baku, as the first step in the development of the SF90”.

“Coming off the back of three races that definitely didn’t go the way we wanted, this GP is another important moment for us,” he said in Ferrari’s preview of the fourth race of the season.

“We have prepared for it very well, analysing all the data we have acquired up until now, looking at areas where we can improve and working on adapting the car’s set-up and the power unit management to the characteristics of the track.”

However, the upgrades Ferrari has in Baku will be the result of work that started before it fell behind Mercedes in the championship battle.

He cited the team’s low-drag philosophy that has given it a straightline speed advantage but cost it too much cornering performance.

That could be a key factor in Baku, which has long, flat-out sections in the first and final sector of the lap, but tight and twisty corners in the middle.

“A big challenge at Baku is to find the right wing level to get good grip for the slow corners but also to be fast enough on the straights where we spend a lot of time at full throttle,” said Vettel. “It’s not an easy compromise.”

Michael Schumacher would have managed Mick in F1 - Weber

Hamilton the only driver on Senna's level - Berger