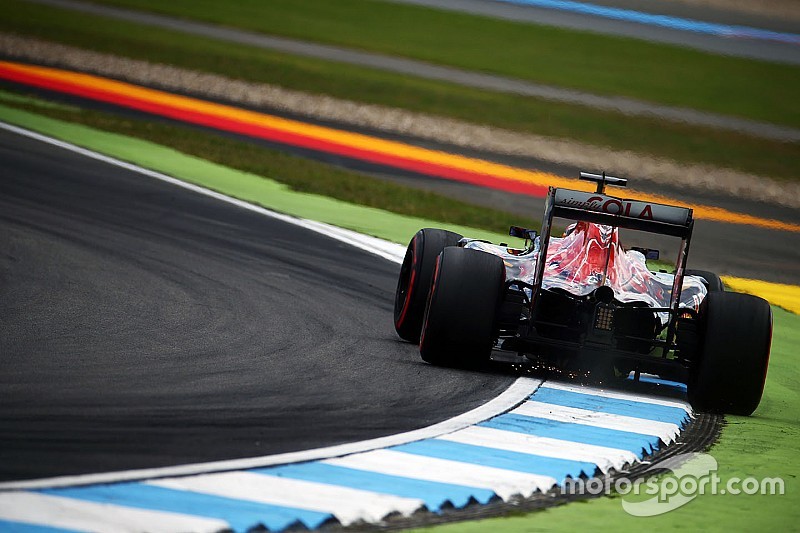 Formula 1's ongoing controversy surrounding track limits took a fresh twist on Friday when Ferrari, Mercedes and Red Bull complained to Bernie Ecclestone about the FIA's decision to not abandon its restrictions at Hockenheim.

A meeting of F1's Strategy Group at Geneva on Thursday had reached agreement that the sport should move away from a recent clampdown on track limits because it was felt it would improve the show.

But just a day after that decision, F1 race director Charlie Whiting said that allowing such total freedom would be 'inappropriate'.

"The difficulty of allowing complete freedom, i.e. allowing everyone to go wide and taking no notice of it, is simply that there would be a different track, fundamentally. It would be faster and with less run-off area. So we couldn't possibly contemplate that," said Whiting.

Whiting's stance was confirmed shortly before second practice when he imposed a 'three strikes' rules for drivers at Turn 1, after what he said was them making 'little or no effort to stay on the track' in opening practice.

Whiting's resistance to the track limits freedom has upset Ferrari in particular, with team principal Maurizio Arrivabene making it clear that he, Red Bull and Mercedes were going to lobby Ecclestone over the matter.

"We had nothing to do with it," said Arrivabene about the decision to keep track limits in place. "Yesterday we discussed that we will try to have a 'wild' weekend because this track has adequate run off areas.

"But then they ended up recording everyone who went over the white lines as if we hadn't agreed anything yesterday. So we have gone to Bernie."

Although Ecclestone's official power does not extend to changing regulations, he has had a long-standing working relationship with Whiting that could help influence matters if he feels something should be done.