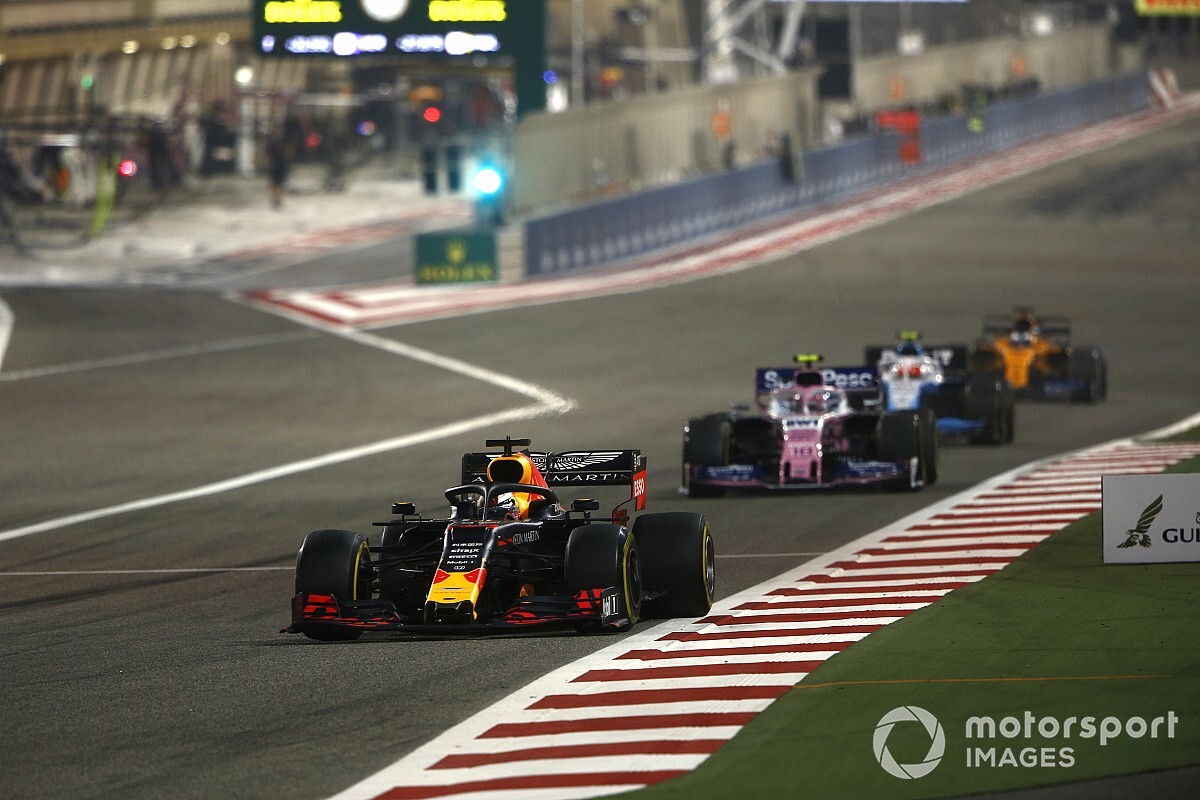 Formula 1 chief technical officer Pat Symonds is confident that the Sakhir GP on Bahrain’s outer circuit will be a “spectacle” - and he has revealed the predicted pole time.

The track, which has never been used for racing, will host the penultimate round of the 2020 World Championship on December 6.

Symonds leads the group of engineers at the F1 organisation that ran simulations of the short, high-speed circuit before deciding that it could host a Grand Prix.

He says that the numbers indicate a pole lap time of 54.3s if two DRS zones are used, which will fall to 53.9s if three zones are employed. A final decision on the number of zones has yet to be made.

Symonds said that F1 looked at all available options when trying to distinguish Bahrain’s second event from the first.

“We've done a lot of simulation,” he said. “Naturally when we have two races back-to-back on the same track we're looking for ways of not just having a carbon copy one weekend to the next.

“At Silverstone for example, the idea was to bring the tyre compounds one step softer. In Austria, we felt we needed to just have some stability because it's the start of the season. But as we move on to Bahrain, we wanted to look for something else.

“And Bahrain is quite unique, in that it does have a number of different circuits. And if you remember, we did use an alternative circuit some years back [in 2010].

“And that didn't actually give a very good race. Bahrain typically does give quite a good race, and that particular circuit wasn't that good. So we evaluated all the circuits that were available to us.”

Symonds says that his team looked at all aspects of racing on the outer track.

“We have some pretty sophisticated tools,” he noted. “They're not just lap simulation tools, they are tools that allow us to look at probabilities of overtaking, and things like this. Of course, we also looked at tyre duty cycles, brake duty cycles, all these sorts of things.

“And in this case, we even had to look at lighting, because it's going to be a night race, rather than the dusk race. And we had to ensure that on the outer loop, we had adequate lighting. So we've been through all that.

“We felt that there was something really quite different. It's a very short lap time, it's a very high speed circuit. It's a different sort of challenge. But we're pretty sure it's actually going to give quite an exciting race. We really want to provide the fans and the spectators with something different.

“We're looking at qualifying with two DRS zones at a 54.3s, if we have three DRS zones that comes down to about a 53.9s.”

Asked by Motorsport.com about potential traffic issues – especially when 20 cars are running in Q1 – Symonds said that drivers would just have to deal with it.

“In terms of traffic, yeah, it's going to be crowded, in the same way Brazil gets crowded. Short circuits do. It's all part of the challenge. And the Drivers’ Championship, we mustn't forget that to be a complete driver, you have to handle things like this.

“And of course the teams have so many tools these days to look at these sort of things. So it will be a challenge, it will be difficult, and maybe someone will lose out from it, someone will gain from it, but I think overall, we're going to have a good spectacle there.”

F1 boss Ross Brawn confirmed that the track will be significantly faster than the usual Bahrain layout, and car set-up will have to change from the previous week’s race on the regular track.

“The excitement for all of us and the fans is that this will be a different race with new challenges,” Brawn told Motorsport.com. “The teams are the best at adapting to situations and will find the ways to maximise their competitiveness and strategies for this circuit.

“Relative to the current circuit, the full throttle percentage could increase by up to 5% per lap and the average qualifying speed increases from 219 to 232 km/h.

“These coupled with the lap layout could force teams to adopt a lower wing level than they would at the traditional F1 circuit. It’s also going to be later in the evening than the Bahrain GP so with that comes different conditions, and hopefully added drama.”