Formula 1 wants more points to be up for grabs in sprint races next year, as the sport edges closer to plans to host six events in 2022.

Although a final sprint qualifying trial is set to take place at this month's Brazilian Grand Prix, F1 chiefs have already seen enough to be convinced that the format is a big hit with the majority of fans to be carried forward.

While a final decision about the 2022 plans will be made in conjunction with teams and the FIA over the winter, F1 owner Liberty Media is working on its vision for what it thinks should change next year.

F1 managing director of motorsport Ross Brawn has reiterated that six events is the target for 2022, with every race promoter having expressed an interest in holding one next year.

A final decision on which races will get awarded a sprint weekend has not been made, but they are likely to be spread evenly throughout the campaign.

Despite recent suggestions of sprints becoming standalone events, potentially with reverse grids, Brawn has made it clear that there will instead only be an evolution of the sprint rules for 2022.

With uncertainty about the impact that F1's new 2022 cars will bring, he thinks it is sensible that the sport waits to see how things pan out next year before changing the sprint system too much.

However, he says there are key tweaks that will be put to teams, including a change of points system, the awarding of pole position and the name of the sprint.

Speaking to selected media on Monday, Brawn said: "We've in principle agreed with the teams that we will look towards six events for next year. There is quite a lot to get sorted before then, and our view is that we should take some progressive steps for next year but not radical steps.

"We need to see the impact of the car. So we've been relatively conservative and evolutionary for 2022. But we're positive about the concept and very pleased that F1 has been brave enough to try an alternative concept at three races to see how it works." 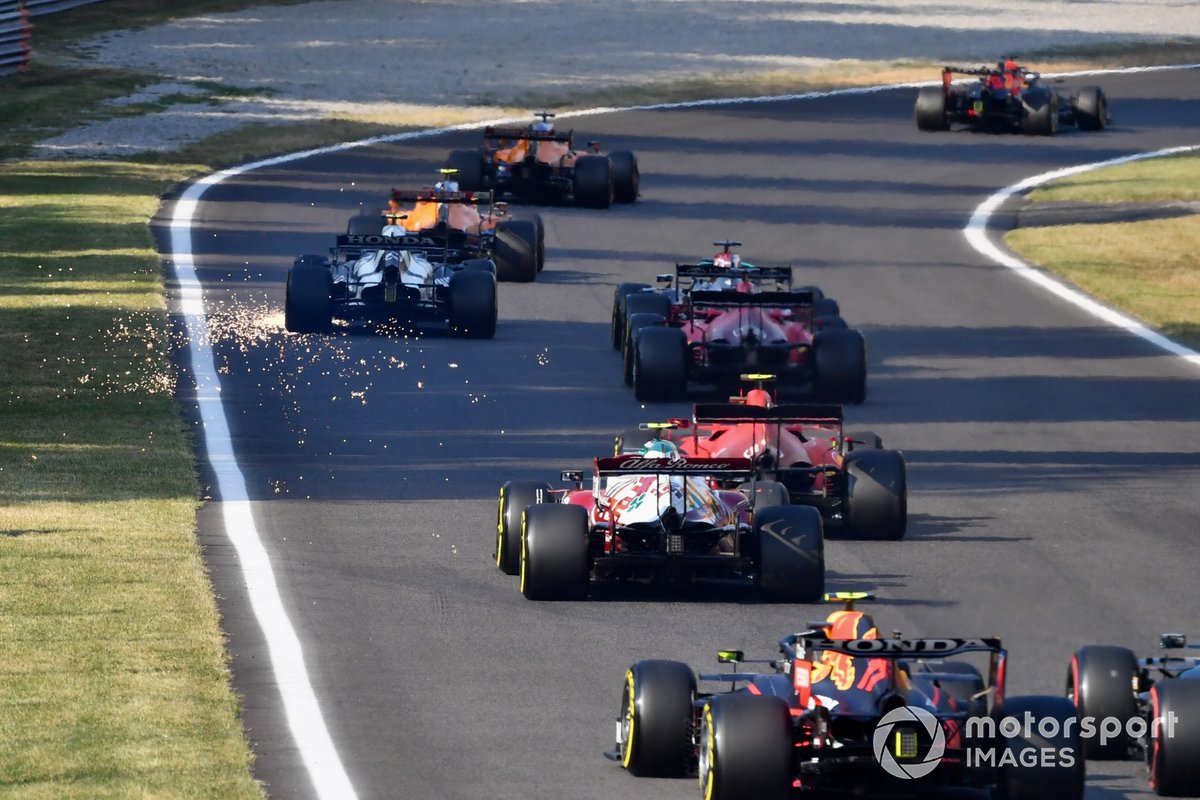 Sparks trail from Pierre Gasly, AlphaTauri AT02 after damage on the opening lap

Brawn says that while F1 will not radically change the sprint format, there are some key revisions being looked at, with the most significant being the points on offer.

"There's no doubt that we're discussing with the teams how Saturday could be made a bit more challenging, a bit more engaging," he explained.

"I'm very optimistic that the new cars will help, because of their ability to race each other. And what's in discussion is how can we make the rewards for a Saturday greater, so there's much more incentive to race on a Saturday in terms of points.

"I think probably reverse grids etc, I'd be quite excited by that I must say. But I think it would be perhaps a step too far. But there's a few things which are on the table for discussion.

"And then perhaps the points distribution for a Saturday could make it more challenging and inviting for drivers to race."

While F1 only awards points for the top three sprint finishers (3-2-1) at the moment, Brawn says that the system could change for it to offer as much as a third of the current system used for races.

This could mean the race winner getting between eight and 10, with points then being offered perhaps as far down as the top 10.

"Personally we proposed something around a third of the points that you get in a race for the sprint," he said.

"That was the initial proposal, which was not taken up because the feeling was that we need to see how the sprint functions first before we allocated the points. So we think that will be the starting point for the discussion.

"It's significant enough to be worth going for and it goes far enough down that people in lower positions still want to fight for it. But it is not of a number that has over-influence on the championship.

"It will have an influence on the championship, it must have and that's what we want, but not an excessive amount." 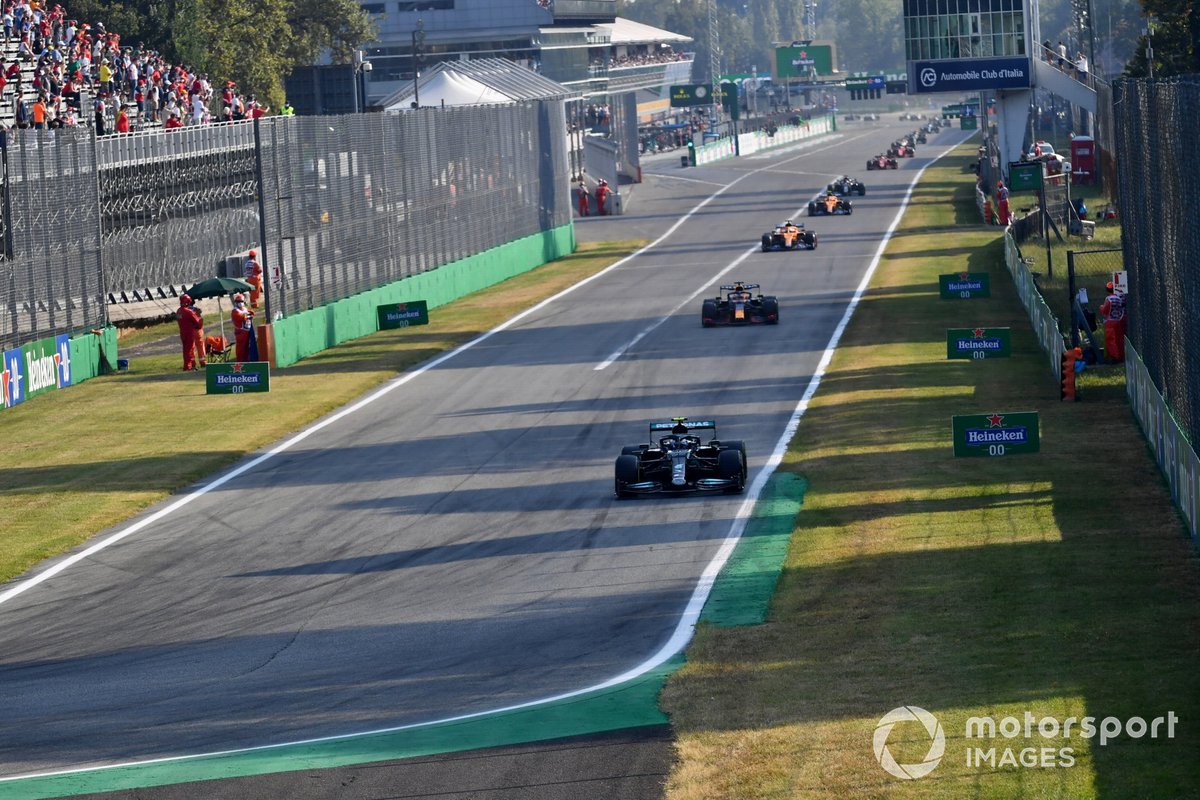 Brawn says he has few complaints about the way the sprint spectacle has played out so far, with events hosted so far at Silverstone and Monza.

And although the Saturday sprint event itself has not produced a great deal of entertainment, it is the wider impact that the format has on improving Friday action and the race that has left Brawn happy.

Asked by Motorsport.com if he felt a boring Saturday was a concern considering the impact elsewhere on the weekend, Brawn said: "Personally I think it is a price worth paying if Saturday is not a sort of crash and bang event. I'm not sure it's ever going to be.

"I think the overall weekend has improved so much that we would go with that."

Why F1 is stuck with its "anti-embarrassment" engine penalty rules