Why F1 is stuck with its "anti-embarrassment" engine penalty rules

As Formula 1 heads into the final five races of this remarkable season, both Max Verstappen and Lewis Hamilton have already taken a grid penalty hit.

If one of them does need to take further fresh elements – and recent events suggest that Hamilton is closer to the edge than his rival – it could tip the balance in such a tight world championship.

Of course a championship is won and lost over a full season, and 22 races in the case of this year.

As hated as they are by some, grid penalties are in F1 for very good reasons. The aim is to reduce costs by keeping a check on the number of physical components that the manufacturers have to produce each season, while at the same time reining in development by forcing those manufacturers to make each part last longer.

Without that, ongoing check on costs F1 might not have all the manufacturers that it currently has on the grid, simply because they would not have been able to justify their involvement. And there would be a wider performance differential across the suppliers.

As such, grid penalties, unpopular as they are, should perhaps be regarded as a necessary evil.

In fact, they have been in F1 for quite a while. In the latter years of the V8 era, the requirement was eight engines per season, with use of a ninth generating a grid penalty.

However, the rule was rarely triggered. Indeed, the only drivers ever to be penalised were Felipe Massa (Singapore 2010), Rubens Barrichello (Abu Dhabi 2011) and Charles Pic (Korea 2012).

In 2013, the last season of the V8 formula, nobody took a ninth engine.

When the hybrid rules arrived in 2014, the restrictions became far more complex, with the power unit divided into the six elements that we are familiar with today, and an initial limit of five examples of each per season.

Despite the immaturity of the technology and early reliability issues, in retrospect the manufacturers did a pretty good job of sticking to the limits that year.

The first man to get a penalty under the new rules was Daniil Kvyat, whose Toro Rosso required a sixth Renault V6 at the Italian GP. Subsequently, Pastor Maldonado, Jean-Eric Vergne, Romain Grosjean, Sebastian Vettel and Kvyat (again) took penalties before the end of the year, all of them Renault users.

Two things happened in the second season of the hybrid rules: The overall limit was reduced to four, and Honda arrived at McLaren with a power unit that proved to be hopelessly unreliable, while also bringing a philosophy of regular strategic changes to test new developments.

After just six offences across the grid in 2014, there were 37 in 2015. By the end of the season, McLaren drivers Fernando Alonso and Jenson Button had both used as many as 12 examples of some elements – and in Mexico the latter was credited with a 55-place grid penalty.

A longer 21-race season in 2016 bumped the limit back up to five elements, and thus there were fewer penalties. The requirement was dropped to four again in 2017, and once more there was a long list of offences. An even tighter squeeze came in 2018, when the limit was reduced to three for the V6, turbo and MGU-H, and just two for the MGU-K, energy store and control electronics. 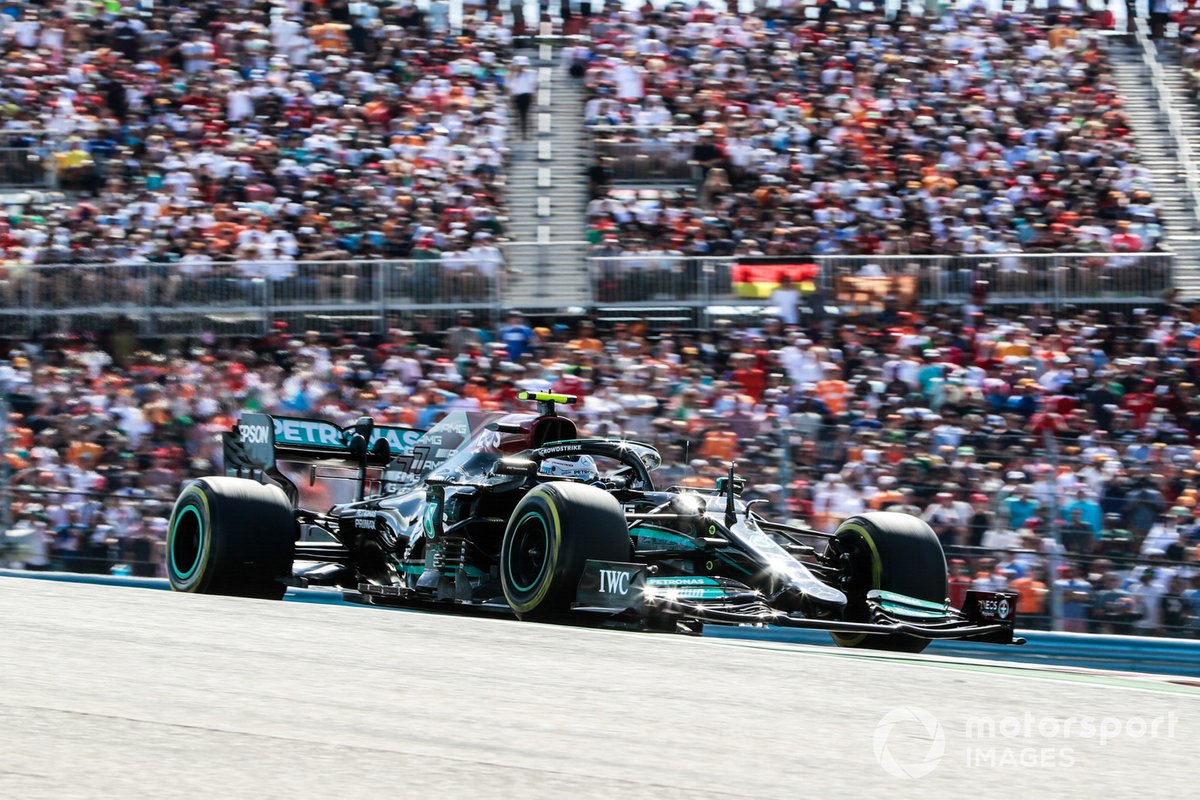 In the current eighth year of the hybrid rules the manufacturers have continued to push the limits, and getting to the end of what is now a 22-race season is clearly not easy, especially if – like Mercedes – a specific reliability problem crops up. Of the eight Mercedes users, only Lando Norris and Lance Stroll are yet to take a penalty in 2021.

The system continues to frustrate fans and competitors alike, but the problem is that no one has come up with a workable alternative.

"Because what we need to avoid is that we are building power units in a way that they perform at peak performance for only a few races.

"And if you change regulations, and you say okay, there is no grid penalty for the driver, but just constructor points, it will still mean that teams, if you're in a fight for a driver championship, will just throw engines at that car.

"And I think if we come up with good solutions definitely it is worth looking at. It's confusing for the new fans why, out of the driver's responsibility, an engine penalty puts him at the back of the grid. or 10 or five places away. And that's clearly not great, but I haven't got the solutions."

One anomaly in the system is that penalties become less harsh once you get beyond your fourth example.

If only one element is problematic and you just have to change that you can get away with just a 10-place penalty for the fourth example, and then only five places penalty when you take your fifth or sixth examples or even beyond – as was the case with Valtteri Bottas taking a V6 in Austin.

That aspect of the rules was introduced when Honda was struggling in the early days as a way of mitigating its dire reliability issues. But it can now be used strategically to introduce a fresh V6 late in the year at relative little cost when rivals are still gingerly stretching out the life of engines that have lost their edge.

"I think that's probably old legs Honda," says Wolff. "That when you are in a situation that it's just going terribly wrong and you need to change engine parts or complete power units you shouldn't be penalised every single race to go back to the grid or lose 10 places.

"So it's an almost an anti-embarrassment regulation. And I think that's okay, but obviously we need to look at how are we doing it in the future? It's biting us hard though this year."

McLaren team principal Andreas Seidl agrees that the current system remains a logical way of reining in development and performance.

"I obviously get the point that it is not ideal having all these penalties," he says.

"But to be honest, I do not really see a straightforward solution to that. Because for example if you will decide let's go to four engines engine instead of three we will end up all with five engines, because we would just crank up the engines.

"In the end, it just shows that all the manufacturers teams are pushing each other so hard that we all push the technology we're using to the absolute limit or beyond, and that's what ends then in issues or problems. So we simply have to accept that at the moment, and get on with it."

Alpine executive director Marcin Budkowski admits that manufacturers can game the system, but it makes no sense to do so.

"At the end of the day, you will design an engine to operate in a certain way for a certain mileage," he says.

"Nothing prevents you in the regulations to design an engine to do three races and change every three races, and just take lots of penalties.

"It probably isn't going to be advantageous from a championship point of view over the course of a season.

"[The rules] are there for cost reasons obviously, but nothing prevents you from designing an engine for shorter life and more performance if you're willing to take penalties."

Budkowski has an interesting perspective having spent a brief period working for the FIA, where he had the chance to study alternatives. 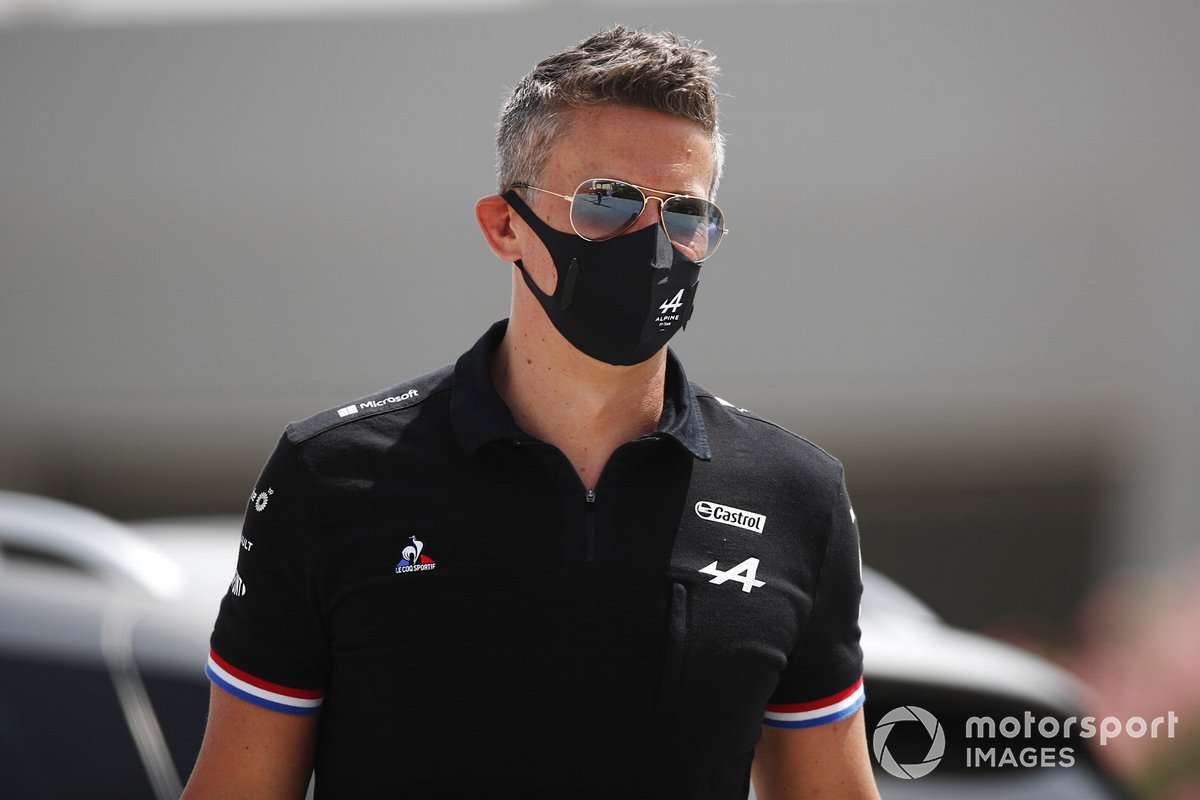 "Some people hate grid penalties and I haven't met a fan of grid penalties yet," he says. "But having been on the on the other side of the fence at the FIA and then in the team I thought for years about an alternative that would be better than the current one, and I haven't found one. So it doesn't mean there isn't one, but it's the least worst case.

"Now if we had four and three rather than three and two then we'd probably see a lot less penalties, but equally would then people design engines taking more risks and would they then have to use a fifth one? It's a never ending story.

"You have to draw the line somewhere. Arguably four and three would probably be more adapted to the season, because we would have seen less penalties.

"It's a debate we need to have in the F1 Commission and those kind of institutions to see where do we want to place the cursor? Today to increase the number of engines means increasing costs for everybody."

FIA race director Michael Masi, one of the men involved in shaping the sporting regulations that govern penalties, insists that there hasn't yet been a formal debate about alternatives.

"No, there hasn't," he says. "Every team which is racing to the exactly the same regulations, they all know from the start of the year how many power units and how many gearboxes and other various resources they are going to have.

"Everyone is on the same level of understanding of what they need to do. Any team, particularly in the championship fight, but anyone is going to try to get as much of a competitive advantage that you need with a power unit updates, aerodynamic updates, whatever it might be."

Grid penalties are clearly not an ideal system, and they will be even less popular if the nightmare scenario happens, and a penalty plays a crucial role in Hamilton or Verstappen losing the 2021 title.

But until someone comes up with a workable alternative that addresses the key issues of component costs and keeping a sensible lid on development, F1 are stuck with them.

The early signs of greatness that made Mercedes pursue Russell