Formula 1 drivers fear there is a risk of victories being devalued if grand prix chiefs go through with plans for reverse grid races in the future. 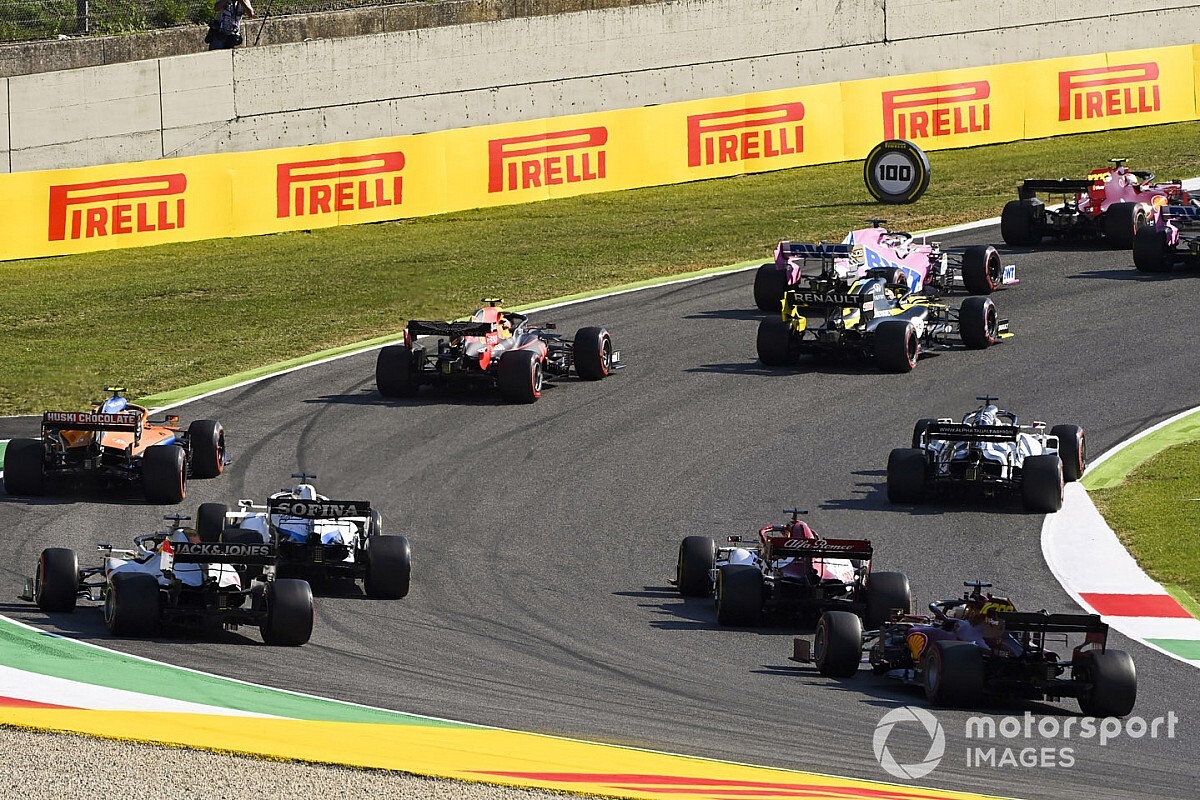 While an attempt to trial reverse grid qualifying races was blocked by Mercedes this year, it is looking likely that F1 bosses will push through with the plan for next year when only majority support is needed.

But the idea is not universally supported by fans, and a host of drivers have spoken out against the idea.

One of the chief concerns is that by mixing up the order and making it more likely for slower cars to win, that it will take away much of the value that comes from an F1 victory.

Renault's Daniel Ricciardo said: "I'm just worried if we add it in an artificial way and mix up the field, and every driver is then getting an F1 win, does the value of an F1 win hold what it does today?

"I think that's where it's going to be, that fine line and that balance. That's my kind of reservation.

"It's tough because we want more exciting races, but it's still, F1 and I think everyone holding the big trophy, it should hold a certain level of value. And maybe that would be diminished somewhat with a reverse grid."

Racing Point's Sergio Perez backed Ricciardo's view that victories in reverse grid races would not necessarily hold the same value as those won with the current format.

"I saw a comment from Toto Wolff on this one, that he said that Formula 1 is not WWE," said the Mexican.

"I agree. I think the problem Formula 1 has is the differences across teams, that they're working very hard to fix for 2022, and hopefully that happens.

"I don't think Formula 1 needs such an artificial thing to mix the race. I don't think if you win a race on a reverse grid, it's going to be the same feeling as getting a grand prix victory. I don't think that's a good idea for the sport."

Max Verstappen said that it made no sense for F1 teams to spend millions in trying to create the fastest car, only to then have bosses make it start at the back.

"I don't like it. It's just artificial and trying to create a show, which I think is not what Formula 1 stands for," said the Red Bull driver. "It's just not my thing.

"The fast car should be in the front. That's what everyone works for so why would you try and manipulate the show? And at the end of the day, probably cars will end up in the same position anyway, but it's just not what Formula 1 is about.

"It needs to be about pure performance and, you know, that's what you work for. You want to be the most dominant and competitive team out there and you want to start on the first row."

Carlos Sainz reckons, however, that although there were reservation about the idea, there was also some curiosity in seeing how a reverse grid weekend would play out.

"I'm in two minds actually, I'm undecided," he said. "I am a bit curious to know what would happen in F1 with reverse grid races.

"I think I have that curiosity to potentially try it one day and see how it goes, and see how it spices up things and what happens with F1 in general once you introduce that format."