Toto Wolff believes Formula 1 must consider what it can learn from the 2005 Renault R25 show run in Abu Dhabi, but called the car "a relic of the past". 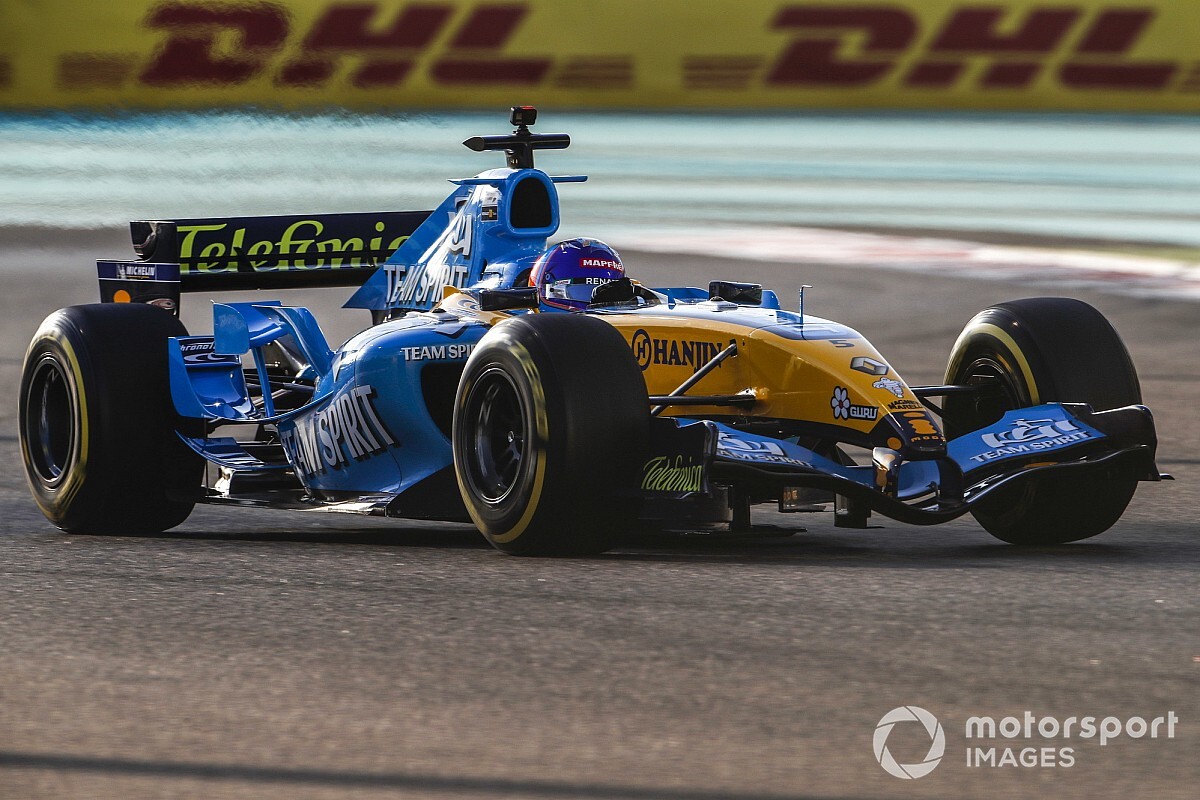 Ahead of Renault's final race before its rebrand as Alpine for 2021, F1 arranged a celebration of the French manufacturer by reuniting Fernando Alonso with his 2005 title-winning Renault R25.

Alonso completed runs in the car on all four days of the Abu Dhabi race weekend, with the V10 engine and light, agile nature of the car impressing much of the paddock.

Alonso said the test showed F1 what it is missing with the sound of the V10 engine, and that people "miss the Formula 1 that we got in love with when we were kids".

Outgoing Renault driver Daniel Ricciardo said the test showed how F1 was now missing "wow factor" and that the older cars also had more "fear factor" than the present machinery.

Asked about the show run, Mercedes team principal Wolff said that F1 had to work out the factors that made the car look so impressive on track, but made clear its V10 engine simply would not fit into modern-day motorsport.

"The car with the V10 engine, on the one side is a relic of the past when reducing CO2 emissions wasn't on the cards, and electric mobility didn't exist," Wolff said.

"We're just moving into a new era, and that also means making compromises. But I agree that the car looked spectacular. It was very agile, very small, 150kg lighter, a screaming engine.

"I don't think anybody regrets from Formula 1 to have had the car out there, because we need to analyse now that we saw it live what is so attractive? Is it the audio and visual experience that makes it attractive? But then I saw the pictures without the sound, and it still looked great, so why is that? We need to analyse that.

"We are stakeholders in the sport, and we need to improve everywhere. But I think all of us, including F1 and the local guys, will look at it and see what we can do."

Renault's Esteban Ocon grew up watching cars such as the Renault R25, and agreed with Wolff that while they are impressive, the world has since moved on.

"It's true that we are missing that sound clearly," Ocon said. "I think if people think about Formula 1, that's what they think about.

"The cars that we have nowadays are better to drive, are quicker to drive, have more power, have more torque. They are just the best cars and the quickest of all time but if they were sounding like this, it would probably be better.

"But we need to live with our time. That's how it is. The world is moving, and I think it's the same in the car industry. The cars are sounding less and less, so you lose a bit of the emotion there.