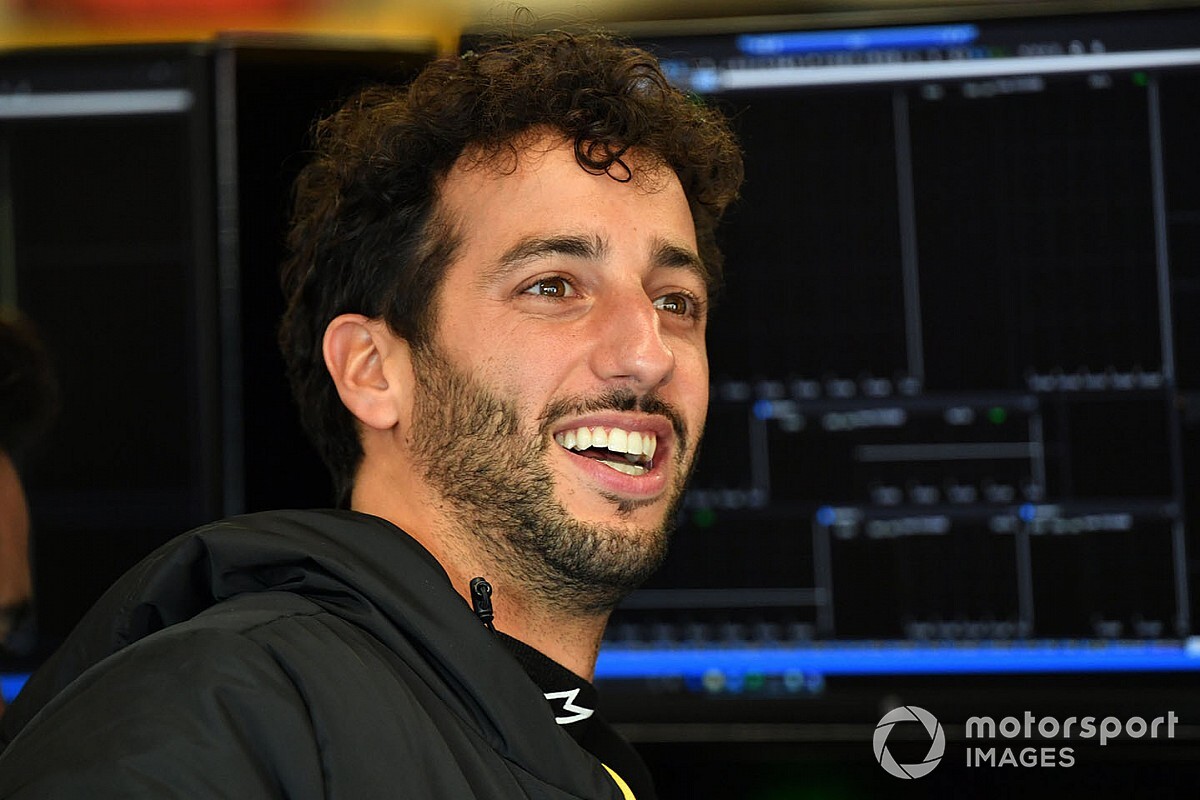 Renault Formula 1 driver Daniel Ricciardo says he avoided getting involved with sim racing during the recent break because he feared getting sucked in by being too competitive.

After the COVID-19 pandemic forced the opening 10 races of the 2020 season to be called off, a number of F1 drivers immersed themselves in sim racing as a way to stay entertained and keep sharp. The likes of Lando Norris, Charles Leclerc, George Russell and Alexander Albon were regulars in F1’s Virtual GP events, while Norris, Leclerc, Max Verstappen and Pierre Gasly took part in the Virtual 24 Hours of Le Mans co-produced by Motorsport Games.

Ricciardo’s Renault teammate Esteban Ocon said sim racing helped him to “stay sharp and to stay ready for competition”, adding: “When I came back to the real car, it didn’t feel like it was so long ago I drove it.”

Asked following Ocon's comments if he was tempted to follow the lead of his peers on sim racing, Ricciardo replied “not particularly”, before explaining his concerns about becoming too immersed in the competition.

“I am very competitive in anything. I know if I got [a sim], to get on the level that these guys are doing is going to take hours and hours and hours,” Ricciardo said. “I’m not going to just be racing around at the back, and be the guy that races but doesn’t compete.

“I would lose days and days and months, maybe years on it. I just chose not to go down that rabbit hole, because once I’m in, I think I’m all in.”

Ocon revealed that he went as far as working with his Renault F1 engineers to help him prepare for some of his sim racing events.

“To prepare for the Virtual GPs you have to do so much racing, so much commitment before,” he said. “I was doing six hours per day for eight days, with my engineers, with everyone. It’s a lot of hours.

On hearing this, Ricciardo smirked and replied: “I’ll leave it to the younger generations.”