Carey warns against F1 history being "straightjacket" for change 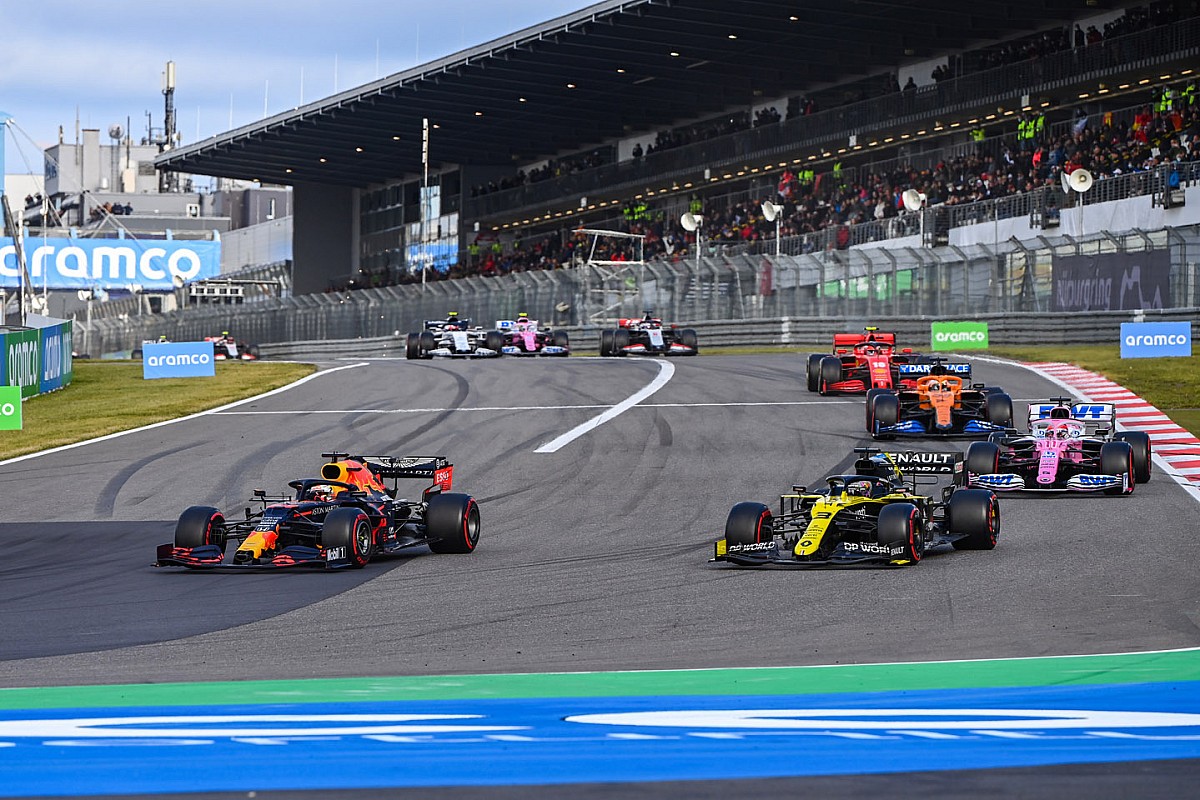 Chase Carey has warned against Formula 1’s history and traditions becoming a “straightjacket” that doesn’t allow the series to consider format changes such as reverse grid sprint races.

F1 officials have been considering moves to introduce reverse grid sprint races as a replacement for qualifying at select grands prix on the calendar.

The proposal was rejected for 2020 after Mercedes stood in the way of unanimous agreement, and although voting structure changes have made it easier to push through in the future, opposition appears to have grown.

Outgoing F1 CEO and chairman Carey said that while changes would not sit well with some purist fans, examples from other sports proved they could often be beneficial.

“Most sports, when they’ve talked about changes, the hardcore fans resist change,” Carey said on F1’s Beyond the Grid podcast.

“Major League Baseball, when they had a designated hitter, everybody didn’t like it. The NBA put in a three-point line, the hardcores didn’t like it. You added teams to play-offs, you used to have the league champions play in the World Series, this year they had 16 teams compete.

“Really in most of those cases, not all, but in most cases, those changes have ended up being viewed as positive, bringing fresh energy, bringing a fresh perspective.

“I think you have to be careful that you don’t gimmick-up the sport, that you’re recognising the importance of history and the importance of what has made this sport special, but not let that become a straightjacket that doesn’t enable you to consider changes that may truly enhance the sport for fans.”

F1 managing director of motorsports Ross Brawn said in the wake of the dramatic Italian Grand Prix at Monza that it was the perfect time to revisit the reverse grid sprint race plan for 2021.

Changes to F1’s governance under the new Concorde Agreement from 2021 mean that only a ‘super majority’ is required to approve a format change, unlike the unanimity required this year.

But more teams have been lending their opposition to join Mercedes, while a number of drivers have also aired concerns about the format change potentially devaluing wins.

Carey stressed that any call about a format change would be a “group decision” and that F1 was “not going to dictate that” to teams.

“I think a decision like the specific one about a qualifying race, I think is a group decision. From my perspective, we’re not going dictate that.”

“Let’s tee it up, take about the pros and cons, do the appropriate homework of what we think again the benefits and issues with it, and have an honest discussion with everybody,” Carey said.

“That’s where it’s important to have a spirit of partnership and not look at it as is this good or bad for me as a team, but is it good or bad for the sport, and make an informed judgement.

“Is this a decision that we feel is respectful to the sport and create greater races for fans? At the end of the day, this is what this is all about.

“Not every fan is ever going to like it, you're never going to get to 100%, which is why we have to make the judgement is it something we think on balance will improve the sport.

“Without making it sound like we’re just throwing ideas against a wall, we should always be trying to push ourselves to look at other ways to make the sport more interesting and exciting for fans.”