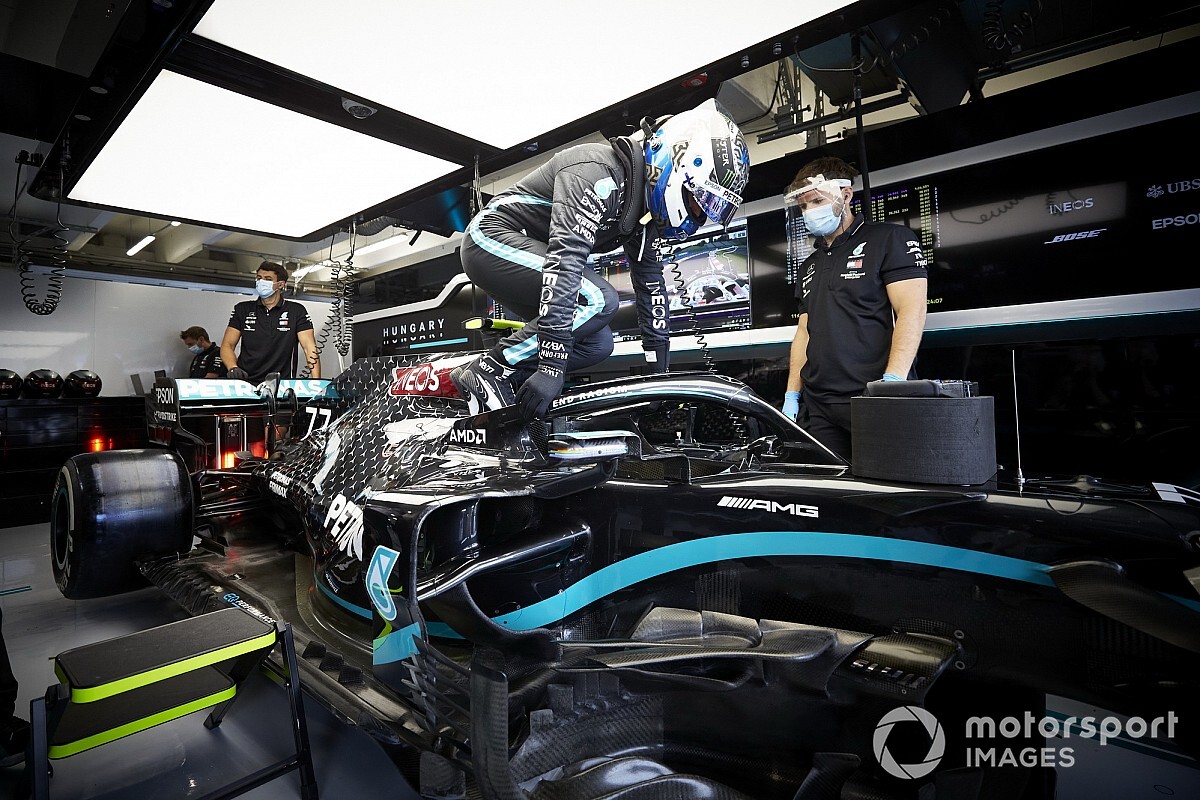 Valtteri Bottas says talks with Mercedes over a new Formula 1 contract are “moving in the right direction” as he closes in on extending his stay with the team into 2021.

Russell is a Mercedes junior driver, and had been tipped as the only realistic candidate to replace Bottas, but will spend a third year with Williams in 2021.

When asked by Motorsport.com on how talks with Mercedes were progressing, Bottas said that while nothing had been signed, they were developing positively.

“I can say that we have started talking about it, because I think we all realised that time actually goes quick with these triple-headers, and [it’s a] pretty intense schedule for all of us,” said Bottas. “But obviously nothing is signed yet, but I think things are moving in the right direction.

“The main thing as I said last weekend is to keep focused on the championship. There’s big things to be achieved this year, so keep the focus on that, and I’m sure things will move on eventually. Of course, from the driver’s side, if things drag on, it’s not nice. But we’ve only done two races, so it’s OK. There’s no big panic or rush.”

Current drivers’ championship leader Bottas said in pre-season that he wanted a deal to be sorted sooner than last year, when talks dragged on until August and became a distraction in his title bid.

Bottas joined Mercedes in 2017 as a late replacement for world champion Nico Rosberg, and has formed a strong partnership with Lewis Hamilton at the team over the past four seasons, contributing to three constructors’ title wins.

Hamilton spoke warmly of Bottas’ growth when asked if he saw any difference in his teammate this year: “Every year I see Valtteri continue to grow as a racing driver, but also as a team player, and as a man. Naturally you’re going to see growth. He discovers as we all do the strengths and weaknesses through the year, we analyse it, and we work on it moving forwards.

“I think you’re seeing a fitter, more focused driver this year, and I think that’s great. I continue to enjoy working with him, and with the respect that we have continues to grow I would say.”

The prediction that should enthrall – and gall – Mercedes’ rivals