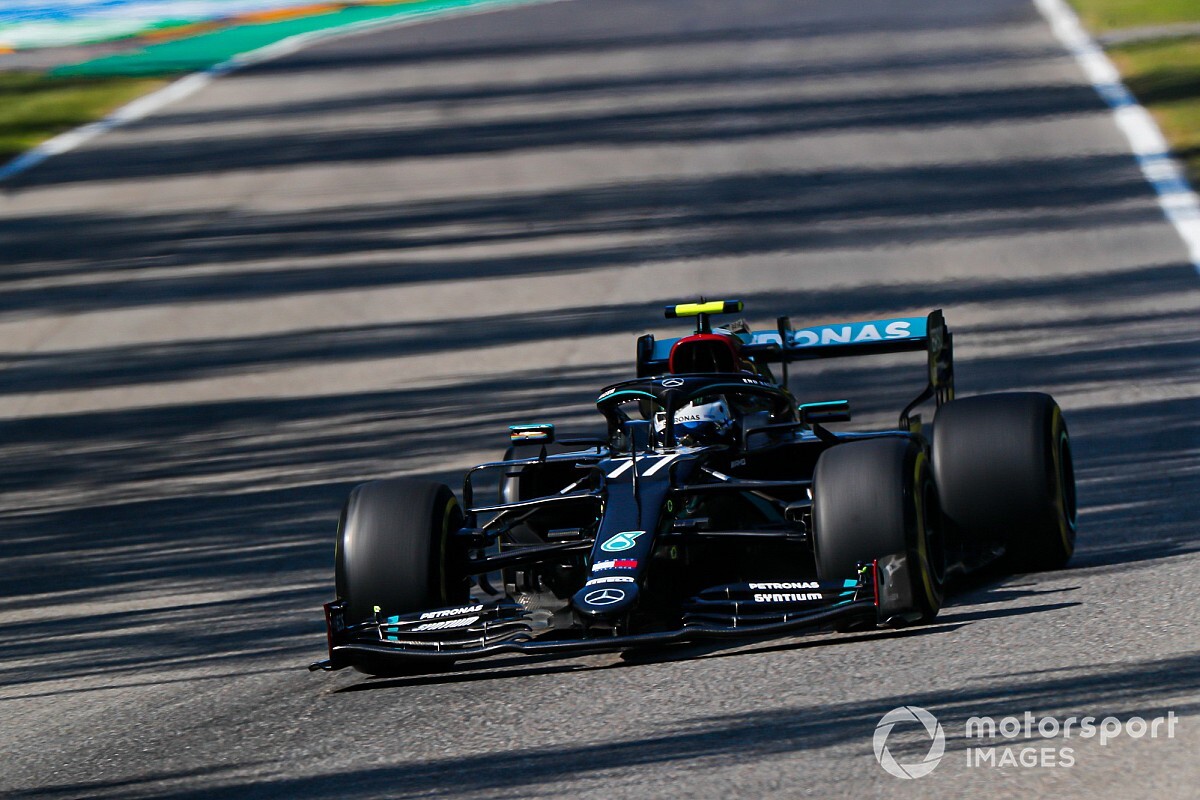 Valtteri Bottas says he found it “slightly surprising” to see Mercedes so far clear of its Formula 1 rivals in Friday’s practice running for the Italian Grand Prix.

Bottas was able to lead Mercedes to a 1-2 finish in first practice on Friday at the Autodromo Nazionale Monza before teammate Lewis Hamilton edged clear in the second afternoon session.

Both sessions saw Mercedes finish well clear of the rest of the field, with third-placed Lando Norris lapping almost nine tenths off the pace in FP2 for McLaren.

Red Bull has often been Mercedes’ closest competitor through the 2020 so far, but Max Verstappen could only finish the day fifth-fastest, over a second off Hamilton’s leading time.

Bottas said after practice that he was largely happy with the day despite needing to find some rear stability in places, but was surprised that Mercedes’ advantage was so big.

“It felt pretty good all through the day,” Bottas said.

“I’m sure we can still improve it. I would say the biggest issue for me was a bit of a lack of stability in a few corners on the rear end, but other than that, pretty good.

“I think the performance and the lap times compared to others, it’s slightly surprising at this point. Of course we’ll see tomorrow.”

Asked how much more lap time Mercedes could find in the W11 car ahead of qualifying on Saturday, Bottas replied: “There is always more to come, for sure.

“I think my lap in practice two wasn’t that great, so also from my side, there’s quite a bit more to come. I’m sure it’s the same case for every team.”

Second practice on Friday saw a number of drivers get lap times deleted for running wide at Parabolica, as well as a lot of bunching at points as cars tried to get a tow off each other.

Bottas said the qualifying tactics were to be expected given the “fine margins” across the course of a lap at Monza.

“It’s a quick and short lap, and not that many corners to make differences,” Bottas said.

“It’s going to be a nice battle, but I feel really good, so I look forward to it.”