Bottas confident of "strong points" at Monza despite grid drop

Valtteri Bottas remains confident he can score "strong points" at Monza despite a grid drop set to leave him at the back of the Formula 1 grid on Sunday.

News emerged during qualifying for the Italian Grand Prix on Friday evening that Bottas would be starting Sunday's race from the back of the grid after a strategic move by Mercedes to change some power unit elements.

Bottas duly set the fastest time at the end of Q3 to deliver a qualifying 1-2 for Mercedes, pipping teammate Lewis Hamilton to top spot.

Bottas will start Saturday's sprint race at Monza from P1, giving him the chance to fight for the maximum of three points on offer for the winning of the 100km event. He will then drop to the rear of the field on Sunday.

But the Finn was encouraged by the pace Mercedes had shown at Monza on Friday, giving him confidence he could still walk away with a decent haul of points.

"I think sprint obviously, there's a possibility to get a few points, so of course, try to get the maximum points tomorrow that we can," Bottas said.

"Then it's another fight on Sunday. Now I'll just focus first on tomorrow, and try to deal with it on Sunday.

"Having a look at the pace we have here, I'm sure we can still get some strong points on Sunday." 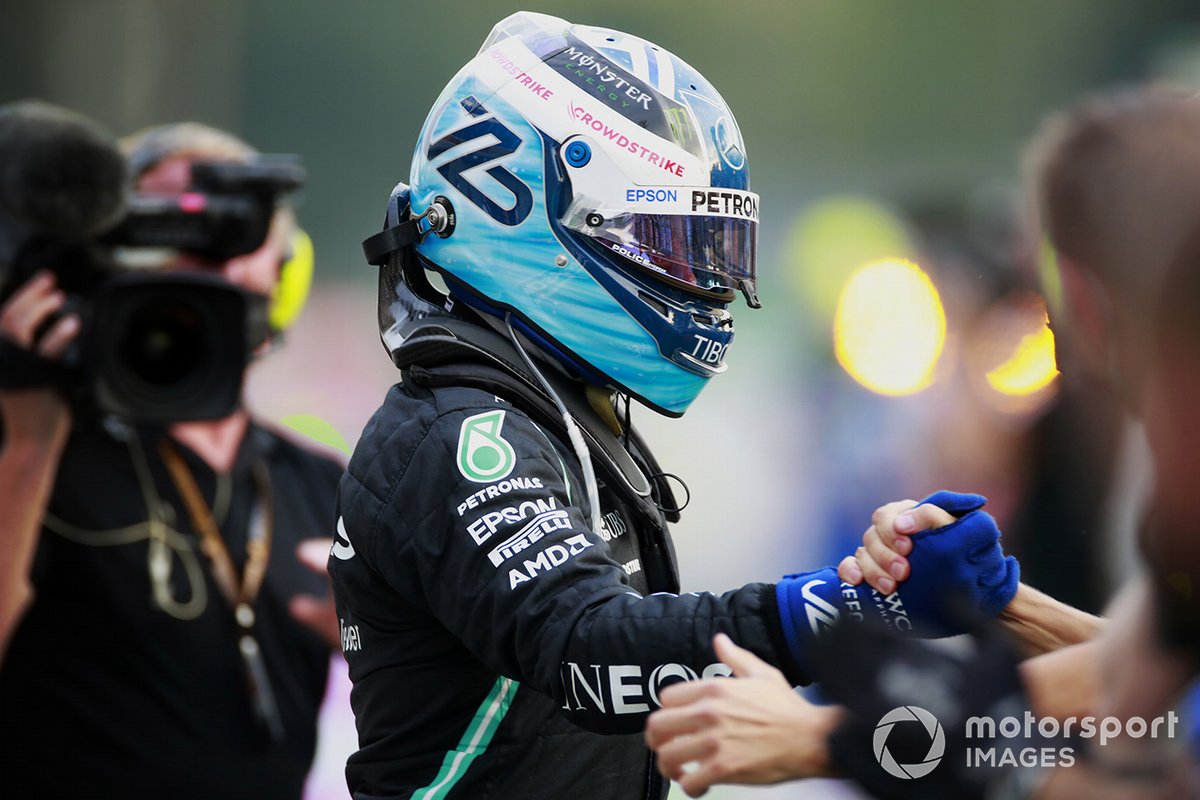 Bottas sat fifth after the first runs in Q3 following an error at the exit of the Roggia chicane that saw him touch the gravel, before a tow helped him surge to P1 at the end of the session.

"It felt nice and I enjoyed the last lap, it was a beautiful lap and I really had fun," Bottas said.

"The car has been really good this weekend, and we saw that there's a bit of a gap to Red Bull as well.

"So it's been maybe stronger than we expected so far this weekend, and hopefully it will be the same in the race."

The charge to first place came just days after Bottas announced he would be leaving Mercedes at the end of the year, joining Alfa Romeo for the 2022 season.

Teammate Hamilton said it was "great to have a front row lock out for the team", adding: "Particularly with the news this week, it's great to Valtteri going so well."