Lando Norris believes McLaren was quick enough for the top three in Formula 1 qualifying at Monza on Friday, saying finishing fourth “sucks” after narrowly losing out to Max Verstappen.

Following his worst qualifying of the year last weekend at Zandvoort, where his unbroken run of consecutive Q3 appearances came to an end with 13th on the grid, Norris sat third after the first runs in Q3 at Monza on Friday evening and was just 0.065 seconds shy of provisional leader Lewis Hamilton.

But Norris dropped to fourth place in the final runs after Valtteri Bottas surged to top spot for Mercedes, leaving the McLaren driver 0.434s off the top of the timesheets. teammate Daniel Ricciardo qualified fifth.

"I hate those words, 'very close', because it always makes you feel like you didn't do a good enough job," Norris said when told he was very close to P3.

"I'm happy. We're in a much better position than the last weekend and I look forward to the race than a lot more as well. So a nice weekend to bounce back on, a good position so far.

"Missing out on P3 kind of sucks. I would have loved that little bit more, which I think we had in the car today. But I guess I have to try and do it tomorrow."

Norris felt that his first run in Q3 was "my best lap", but took encouragement from the three-tenths of a second gap to AlphaTauri's Pierre Gasly in sixth place. 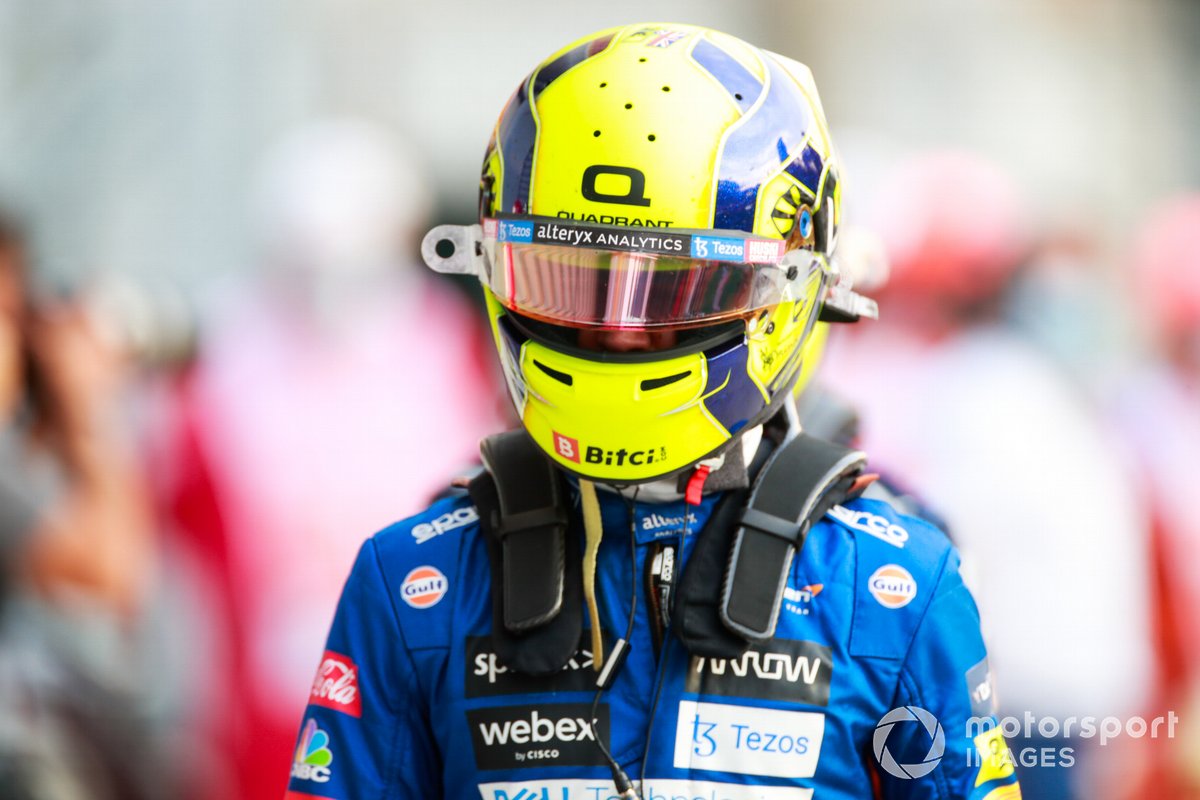 "The car, it is nice, and I think that shows in the lap time compared to where we were," Norris said after struggling to tenth at Zandvoort.

"We have a bit of a gap to Gasly and the rest of the guys we are racing against. So the car is alive, it's working well.

"It's just weird, isn't it? I find it weird that we can be on one racetrack one-and-a-half seconds almost off pole, off Verstappen, and now I'm quarter of a tenth [behind Verstappen here].

"[It's] just because of the track and how the car works on different tracks, how the difference and the swing of lap time can be huge.

"We didn't really change that much. But the car has got miles quicker. So it's cool."

Bottas confident of "strong points" at Monza despite grid drop