Aston Martin Formula 1 chief Otmar Szafnauer hailed Sebastian Vettel for his “brilliant” integration into the team through 2021 and for his integrity shown throughout the season.

While Aston Martin slipped back to seventh in the constructors’ championship after being hurt by the downforce cuts under the tweaked regulations for 2021, Vettel was able to score the team’s best result of the season, finishing second in Azerbaijan.

Vettel came close to victory in Hungary, where he finished second before later being disqualified due to a technical infringement. The team announced in September that Vettel would be staying on for 2022 alongside Stroll.

“He’s such a man of integrity, he works hard, great work ethic, leaves no stone unturned.

“The engineers like working with him, the mechanics love him as a person. He’s just a genuine guy. And that goes a long way in life.” 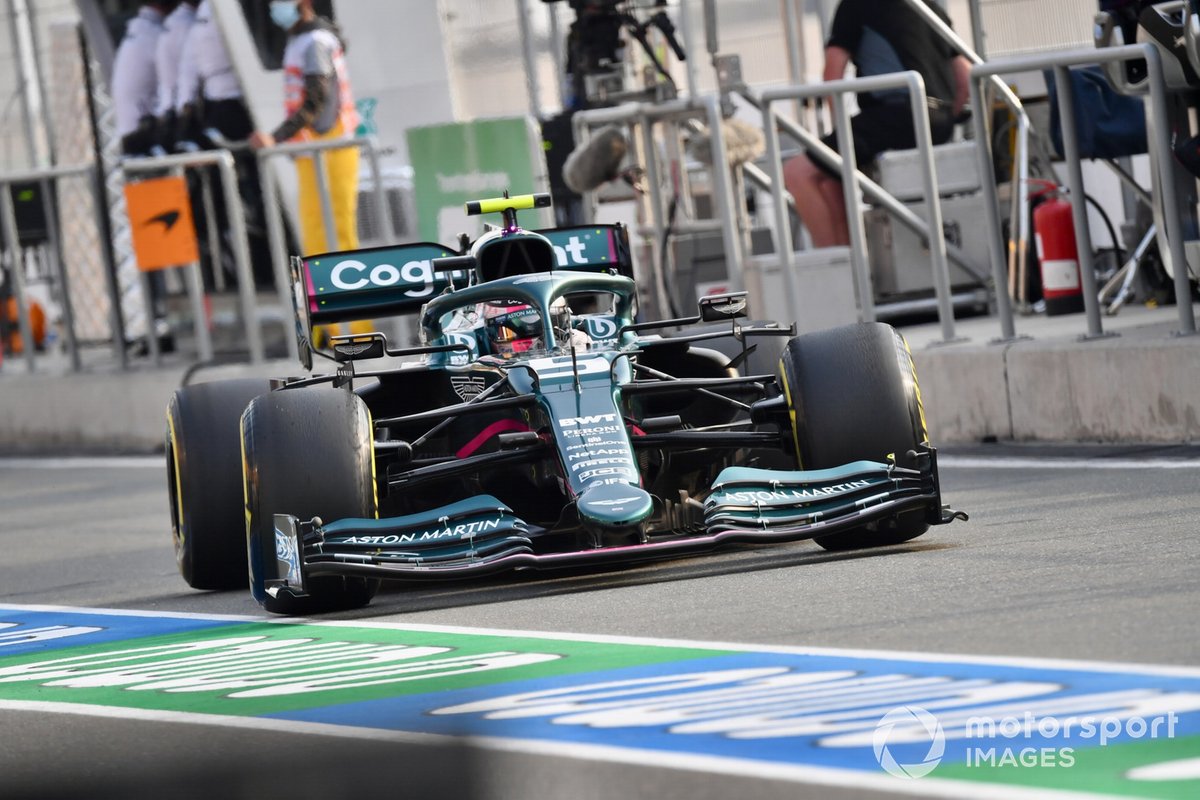 Vettel has gained widespread praise for his off-track efforts throughout this year, raising awareness for important environmental issues, as well as highlighting social matters such as speaking up for LGBT+ rights in Hungary.

Despite having known Vettel for over a decade, Szafnauer found it interesting to see so many of the traits he had heard about through a professional relationship, and was not surprised by his work ethic through the year.

“Everyone else that has worked closely with him talked about him in the same way that I’m talking about him now,” Szafnauer said.

“And socially, I could see those traits as well. So was I surprised, no, but I was delighted to have what I thought he was confirmed by his actions.”

Szafnauer acknowledged that it took Vettel a few races to get to know the team and get up to speed, but felt he had “done a good job”.

“He even does that in the race. So when he starts a race, he will look at other drivers and lines they’ve taken in the race, to see if he can learn even within a race to be able to go quicker or save the tyres more, or whatever you have to do. That to me is his biggest asset.”

Szafnauer picked out Hungary as being Vettel’s strongest race of the season, where he put Esteban Ocon under race-long pressure in the fight for the win before finishing second and later being disqualified.

“Although the result didn’t count, through no fault of his own, I thought he drove a brilliant race in Budapest, and tried and tired and tried to overtake Ocon,” Szafnauer said.

“He wanted the win badly. It’s just so difficult to overtake in Budapest, unless you have a massive, massive car pace advantage, which we didn’t have.

“Had it been a little bit different, a bit quicker pit stop, had we just gotten out of the pits ahead of Ocon, I think he would have left him [behind].”