Following the rebranding of the Toro Rosso team, AlphaTauri scored just its second win in its 15-year history when Pierre Gasly claimed a shock victory at the Italian Grand Prix.

It was the highlight of a season that featured a number of impressive displays from Gasly in particular, while teammate Daniil Kvyat came close to a podium finish at Imola.

The team ended the year seventh in the constructors’ championship as it recorded its highest points total to date, finishing just 24 points shy of Ferrari.

Gasly’s victory led to comparisons to Toro Rosso’s performance in 2008, when future four-time world champion Vettel raced for the team and became the youngest winner in F1 history at Monza (pictured top).

But Tost - who also oversaw Vettel’s breakout year with Toro Rosso before the German's move to Red Bull - felt 2020’s achievements surpassed what the team did in 2008.

“In 2008, yes it was a fantastic victory with Sebastian in Monza, but we didn’t have so many good finishes like this year,” Tost told Motorsport.com.

“It wasn’t only the victory in Monza. There were many other good races that we had with the fourth place at Imola, the fifth place in Portimao. We were sixth in Bahrain and in Germany, seventh in Austria, Great Britain and Mugello.

“We didn’t have only one exciting race. We had a lot of very good race results, and this put us plenty ahead of 2008.” 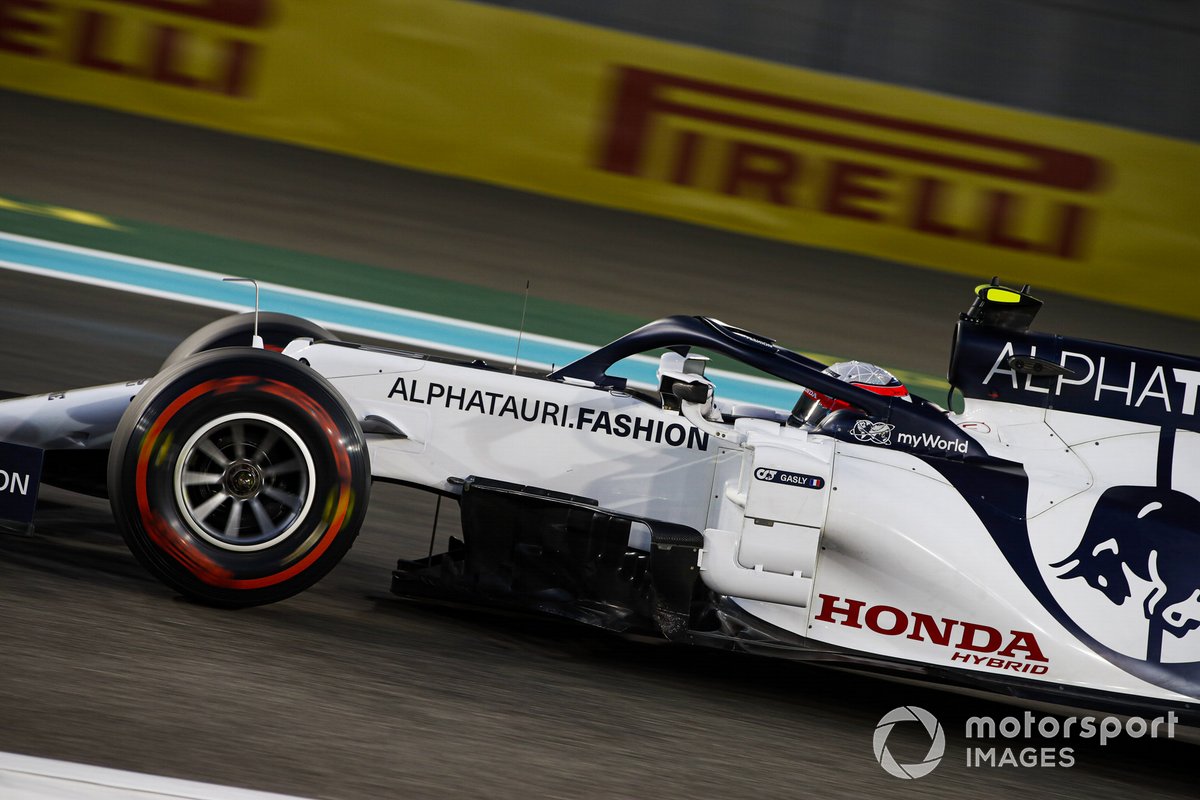 Tost also hailed the way in which the AlphaTauri team at Faenza had come together through 2020, as well as Gasly’s own step up in form across the season.

“In Faenza, the design team, production, worked really good and are coming together,” Tost said.

“We are getting stronger and stronger in every aspect from the processes, but also from the discipline side and also the track operations worked well. People are coming more and want to get up.

“We have two really good drivers as well. Pierre improved a lot. He has reached a real high level now. And therefore, we could be so successful.

“The car, I must say, worked from the very beginning onwards. The aerodynamic upgrades fortunately brought an advantage and put us forwards. These points together came up to a nice clear picture with success.”

In his first full year back at AlphaTauri, Gasly scored close to three-quarters of the team’s points en route to 10th place in the drivers’ championship.

The Frenchman felt pleased with how consistent he had become across the course of the season, picking up points in all but three races that he finished last year.

“It’s fair to say I’m performing better, I’m a better driver than I was before,” Gasly told Motorsport.com.

“This was also a target for myself, to be more consistent. Obviously you never get the ideal scenario, the ideal balance, the ideal race, strategy, tyre deg, whatever. But just try to be better at reacting to all these factors, and to get a more consistent performance through the season.

“I’m really happy about it, because I think we have had many top 10 finishes, many Q3s as well. In terms of work with the team, I feel like we are really understanding each other well.

“We’ve been really consistently, performing and maximising the performance with the car we have. This was a clear target we set with the team and myself and the people around me to achieve this season.”