FIA praised for running “on the limit” Styrian F1 qualifying 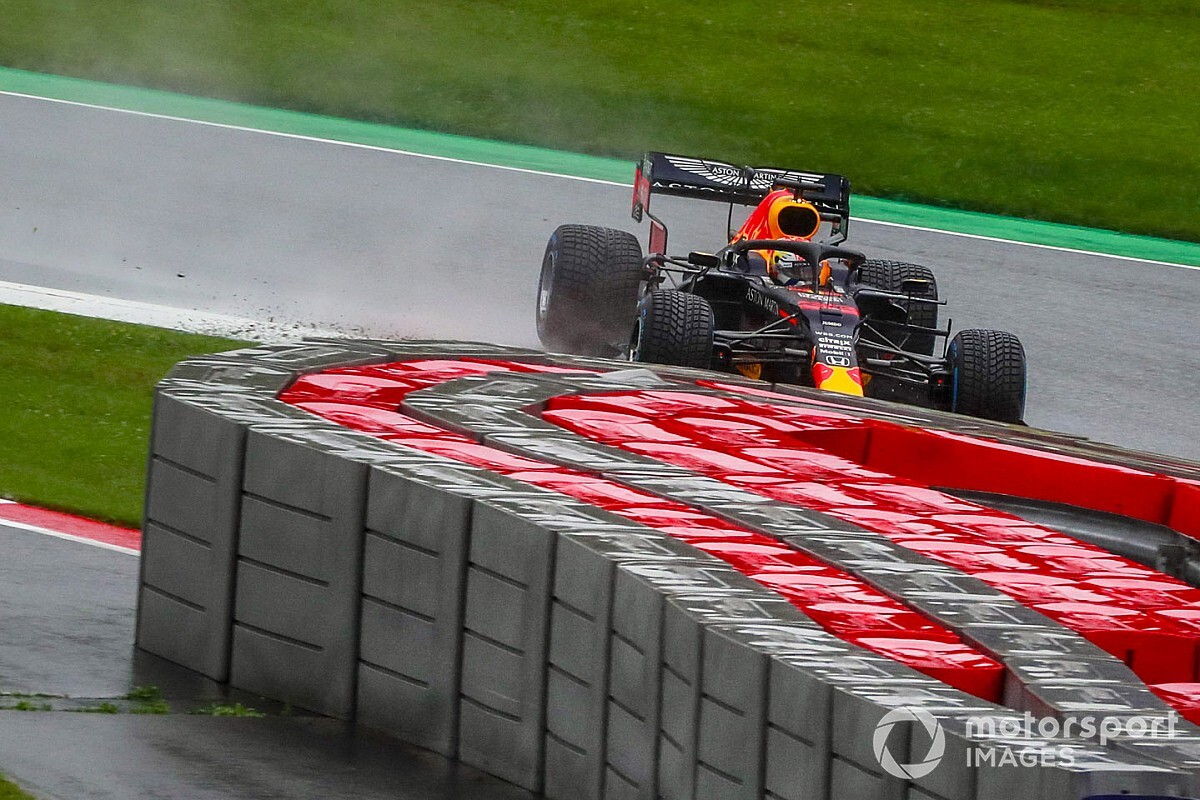 The FIA has been praised for taking “fantastic decisions” to find a window so that Formula 1 qualifying for the Styrian Grand Prix could take place on Saturday as planned.

F1 had been braced to postpone qualifying until Sunday morning due to heavy rain and storms at the Red Bull Ring on Saturday, which forced final practice to be cancelled. The start of qualifying was delayed for 45 minutes before race control started Q1, finding a break in the heavy rain to get all three sessions completed.

A reduced break between the three stages of qualifying helped get the session completed before heavier rain arrived. The shower forced the Formula 2 feature race to be red flagged and suspended for 45 minutes before eventually being completed.

“I think the FIA took fantastic decisions,” Mercedes F1 chief Toto Wolff. “Michael Masi [race director] and his team must be praised, because we want to see exciting sessions and in the rain it’s where we can really see talent and driving skills shine.

“It is not only Lewis’s unbelievable, out of the world lap, but if you look at the grid overall, I really enjoy watching the young ones. [Carlos] Sainz in P3, [Esteban] Ocon in P5, [Lando] Norris right there, [George] Russell in P12 almost making it into Q3.

“This is really what is enjoyable to see. And we need these sessions that are different that change the pecking order because it just gives the less quick cars and the better drivers opportunity to shine.”

Pole winner Lewis Hamilton added: “The officials definitely have a difficult job the majority of the time, particularly on a day like this knowing when to go and when not to let the cars run.

“I’m grateful they did. Just as we came to qualifying, it was drying up or wasn’t raining for a while, and just as everyone got in the car it started to rain again. We obviously had that pause, but once we got going, it was fine for the first session, then it did get worse.

"It was definitely on the limit, but that’s racing. I’m glad they didn’t take that away from us, because today, it’s so special being out there, it’s so difficult.

“I don’t know how it comes across on the cameras, but it is the hardest conditions that we ever drive in. Just one small lapse of concentration and you’re off, it can be big or small, more chance of it being a big one.”

Renault’s Esteban Ocon impressed en route to fifth place on the grid, and felt it was only at the very end of Q3 that it became marginal whether it should continue.

“It was very good that we managed to get some laps and to get the qualy done,” said Ocon. “It was safe until the last two or three laps, let’s say. The rain got heavier at the end of Q3 and started to be difficult as we could see, the F2 delayed, that was pretty normal.

“Overall, Bernd Maylander and the whole FIA, they did a great job at having a safe track at the right time. I think that was very well played and very well executed.”

Ocon’s team-mate Daniel Ricciardo finished ninth in qualifying, and conceded he was “spooked” by a mistake at Turn 7 in the wet conditions. But the Australian said he never felt the session should have been suspended.

“I’m really glad we got to qualify today, I think it was the right decision,” said Ricciardo. “It is tricky by ourselves on-track, in terms of we’ve got a bit of a gap to the car in front. Yes, there was a bit of aquaplaning, but as long as you could see your line, you’re OK.

“Track conditions were OK, absolutely, just when you’ve got a few cars in front and the spray is the visibility, that’s a tricky one. I guess racing with 20 cars in a pack, it is a bit harder, and you only see the rain light kind of at the last moment. But 100% it was the right call to qualify today. I think every driver would say it was safe enough."