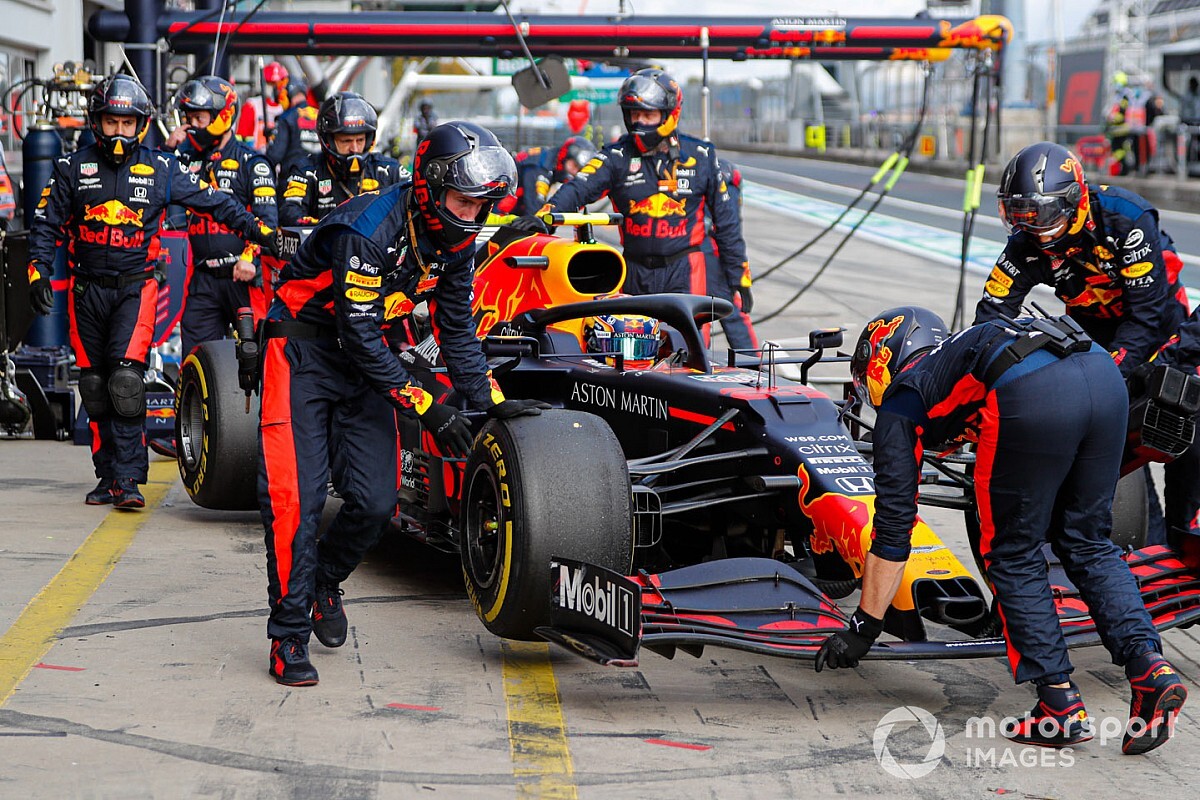 Horner believes that the Thai/British driver would have been challenging for a podium had he not retired, despite an early pit stop that compromised his race.

Albon locked up on the first lap and the subsequent vibration issue led to a pit visit on lap 8, which was significantly earlier than planned.

He dropped to the back of the field. However he was making good progress and had survived contact with Daniil Kvyat, which earned him a five-second penalty, when he was called into the pits due to rising temperatures.

“He had a big lock-up into Turn Three on the opening lap,” said Horner. “And our concern was that he had gone pretty much through to the canvas. We were seeing vibrations increasing to the point that it was past our threshold.

“So from a safety point of view, we had to pit him at that point. He then started to make good progress back through the field, but was very unlucky in that he picked up some debris that has pierced the radiator on the cooling circuit, and we just saw our temperatures starting to go sky high. Before losing an engine it seemed we had no choice but to stop the car.

“It was a shame in the race, I think he would have been racing [Sergio] Perez and [Daniel] Ricciardo even with that flat spot and early stop. It was a shame for him not to see that come to fruition today, because he's had a pretty sensible weekend.

" So I think it's a shame that he didn't get a result out of today, because I think there was more to come.”

Albon had undergone a chassis change on Friday, with the team having planned to run alternate suspension set-ups on its two cars.

“The chassis change was always scheduled on the Friday evening,” Horner explained. “So we were wanting to obviously test two different configurations on Friday and with the weather not allowing us to do that we just converged onto one set-up.”

Albon, who recorded his first non-classified finish of the year, admitted that it had been a frustrating afternoon.

“We wouldn't have boxed if there was no issue,” he said. “Obviously, we had the lock up in lap one. So just compromised the race really. It was a bit of a shame, obviously the car is quick.

“Without having this issue we could have done something. We were pretty slow with the flat spot, so I'm sure there was pace in the car there.”

Regarding the clash with Kvyat, he added: “We had a good restart, and obviously Dany run a bit wider in the chicane. And a bit of misjudgment on my side.”

Bottas "would need a miracle" to beat Hamilton to title