Bottas "would need a miracle" to beat Hamilton to title 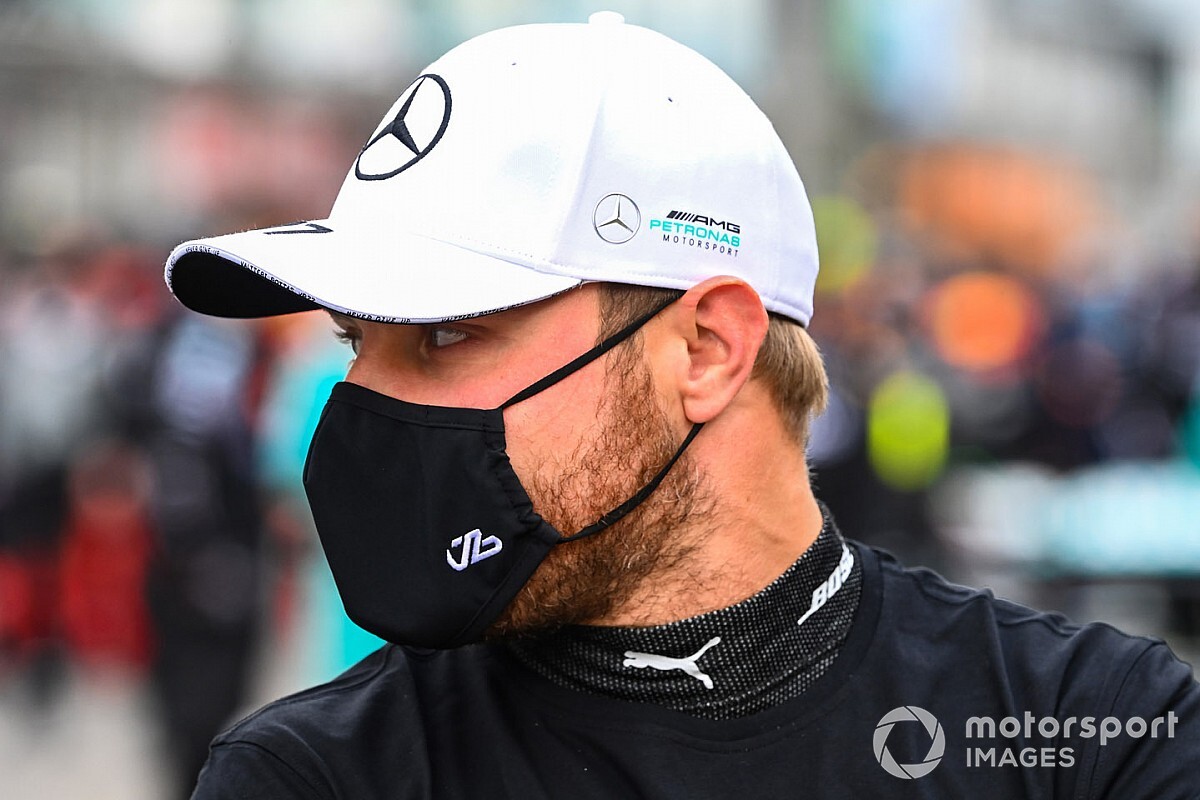 Valtteri Bottas admits he "would need a miracle" if he is to beat Lewis Hamilton to this year's Formula 1 world championship after losing ground in Sunday's Eifel Grand Prix.

Bottas arrived at the Nurburgring off the back of his second win of the year in Russia two weeks ago that had seen him cut Hamilton's lead to 44 points.

Bottas beat Hamilton to pole position and led the early part of the race, but slipped behind his teammate after a lock-up at Turn 1 in light rain caused him to run wide.

A Virtual Safety Car period gave Hamilton and Red Bull's Max Verstappen a free pitstop, leaving Bottas third overall, only for a suspected MGU-H issue on his power unit to force him to retire.

With Hamilton taking victory, Bottas now sits 69 points behind in the championship with six races to go in the 2020 season.

Bottas conceded he was disappointed to have retired from the race due to an issue that was outside of his control.

"It's disappointing, of course, very disappointing, and one of these things that you can't do anything for," Bottas said. "Obviously I did have the lock-up before that. I think still I had all the chance for the win because that made me commit to a two-stop quite early, and I think a two-stop at the end was the best strategy.

"I knew there was all to play for, even after that lock-up in the drizzle. Then the engine thing, I couldn't believe it.

"Now I understand the gap to Lewis is pretty big in terms of points. Definitely would need a miracle.

"But as always, [there is] no point to give up. You need to keep the bar high and keep trying. We'll see. Disappointed is the best word."

Mercedes team principal Toto Wolff spoke to Bottas after the race to apologise for the power unit failure, and agreed with the Finn's belief a two-stop strategy could have put him in position to win the race.

"We had a good chat, I said sorry for the failure," Wolff said. "I believe that a two-stop that he said himself put himself on a trajectory of a two-stop would actually have been something that could have worked out to win the race.

"But it is what it is. This is still a mechanical sport. Today it was us that let him down."