Formula 1 is now on course to reduce the impact of dirty air on performance by as much as five times with its 2021 regulations, sporting director Ross Brawn has revealed.

By:
Valentin Khorounzhiy
Co-author:
Adam Cooper
Listen to this article

F1's switch to higher-downforce cars in 2017 triggered a reduction in overtakes and wheel-to-wheel action, as drivers struggled to run close behind other cars due to an increased loss of performance while running in the car ahead's turbulent wake.

Raising the quality of racing has been a primary aim for the championship's next rules cycle, and while F1 has already introduced a raft of changes aimed at increasing overtaking for 2019, series chiefs have promised a much more substantial impact from the 2021 rules.

When F1's initial 2021 car concepts were launched in Singapore last year, Brawn said F1 had designs that would allow cars to keep as much as 80 percent of their performance in dirty air – but ahead of this year's campaign he has offered an estimate that was bigger still.

"There's a massive difference already," he said. "With the current car, two car lengths behind, you lose 50 percent of the performance.

"The car we have [in the works] now, you lose 10 percent of the performance. So it's a huge improvement over where we are today."

The true impact of dirty air is difficult to measure precisely, with FIA's head of single-seater matters Nikolas Tombazis having estimated that 2018 cars lost only "about 30 percent" of their downforce while following another car "15 to 20 metres back" - as opposed to Brawn's suggestion of 50 percent at two car lengths.

Tombazis had targeted a one-third decrease in performance loss with this year's rules.

An overall reduction of downforce has been frequently mooted as a solution to F1's current overtaking woes, but Brawn believes this wouldn't suit F1 on a conceptual level.

"I've heard it commented that we should get rid of the wings and the downforce and just rely on mechanical grip and then the cars will be able to race each other," Brawn said.

"The problem with that is they'll be slow. And the speed of the Formula 1 car is what takes your breath away.

"So I don't think we can take a simplistic view and just get rid of all the downforce and think that'll solve it.

"What we need is the downforce to be delivered in a way that cars can race each other.

"Overtaking can sometimes be used as the measure of success, but in fact close racing and the ability of cars to run behind each other and run side-by-side and get close and attack is the thing that everyone gets excited about.

"Even if it ultimately didn't culminate in an overtaking being achieved - but [as long as] they're fighting each other." 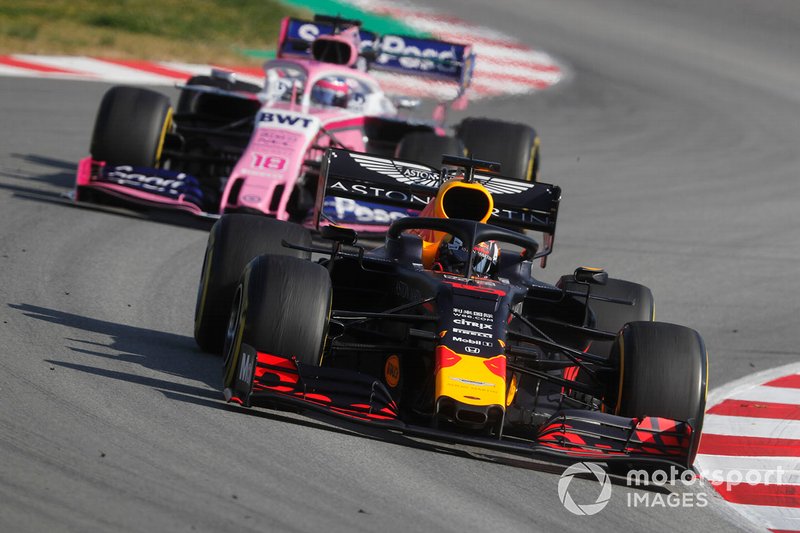