Why F1 teams voted down the "knee-jerk reaction" tyre change 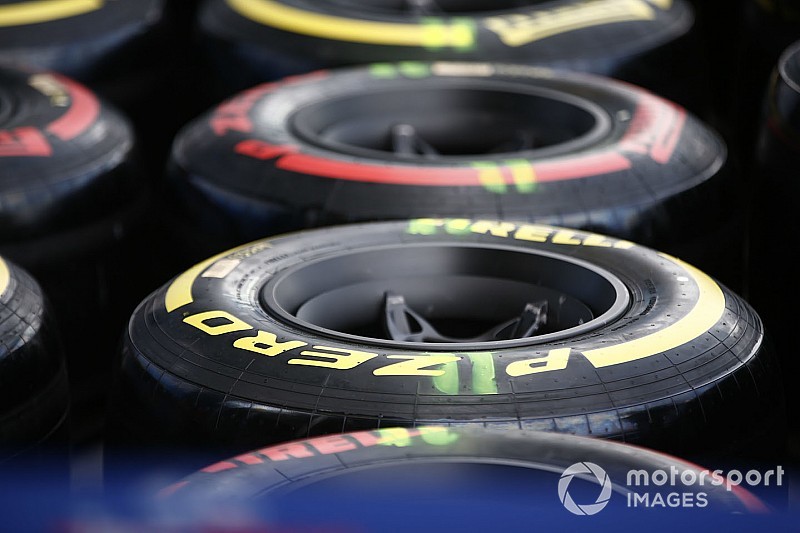 The failed bid to change Formula 1's tyre specification mid-season to try to end Mercedes' domination has been described as a "significant risk" and a "knee-jerk reaction".

A meeting on Friday morning at the Red Bull Ring ended with a 50/50 split between teams over whether to switch back to Pirelli's 2018 tyres.

This was a result of Mercedes' dominant start to the season and the struggles many teams have had on the thinner-tread tyres introduced for 2019.

McLaren, Renault and Mercedes' customer teams Williams and Racing Point joined the championship-winning outfit in voting against the change.

Asked by Motorsport.com to explain the team's position on the change, Racing Point technical director Andrew Green said: "We listened to the arguments and we especially listened to Mario [Isola], Pirelli are the experts in this area.

"From what we could tell it wasn't clear cut at all that a change reverting to last year's compounds' gauge thickness would be a positive change.

"It sounded like a significant risk to us. From our perspective it's too late for this season, the decision to focus on trying to do something to improve the tyres and the show for next season is the right thing to do.

"To not distract from the testing that's going on post-this event and post-Silverstone is the right decision. And try to do something for next year, rather than a knee-jerk reaction in the middle of this year."

Williams deputy team principal Claire Williams said she was also "not fully convinced" that 2018 tyres would solve the issue of this year's racing not being as competitive as had been hoped.

Asked by Motorsport.com about the meeting, Williams said: "Williams isn't in favour of doing that.

"Clearly we're in favour of doing everything we can to make the show better, but I don't think a quick fix that we don't actually know is going to resolve the issue."

Pirelli will work on a proposal for a possible alternative solution later in the season.

One option is for 2020 development tyres to be run later this year in Friday practice sessions, as F1's rules allow two sets of prototype compounds to be used ahead of a grand prix weekend.

Mercedes boss Toto Wolff indicated that he felt the push was teams that were "driven by the interest to increase their own relative performance".

McLaren team principal Andreas Seidl agreed, saying that F1 does not have "a tyre issue" and that Pirelli has matched "all the requirements we have set out last year as F1".

He said the motivation to change the tyres was simply because "we have three top teams with the same resources and one team is doing a significantly better job than the other two".

Seidl added: "It's nothing really we can influence as McLaren. It's down to the three top teams and the FIA and F1 to see if there's anything that can be done short-term to fix that issue."

However, Red Bull – joined by Ferrari, Haas, Alfa Romeo and Toro Rosso in backing a mid-season change – does not agree with the arguments behind keeping the 2019 tyres.

Responding to Motorsport.com's question about how the teams' viewed the push for 2018 tyres, Red Bull chief engineer Paul Monaghan said: "We would quite happily accept the 2018 tyres to come back.

"I don't think the risk is as great as some perceive. It is about creating a show. We almost have to take a step back and take a less slightly team-centric position and say if it would be better for the show, could the teams cope with it?

"Our opinion is yes, we could. We accept there's been a majority vote not to do so but we have a slightly different view to the majority."

F1's current state is exactly what fans asked for