F1 to discuss bringing 2018-spec tyres back after summer break 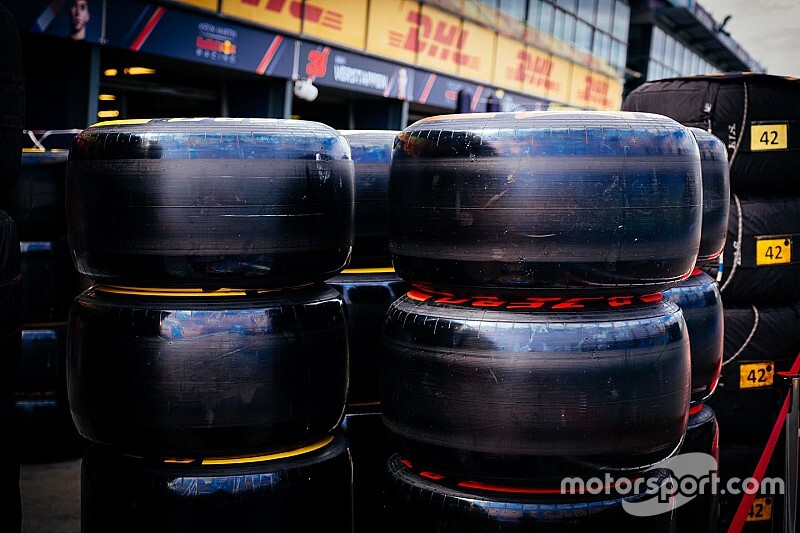 F1 teams will meet with the FIA and Pirelli to formally discuss the idea of going back to the thicker tread 2018 tyre construction after the summer break, Motorsport.com has learned.

The meeting has been called by the governing body amid concerns from a number of outfits that the move to a thinner tread this season has hurt their campaign, while it has played a part in Mercedes being able to stretch its advantage at the front of the field.

While discussions have taken place among teams in private, the dull French Grand Prix has further increased the conviction of a number of outfits that something needs to change if the season is not going to be a turn off for fans.

The situation has prompted the FIA's head of single-seater technical matters Nikolas Tombazis to call a meeting before the opening practice session in Austria to see whether there is the majority support required to make a change for after the summer break.

Pirelli reduced the thickness of the tread this season by 0.4mm in a bid to rid the tyres of the overheating and blistering issues that teams were so unhappy about last year.

In making that change, however, Pirelli has changed the tyre temperature operating window, raising it higher and leaving some teams – like Ferrari and Haas – struggling to get their rubber working properly.

Several teams believe that the change in operating temperature has been perfect for Mercedes, because it has historically struggled to not overheat its tyres.

While Pirelli has so far been aware of a number of teams being eager for change, it has repeatedly said that until there is a formal request for the tyres to revert to the 2018 spec it cannot do anything.

Under F1's rules, a change of specification of tyres will require support from seven of the 10 teams – and it is not automatic that that level of support will be reached.

While Ferrari, Red Bull, Toro Rosso and Haas are eager for change, both Alfa Romeo and Renault have expressed reservations about a mid-season swap. However, they may be won over.

Mercedes will obviously be against the switch, and McLaren is also understood to not support the change since its car works well with the 2019 tyres.

It is probable also that Williams will align itself with Mercedes, since it has close ties to the German car manufacturer.

It means that the key vote to get seven in favour could come down to Racing Point which, while being a customer of Mercedes, has faced its own headaches getting on top of the tyres for qualifying.

Should the meeting conclude that seven teams are in favour, then it is understood that Pirelli has said it could be ready to bring the new specification tyres to the Belgian Grand Prix.

Speaking at the French Grand Prix, Mercedes motorsport boss Toto Wolff said that he felt it was wrong that teams were trying to change the rules to slow his outfit down.

"It's pretty logical that the ones that will feel that they haven't understood the tyre properly will try to trigger change in the tyre," he said when asked by Motorsport.com. "My sportsman approach is that I don't think F1 should change the rules because some are doing better than others.

"I don't mean in an arrogant way. But on the contrary, this is an unforgiving high-tech sport. We have given it a big push over the winter to get on top of our set-up issues, and understand how the tyres functioned last year."

Gasly: Red Bull has "ideas" to help me out of slump

Austrian GP: Best images from around the Red Bull Ring so far