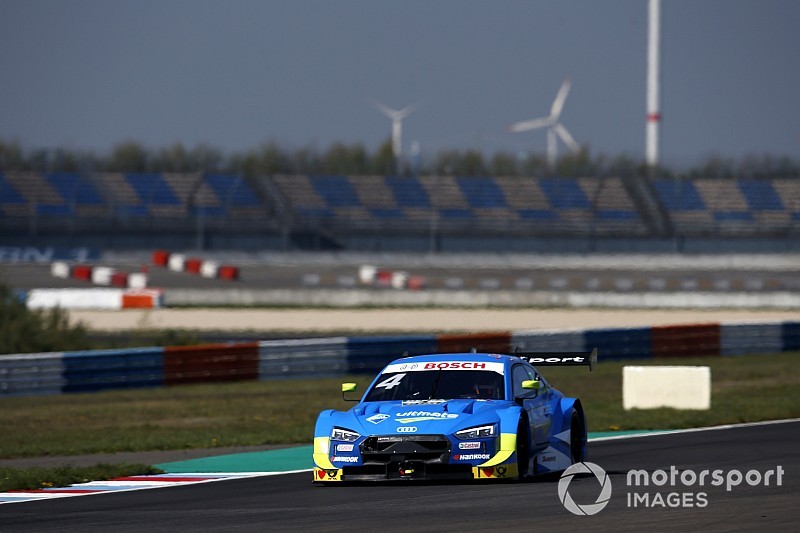 Frijns' best lap of 1m35.169s was set on Wednesday, edging out Audi stablemate Mike Rockenfeller's benchmark from the opening day of the test on Monday by 0.021 seconds.

Former champion Rockenfeller finished Monday's running 0.043s up on another Audi driver, Jamie Green, whose time stood as the third-best of the week.

Rene Rast, second-quickest on Wednesday, was fourth fastest, while Nico Muller, who topped Thursday's action but with a time slower than he managed on Wednesday, completed the top five.

Best non-Audi was BMW's Joel Eriksson in sixth place on the combined timesheets with a time 0.715s off the pace of Frijns.

Two more BMW drivers, Bruno Spengler and Timo Glock, were next up, while the new WRT squad's top driver Jonathan Aberdein was ninth-fastest ahead of another Audi representative, Loic Duval.

New WRT signing Pietro Fittipaldi, whose place on the 2019 grid was confirmed on Thursday, ended up with the 11h-fastest time of the week, just over a tenth slower than teammate Aberdein.

Jake Dennis was quickest of the four-strong R-Motorsport Aston contingent in 14th overall, 1.2s off the pace, with Ferdinand Habsburg another tenth and a half back in 15th.