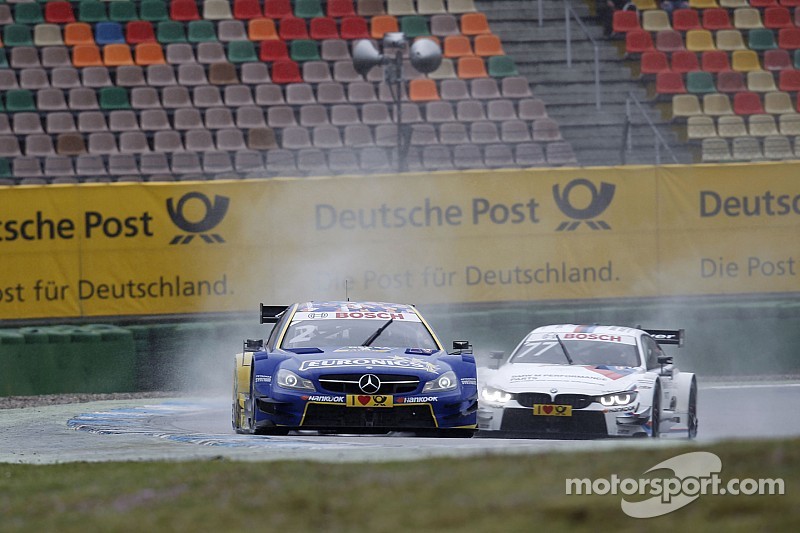 Gary Paffett has slammed Martin Tomczyk for causing the “stupid” multi-car collision that eliminated the pair in the first of last weekend’s DTM races at Hockenheim.

The crash occurred when Tomczyk lost control of his BMW in the braking area, slamming into the side of Paffett’s Mercedes and also collecting series debutant Lucas Auer in the process.

“He was sideways in the braking area and completely out of control. It was just a stupid thing to do, he did a lot of damage to his own car as well as mine and Lucas’.

“He can say what we wants, but you’re the one in control of your own car – there’s no excuse for it at all.

Paffett added that his frustration was compounded by having enjoyed a good race up until the incident, making good progress after starting from the back of the grid for a parc ferme infringement in qualifying.

“We had a good race until that point. It was unfortunate we had to start at the back, but I kept it clean; there were a lot of people doing silly things at the start but I was able to stay on track move forwards, up to P12.

“I managed to get past Martin and then I was on the back of Bruno [Spengler] going into the hairpin. I got mid-way round the corner and then just got a massive hit from behind and spun round.”

Mercedes in the hunt

Despite his frustration, Paffett managed to seal a podium finish in the second race after a scintillating drive in the wet from the back of the grid, passing Tomczyk late on for the place.

With Pascal Wehrlein and Paul Di Resta also claiming podiums in the first race, the former McLaren test driver reckons Mercedes can be satisfied with the opening weekend of the DTM season.

“We came here wanting to step up from last year and be competitive, and it’s been a good weekend,” said Paffett.

“We’re not dominant, Audi definitely have an advantage, but our race pace is strong – so we’re in the fight, which is where we want to be.

“We have a car we can challenge with, which is the biggest positive we can draw from the weekend.”

Triple lead for Audi in the DTM