Nico Muller has matured as a driver over the years and has a “lot of similarities” with his Audi DTM predecessor Rene Rast, according to Team Rosberg chief Kimmo Liimatainen.

Liimatainen’s factory Audi squad fielded Rast in the DTM for the last four seasons, powering the German driver to an incredible run of three championships and 24 race wins during that period.

However, Rast’s move to Formula E in 2021 left Team Rosberg searching for another A-list driver, with Muller - who was Rast’s closest title challenger during the last two seasons - eventually hired as his replacement.

Muller in fact began his DTM career with Team Rosberg in 2014 and stayed there for a second season before moving across to fellow Audi squad Abt in 2016 and becoming one of the series’ top drivers.

Having worked with Muller during the two pre-season tests at Hockenheim and Lausitzring over the last two months, Liimatainen compared the Swiss driver with his team's most successful driver Rast, praising his approach to small details.

"Nico has become older, more mature and wiser,” said Liimatainen. “You can see that he is taking some responsibility - and is ready for it.

“He is now taking on a certain leadership role as a driver. I also see a lot of similarities with Rene. He's very detail-oriented and really puts in the work to gain an advantage. Not just for himself, but to move us forward as a team."

"He recommended certain people to me as consultants for this project, and I hired them. This comes from Nico. I'm not going to name names now, but there is someone who has a lot of experience as far as the Audi GT3 project is concerned. And that recommendation came from Nico." 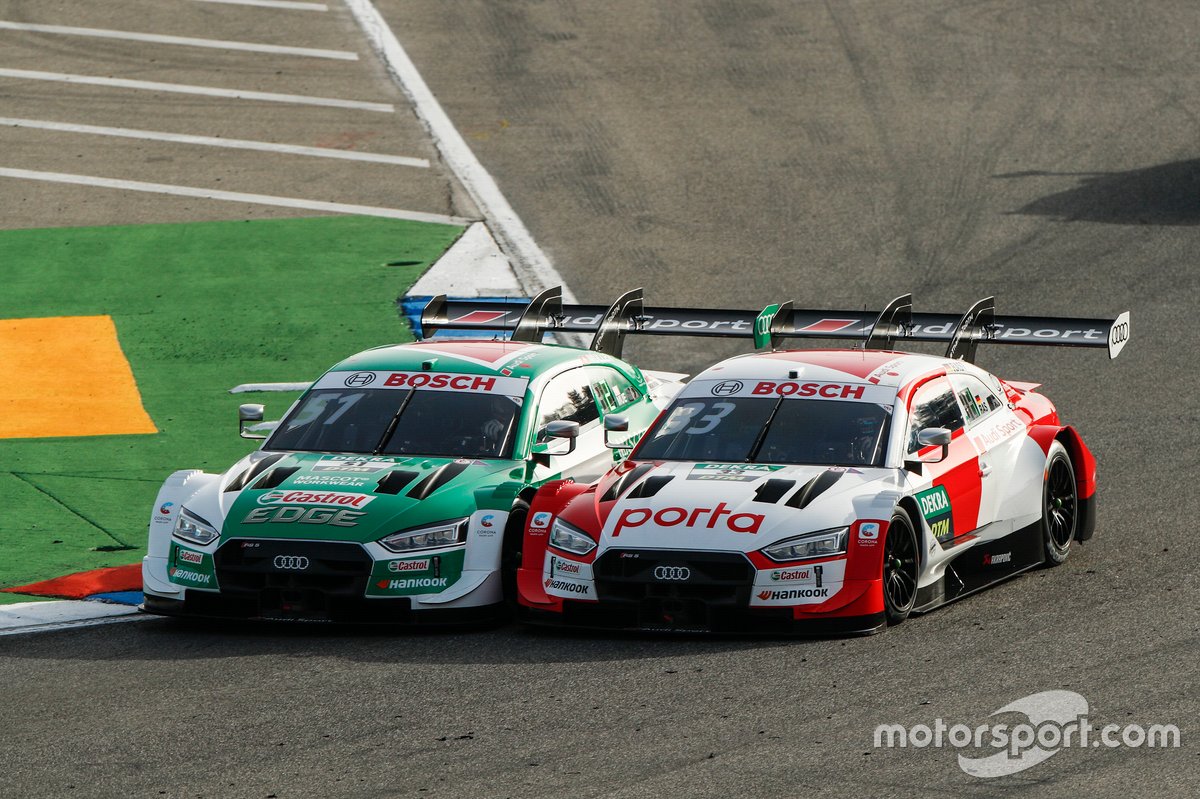 Muller himself said that he wasn’t expecting to change teams over the winter following the end of the DTM’s Class One era, and had little to no say in the matter.

“It was a decision taken by Audi together with the teams and I was largely not involved with it,” he said.

“For me let’s say there was initially never really a question of staying or leaving. For me initially it seemed logical to stay where I was and I felt very comfortable there and we also delivered quite good results, so I didn’t really think of anything else firstly.

“But as the topic came up I could also see the interest in the challenge of starting something new again and Rosberg has proved to be super successful in the DTM in the last few years, they know what they are doing, they are great people and they are very committed to doing well in this new era of DTM as well.

"I didn’t take the decision, I’m happy I didn’t have to because obviously it would have been a very difficult one."

In response to Muller’s comments, Liimatainen said Audi chose to move him to Team Rosberg to ensure all its factory-supported teams in the DTM had a balanced driver line-up.

"It's great that he's with us,” Liimatainen said. “He is definitely one of the best drivers in the Audi squad.

“For me it was clear: If I can't have Rene Rast because of Formula E, then I want Nico. Audi played along well with that. Therefore, everything is good."

Audi's Muller not expecting many more DTM win chances in 2022