Former W Series racer Esmee Hawkey will make her debut in the DTM this year with T3 Motorsport, becoming the second female driver on the 2021 grid after Sophia Floersch.

As reported by Motorsport.com earlier this week, Hawkey will drive a Lamborghini Huracan GT3 as part of an expanded two-car line-up by T3 Motorsport alongside the previously-announced Esteban Muth.

Hawkey took part in a private test with T3 Motorsport at Monza last week and was widely expected to secure a late berth on the grid, with the announcement coming just a week before the start of the season at the Italian Grand Prix venue.

Hawkey’s Lamborghini will carry the familiar white-and-black colours of ROKiT, which also sponsors the all-female W Series category that will enter its second season this year after a coronavirus-induced 2020 hiatus.

23-year-old Briton Hawkey finished 15th in the inaugural season of W Series in 2019 - which ran on the DTM support bill - scoring just two points with a ninth-place result at the Nurburgring.

“I can’t wait to get started,” Hawkey said. “The DTM is such a prestigious series with so much history so to be lining up on the grid this year is really exciting.

“I owe a huge thanks to both ROKiT and T3 Motorsport for making this happen. ROKiT have once again proved that they are a progressive and forward-thinking organisation that have made it possible for me to take the next step in my career.” 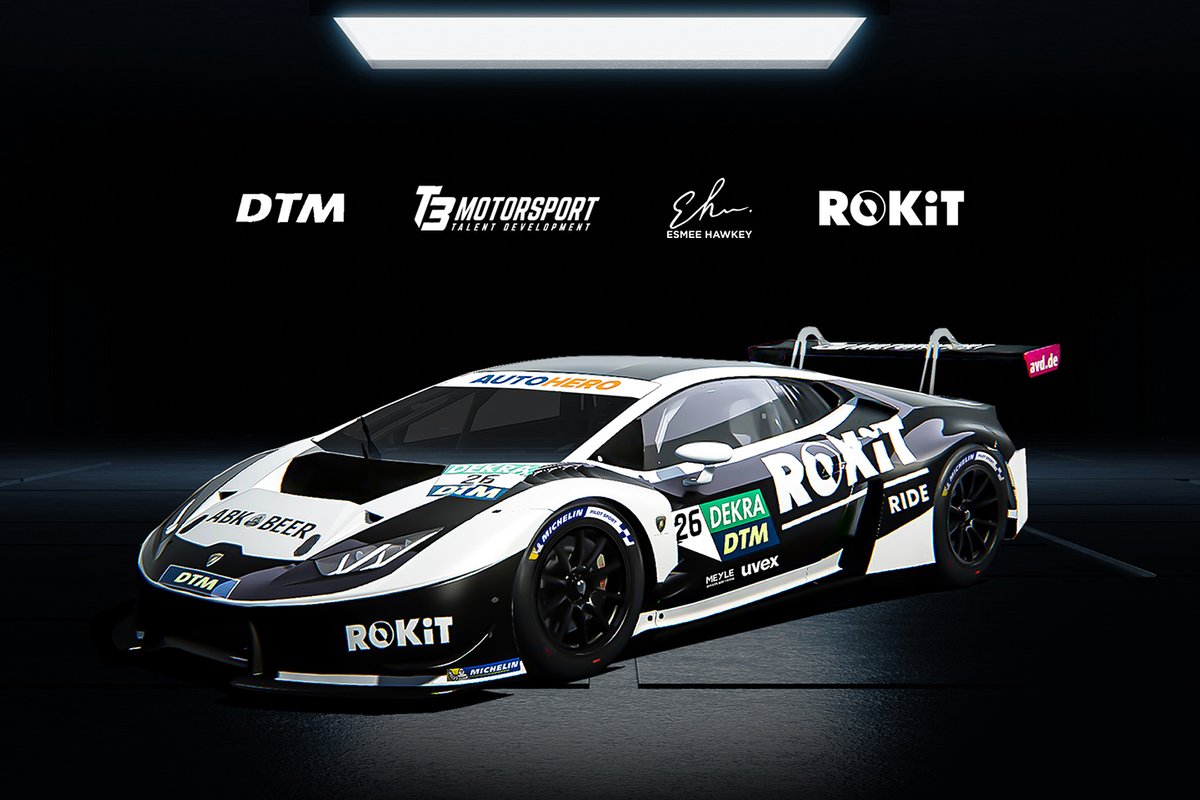 Germany-based T3 Motorsport will continue to compete in ADAC GT Masters and ADAC GT4 championships alongside its new programme in the DTM.

The team’s decision to field a second Lamborghini in the DTM takes the full-season grid to 19 cars, with that number rising to 20 at select venues where JP Motorsport will bring a McLaren 720S GT3 for ex-Formula 1 driver Christian Klien.

“T3 has a fantastic track record of developing young, driving talent and I have really enjoyed my first experiences with the team and car,” said Hawkey.

“With so little time before the first round, I know I am jumping in at the deep end but I’m excited to ramp up my preparations for the season. I know it is going to be a huge step up but it’s one I am ready to take and make the most of.”

Reigning Porsche Carrera Cup GB class champion Hawkey was originally due to race for the Iron Lynx Ferrari team in the European Le Mans Series this year as part of an all-female line-up alongside Rahel Frey and Michele Gatting.

But the Italian team terminated her contract after it emerged that she should have been classified as a silver driver, and that her bronze rating was a result of her management "providing incorrect information to the FIA through the mandatory application form.”

Hawkey and Floersch are the first female drivers to compete in the DTM since Susie Wolff and Frey in 2012.