Dovizioso: Audi happier than me about Misano showing

Andrea Dovizioso says Audi was happier with his performances on his DTM debut last weekend at Misano than he was himself.

Ducati MotoGP star Dovizioso made a rare foray into four-wheel racing at the Italian track, where he replaced Pietro Fittipaldi at the customer WRT Audi squad.

Having only had one test in RS5 DTM in the run-up to the event – where he was coached by two-time series champion Mattias Ekstrom – Dovizioso qualified 15th for the first Misano race and came away with a solid 12th-place finish in the opener.

The Italian ran as high as eighth early in the in the second race after starting 14th, but a spin dropped him down the order and he eventually came home 15th and last of the finishers.

Having come into the Misano weekend with “no expectations”, Dovizioso said he wasn’t fully satisfied with his performances due to the errors he made, but that Audi was pleased with his showing.

“In reality I am not very happy because I made some mistakes, whereas within Audi Sport everyone complimented me,” he remarked. “They were happier!

“Obviously they know how difficult it is to take on this challenge, so they have a clearer picture of the situation.

“I did not finish in the best position, coming outside the points, but when you analyse everything then you realise that you cannot do everything as a novice.”

Dovizioso said tyre management was one the areas he struggled with most at Misano, highlighting that on Sunday he couldn’t maintain his pace for more than 15 laps.

"Audi also confirmed to me that I could have done more, but I really didn't feel able to do it,” he reflected.

“The tyre drop is really incredible and pushing hard in the first few laps with a new tyre is a gamble that you pay for at the end of the race. And then you must learn to make better use of the track and feel at ease, which in any case are things that I have improved on over the weekend.

“It is very nice because you get closer to the reality of the other drivers who have been here longer. But I understand that if you don’t have the right feeling, whatever you do doesn’t come easily, even if you try it with commitment.”

Dovizioso said he was unsure if he would get further chances to race in the DTM, suggesting it was “hard” to convince Ducati to allow him to make his Misano outing during the MotoGP season.

He added that he would need a “maybe a season” of racing in the tin-top series to reach a level “close to the best drivers” in the series.

“In a year here you could learn many things that, having had very little time to try, clearly it was impossible for me to learn fully,” he said. “Being in contact with engineers, drivers and the environment for a long time would surely help you grow.

“Right now I feel far from having the car completely under control, there are so many aspects that I can improve: they showed me the data and you understand what others are doing, but feeling the car and understanding what is happening are aspects that require more time.” 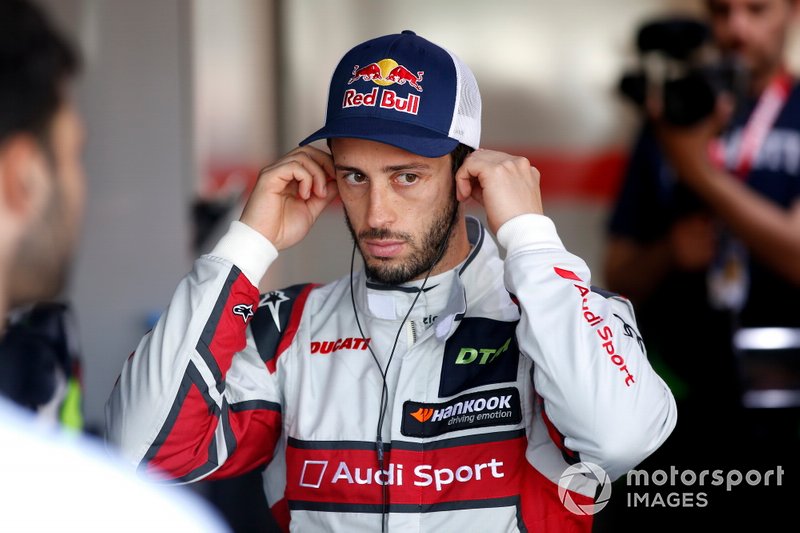