Sebastien Loeb says there is “nothing to be ashamed of” in losing the 2022 Dakar Rally, having done everything in his power to topple Toyota’s Nasser Al-Attiyah.

After dropping the best part of an hour behind Al-Attiyah with a mechanical failure and navigational drama in the first week, Loeb mounted a strong comeback in the second half of the rally, setting a series of quick times - including victory in Stage 8 - in a bid to unseat his Qatari rival.

However, the gap to Al-Attiyah ultimately proved too large to overcome and he was forced to settle for second position, missing out on the top spot by 27m46s.

The defeat means that Loeb will have to wait at least another year to clinch a maiden Dakar win, with the Frenchman having never finished higher than second in his six attempts in the last seven years.

But Loeb isn’t too concerned about the final result in 2022, saying he couldn’t have done anything more to close the gap to Al-Attiyah given how closely matched the Toyota was to his Prodrive-built BRX Hunter.

"Given that we were delayed from the start and that there are no big gaps in the stages, from the moment we lost time with our technical problem and then our navigation error, we were 50 minutes behind and from then on we could just try to work hard to make up some time," he said.

"That's what we did. From then on we had a great rally, we didn't make any mistakes, we drove hard all the time, with good navigation. We clawed back a few minutes here and there, but it was a rally where there were never any big, big gaps in the stages.

“I think that today the cars are all quite close; in the leading crews there is a good level, it's tight, there are a lot more cars fighting at the front than in other eras. 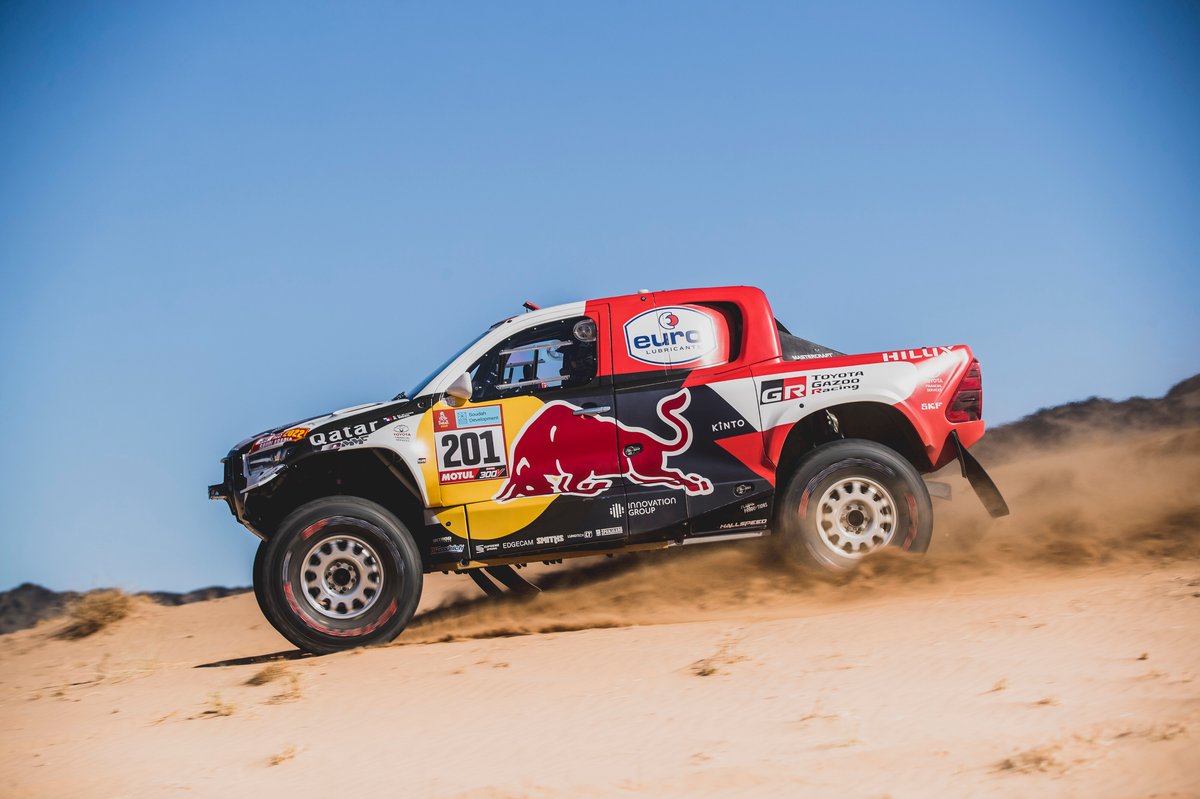 Friday’s success marked Al-Attiyah’s fourth title in Dakar and second with Toyota, putting him joint-second in the list of most Dakar wins in the cars category.

The 51-year-old admitted that it was hard for him to switch to a more conservative approach this year, having had to drive flat-out against the X-raid Minis in the last two editions of the rally.

"From the first day we built up a big gap, which we then managed until the end," he said. "In the second week we controlled it by leaving a few minutes in second place to Seb.

“It was not easy to manage because we needed to be strong and to focus. The speed we were going was very slow. This was not easy for me because normally I'm pushing.

“Before the rally, at the start, I said the main target is Seb, it will be a fight all the way. But we were really lucky and we made good time from the first week of the Dakar.”