Subscribe
Previous / Dakar mechanic dies on the last liaison of 2022 Next / Loeb: Second place in Dakar "nothing to be ashamed of"
Dakar / Dakar News

Audi will “kill” the competition in the Dakar Rally next year if the FIA doesn’t do something to balance its performance against petrol-powered cars, according to Prodrive chairman David Richards.

The German manufacturer made a splash on its Dakar debut this year, with its hybrid RS Q e-tron winning four of the 12 stages - including three in the second half of the rally.

It could have realistically contended for overall honours against the Toyota and Bahrain Raid Xtreme teams, with only a crash for Stephane Peterhansel on Stage 1 and navigational dramas for Carlos Sainz and Mattias Ekstrom on the same day leaving it out of the fight.

Nevertheless, Ekstrom ended up a solid ninth in the final classification, while Sainz finished on the cusp of the top 10 after scoring two stage wins on either side of the rest day.

Audi's incredible pace caught the attention of Richards, whose Prodrive operation powered the BRX team to second in the Dakar with Sebastien Loeb at the wheel.

The former WRC and Formula 1 team boss feels the FIA must analyse and act upon the data from this year's Dakar to ensure Audi doesn't walk away with the title when it returns to the rally in 2023 with a more reliable car.

As part of the new regulations for 2022, the FIA has promised complete parity between T1+ cars such as the Prodrive-built BRX Hunter and electric/hybrid cars entered in the new T1 Ultimate category.

"I think we have to find a good balance now, because it's very clear this year it will be between Toyota and ourselves, but everyone knows that the Audi is way faster than all our cars now," Richards told Motorsport.com.

"It's the fastest car by a long way. So we have to find a balance so everyone has an equal competition. And that's the job for the FIA to achieve that. Otherwise, Audi would come and kill the sport. So we have to sort that out.

"It's very hard for the FIA at the moment to get control when you have new technologies. And so we have to give them some benefit [of the doubt], to have some time to analyse the data and to get everything equal again.

"I think between ourselves and Toyota, we can't argue at all. It seems very fair. I spoke to Seb, I spoke to Nasser [Al-Attiyah], everyone seems to think we are very equal in between Toyota and ourselves.

"But clearly the performance of the Audi is at a different level. They are 200kg overweight and they are still a lot faster than our car. So if they had been reliable they would have won by an hour, easily.

"The FIA will have to address that problem because the FIA committed to making everything level, so I trust in them for that." 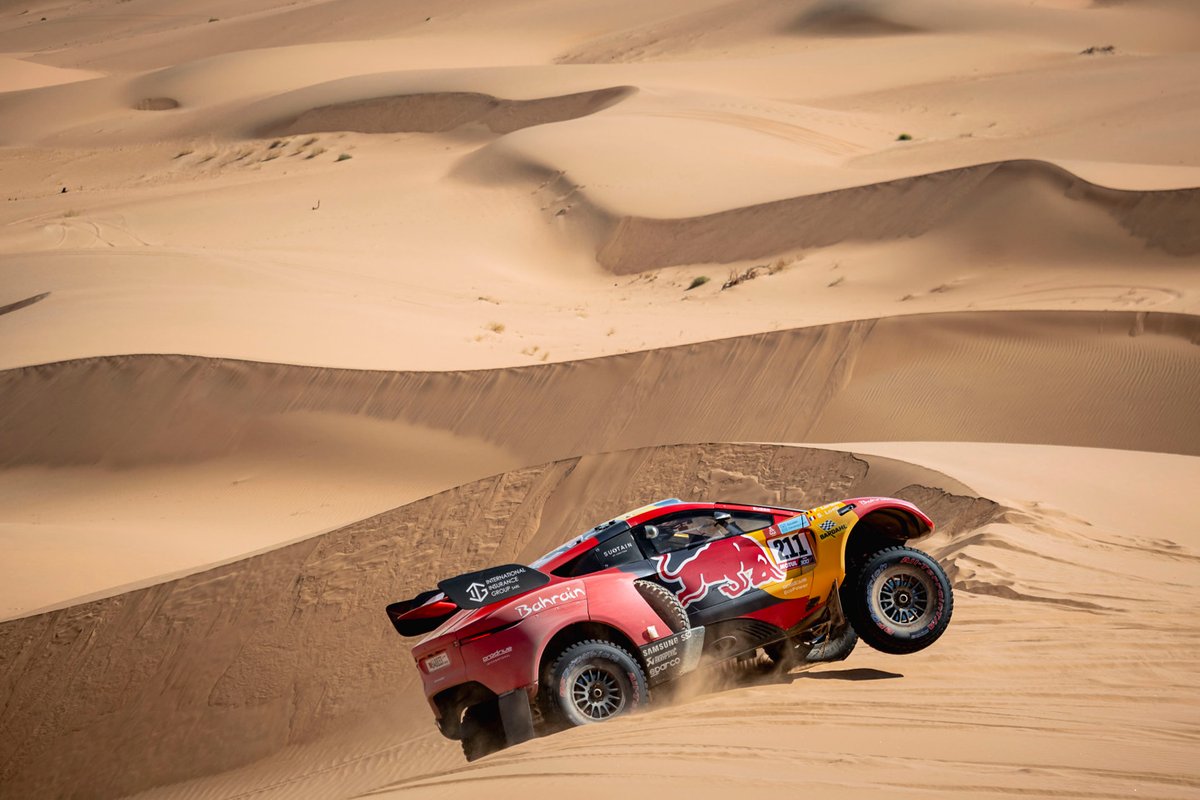 Toyota clinched its first victory in the Dakar since the event moved to Saudi Arabia in 2020, with Nasser Al-Attiyah leading from start to finish in the new Hilux T1+.

While Al-Attiyah had such a big lead going into the second half of the rally that he could afford to take a conservative approach and still score the overall win, Toyota's Dakar team manager Glyn Hall agrees with his Prodrive counterpart that Audi was in a different league in terms of raw pace.

"Well, the problem we've got is the Audis did a fantastic job showing how fast they were," Hall told Motorsport.com. "We have to look at that in detail because we know they are 200kg overweight and they are still winning lots of stages.

"So there is a big job coming up. But luckily the Dakar has worked out and made everything good."